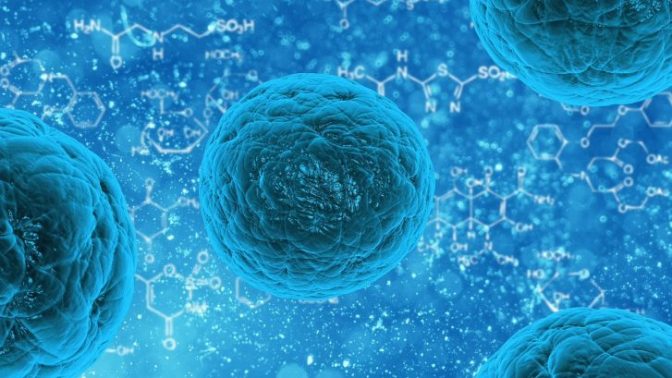 (Naturalhealth365) According to the U.S. Centers for Disease Control and Prevention (CDC, 650,000 Americans a year undergo chemotherapy in an attempt to battle cancer.  Yet this toxic treatment has a poor success rate in treating most kinds of cancer, and its benefits can be short-lived.

Making the picture even grimmer is the fact that cancer recurrence after chemotherapy is frequently deadly. Now, from the front lines of cancer research comes the disturbing news that one particular type of chemotherapy can actually lead to cancer regrowth and recurrence.

Therapy-induced senescence, often touted as a new weapon in cancer therapy, is the technique of “putting cancer cells to sleep.”  The protocol is intended to place cancer cells in a state of arrested growth in which the cells are alive, but not dividing.

While senescence is supposed to prevent further cancerous growth, new research shows that it can serve as a sort of “nursery” and safe harbor for cancer stem cells – the most dangerous and treatment-resistant type of cancer cells.  A pair of recent studies reveals the consequences of therapy-induced senescence.

In an explosive article published in Frontiers in Oncology last month, Dr. Markus Schosserer, Ph.D., wrote that is there is ample evidence that senescent cancer cells can produce inflammatory molecules that promote a rich environment for cancer regrowth.

And, in a breakthrough German study published last week in Nature, the team presented startling conclusions of their own: senescence not only helps cancer cells avoid death, but actually transforms them into cancer stem cells.

This is very bad news, as stem cells – with the ability to break from a tumor and metastasize through the body – also happen to be the most resistant to treatment.

In the German study, researchers examined human lymphoma cells which had been treated with drugs to induce senescence – and discovered that the cells were developing “stemness.”  In other words, the lymphoma cells started to express genes that are vital for maintaining stem cell function.

When the team “released” the cancer cells from senescence, they discovered an alarming outcome. The cells began to multiply again – and at a more rapid rate than those that had not become senescent.

Although senescence is supposed to be irreversible, the team found evidence that cancer cells can indeed escape senescence on their own – without the help of the genetic manipulation used by the team. Testament to this unfortunate possibility is the fact that the scientists found more previously-senescent stem cells in tumor patients after lymphoma recurred than had existed in the same individuals when they received their initial treatment.

This demonstrated to the scientists that at least some of the cells had “figured out” how to outwit senescence.  Noted professor of experimental oncology Dr. Jan Paul Medema commented, ‘there is compelling evidence … that … when cancer cells escape from senescence, they have an enhanced ability to drive tumor growth.’

Study leader Dr. Clemens A. Schmitt reported that switching off a specific cell signaling pathway could work to neutralize stemness in the previously senescent cells.  But there is no doubt that the study findings pose a definite setback for a formerly-promising protocol.

In addition, other studies have emerged showing that chemotherapy can do more harm than good.

A common protocol for breast cancer patients is to surgically remove tumors after chemo has been administered. The theory is that the chemo will help shrink the tumor, while preventing the spread of cancer throughout the body.

But the treatment may accomplish the opposite effect.

The toxic chemo drugs may actually switch on a repair mechanism – creating more blood vessel pathways and permitting tumors to grow back even stronger.  In an animal study at the Albert Einstein College of Medicine, researchers found that chemotherapy triggered the circulation of more cancer cells throughout the lungs and the body.

The late Nicholas Gonzalez, MD, cancer physician and researcher, long maintained chemotherapy is ineffective in treating most cancers, including breast and organ cancers. (The notable exceptions, he maintained, are cancers such as lymphoma and leukemia).

For a compelling interview, in which Jonathan Landsman and Dr. Gonzalez discuss chemotherapy and stem cell growth, check out this video – below.

Neutropenia, the most serious side effects, involves the depletion of white blood cells needed to fight diseases and infections.  Weight changes and mood changes – with depression, memory loss and inability to concentrate – may also occur.

Normal cells most likely to be damaged by chemotherapy are cells in hair follicles, blood-forming cells in the bone marrow, cells in the mouth and digestive tract and cells in the reproductive system.

Experts report that in some situations – for example, the early stages of colorectal cancer – chemotherapy has been shown to provide some benefit, granting extra years of life. But on the whole, chemotherapy yields disappointing results, and may even exacerbate cancer cell growth – as shown in this pair of startling studies.