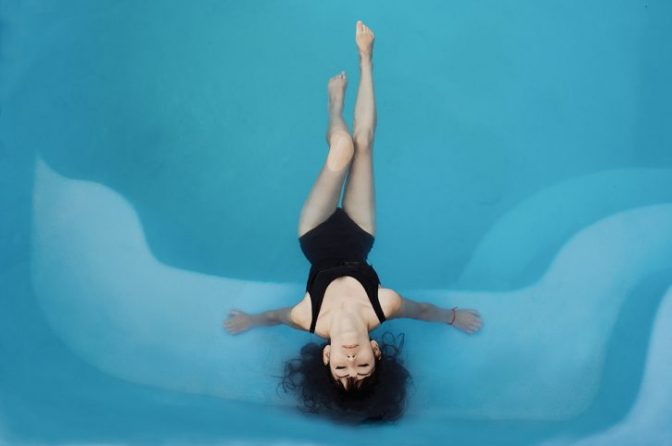 This year marks the 20th anniversary of The Vagina Monologues and V-Day, a global movement to end violence against all women and girls (cisgender, transgender, and gender non-conforming). The famed collection of monologues was created by Eve Ensler after interviewing hundreds of women. It focuses on issues of harassment, rape, battery, incest, female genital mutilation, and sex slavery.

Since 1998, the famed reader’s theater production The Vagina Monologues has been performed across the world by local V-Day activists — always during the month of February, for obvious cultural and alphabetical reasons — raising over $100 million dollars for grassroots anti-violence groups and safe houses for women in places like Kenya and Afghanistan.

Under the umbrella of the V-Day organization, local volunteers and college students produce annual benefit performances of The Vagina Monologues to raise awareness and funds for anti-violence and support groups within their own communities. This year, over 2000 performances are being presented in over 650 venues worldwide.

I’m honored to be participating at one of those venues, presenting a monologue I wrote. Each year V-Day creates a Spotlight presentation around a particular group of women who are experiencing violence, to raise awareness and funds to go specifically to that cause. This year they instead invited local organizers to spotlight up to three voices from the community to speak on an issue of their choice. Which meant it was my lucky year… finally. 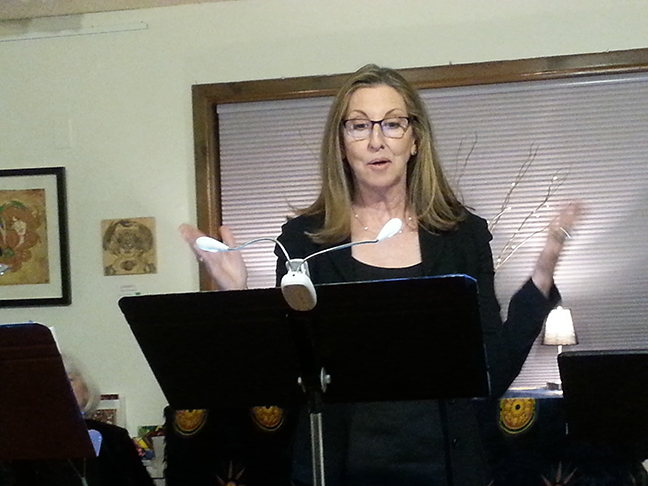 Here is my original “Spotlight” monologue:

Talking Back to The Vagina Monologues

Okay, I’ll confess, finally, after all these years: I was desperately disappointed with The Vagina Monologues! Wow, that feels good. I’ve been carrying this grudge since 2002, when I saw it in L.A. with Melissa Joan Hart (and I wish I could remember the other 2 actors who presented with her)…

I was gob-smacked that throughout 2 hrs. of (supposedly) ground-breaking monologues dedicated (supposedly) to the sexual dimension of a woman’s psycho-anatomical makeup — Eve Ensler included not one single mention of <gasp> menstruation. No period, period.

But we all have periods.

And we all had mothers who had periods and who handed down to us their attitudes about their periods, which in turn set the tone for how we embraced, or distained, our awesome but culturally taboo creative powers as women.

My mother’s attitude toward all things womanly was deeply, tragically colored by how betrayed she probably felt by her biology. She was my adoptive mother, so right there she and I lacked that basic connection that happens as we are intricately woven from the very substance our mothers offer… the knitting together of organs, bones, tissue… in the in intimate darkness of the womb. My adoptive mother had given birth to a baby who died… then she had a near-fatal miscarriage… and then they adopted me.

I learned ever so subliminally from my mother that being a woman was fraught with burdens and peril. The whole woman-thing about the period and having babies and such? Well, that was so frightful she couldn’t even talk to me about that herself. She enlisted Shari, who was 4 years older than me, sort of like an older sister, to perform that chore instead.

“You know what comes at the end of a sentence?” That’s how Shari began my initiation into the deep mysteries of our female sisterhood.

In fact, that right there is probably a fairly universal experience women share: apologetic monologues in which uncomfortable mothers (or older sisters) hastily explain to their embarrassed daughters about “that time of the month” in terms that engender disgust and shame (or at the very least, apprehension) rather than a sense of the sacred privilege and power of fertility unfolding inside them.

True, privilege and power aren’t usually associated with our “visit from Aunt Flo”! But one of my most colorful teachers in the pregnancy and birth world (Jeannine Parvati) urged us to reconsider the true meaning of our monthly moon time: “Menstruation is the red flag that salutes the hard work of the preparation for another conception. Modern women suffer pre-menstrually because they do not fully comprehend the magnitude of the psychic and nutritional preparation that is required to build a healthy lining for an embryo. Your body has not slackened off from its commitment to reproduction and pulls from every cell to fulfill this mandate.”

This most basic of biological functions, essential to all human life, is completely taboo. It’s like the banished shadow aspect of sex itself, which is the opposite of taboo: virtually every sitcom joke… most jokes of all kinds… and even Twitter duels between global super-powers… are about sex.

A few years ago the taboo-busting Dr. Oz boldly went where few men (or women) are ever willing to go, particularly in the tepid waters of daytime network television: he went to the flow. He did a segment teaching women how to decode the bloody display they see in the toilet or on the pad for important health information.

As thrilled as I was to see this happening in such a mainstream forum, I was equally saddened to hear what some women had to say about just looking at their own menstrual flow: “Ew.” “It grossed me out.” “It was just so disgusting.”

Let’s remember what they are talking about: the nutrient-rich uterine lining that is lavishly prepared by our amazing bodies each and every month — in case a wee, potential human should happen along (in the form of a fertilized ovum) and embed itself there to begin growing. No fertilization, no need, and so we shed that nourishment source as our monthly flow.

As sad as it was to hear these women revile their own flow, it wasn’t surprising. We grow up with these questions, questions which in our culture end up being rhetorical: Are our bodies a locus of integrity, honor, power, or are they reservoirs of “unfresh” odors that need to be tamed with Summer’s Eve?

Are we empowered by the life-giving energies of our miraculous, mysterious bodies, or are we diminished by the onslaught of cultural messages that casually characterize those energies as “the curse”?

Do we teach girls about respecting and shepherding their generative powers as women, or do we rely on commercials that counsel them about the best product to medicate away the entire experience, cheerfully pronouncing “your period is more than a pain — it’s bloating as well!”?

Ensler’s collection shines a glaring light on one dimension of womanhood — sexual violence, victimization and a strident reclamation of power — while leaving this more universal, and possibly inspiring, dimension in the dark.

But to tacitly participate in the taboo against naming the bloody proof of a woman’s procreative, generative powers, is to sanction another kind of victimization process, one that is insidious and is as old as the patriarchy itself. That is, it reinforces a misogyny that demeans and demotes — or merely dismisses — the feminine in all its fierce, life-giving power.

My teacher Jeannine, whom I mentioned a moment ago, dedicated her life to raising (or more accurately, restoring) women’s — and men’s — awareness of their connection to the earth and its cycles, and of the innate wisdom and power that resides in each of us.

Women, we hold the power of LIFE inside us. This is our most fundamental super-power… and whether we use it to birth a child or a painting… a rock band or a revolution…

…I cannot help but believe that claiming and LOVING every aspect of our generativity will make women a bloody powerful force to be reckoned with, to be respected, to be cherished.

[Afterword: To be in full alignment with the truth, some years after I saw The Vagina Monologues, they did add a piece about menstruation, entitled “I Was 12 – My Mother Slapped Me.” It portrayed quite poignantly the mostly negative cultural connotations Western women grow up with, and nothing about generativity or power.]

Photo by Camila Cordeiro on Unsplash