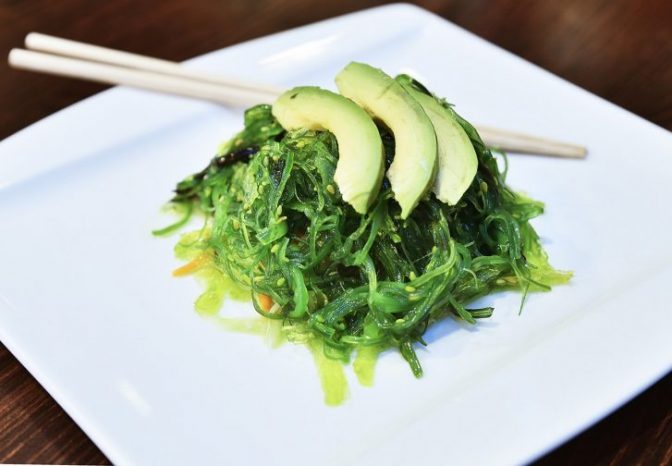 (NaturalHealth365) Breast cancer, the most common cause of death from cancer for women of all ethnicities, claimed 42,000 lives in the United States in 2014 alone – a truly grim statistic. But a new study – in which seaweed worked better than a leading FDA-approved pharmaceutical medication to combat breast cancer – is raising hopes that this safe, natural superfood could alter the face of cancer treatment as we know it.

In a groundbreaking animal study published in Nutrition and Cancer, researchers found that edible red tropical seaweed was more effective than tamoxifen – an FDA- approved medication considered the “gold standard” of anticancer drugs – in suppressing experimentally-induced mammary tumors in rats.

First, the researchers divided the rats into three groups. One group was given no treatment whatsoever, while the second group was given tamoxifen and the third was given a type of red seaweed scientifically known as Eucheuma cottonii L. and commonly known as guso. The seaweed group received a dosage of 100 mg/kg of body weight – which translates to roughly 800 mg for a 110 pound human.

And the results were astounding.

A mere four weeks into the study, researchers found that rats in the red seaweed group experienced an astonishing 97 percent decrease in tumor size. (If a pharmaceutical drug achieved this level of success, there is no doubt that manufacturers would be trumpeting the results far and wide!)

But that wasn’t all – red seaweed also boosted the activity of superoxide dismutase and glutathione – a pair of disease-fighting antioxidants – by a stunning 78 percent.

While tamoxifen cut tumor size by 71 percent – a less impressive rate than that achieved by seaweed – it also slashed levels of SOD and glutathione by 60 percent. And, while seaweed presented “zero” toxicity to liver and kidneys, tamoxifen produced visible lesions on these vital organs.

While ancient healing systems – including Traditional Chinese Medicine and Ayurveda – have long used seaweed to fight cancer, Western medicine has been slower to catch on.

Seaweed’s first recorded use in mainstream medicine took place as part of a study in Italy in the 1960s – where an impressive 68 percent of 162 patients recovered after receiving a combination of intramuscular seaweed injections and chemotherapy.

Puzzlingly, there was a lapse of 20 years, in which no further research was performed. Then, in the mid-1980s, Japanese researchers undertook a series of studies – and declared seaweed extracts to be more effective against cancer than conventional chemotherapeutic agents.

Since then, numerous studies have highlighted seaweed’s ability to inhibit the growth of experimentally-generated cancers and to prevent cancer cells from growing and reproducing.

A 2001 Japanese study found that wakame seaweed suppressed breast cancer mammary tumors. And, research conducted at the University of California at Berkeley suggests that consumption of bladderwrack, a type of brown seaweed, can reduce risk of estrogen-related cancers.

Researchers believe that fucoidan – a polysaccharide found in red and brown seaweed – can directly trigger cancer cell death by promoting the production of caspase, an enzyme that helps to trigger apoptosis – or “cell suicide.” Alginic acid – another natural compound occurring in seaweed – may also contribute to seaweed’s anti-cancer effects.

Naturally high in iodine, seaweed can help correct deficiencies that might otherwise lead to the development of breast cancer.

It is also extremely rich in specific micronutrients believed to offer some protection against cancer. Seaweed is an excellent source of the antioxidant vitamins A, C and E – as well as a good source of B-vitamins such as pantothenic acid, riboflavin and folate.

Essential minerals, including calcium and manganese, round out seaweed’s impressive nutritional profile.

How can I use seaweed to help prevent breast cancer?

The best types of seaweed to consume for breast cancer prevention are brown and red seaweeds, including wakame, guso, kombu – or kelp – hijiki, sargassum, dulse and Irish moss. You can try seaweed toasted, served as a side vegetable, or added to soups, stews and salads.

Many natural healers recommend whole seaweed over kelp supplements, which are produced by superheating seaweed and then grinding it into a powder – a process that may deplete nutritional and medicinal value.

Of course, like any other food, be careful of the source to avoid unwanted contamination.

Important note: For some, seaweed’s high iodine content can be problematic. When kept to about .25 ounces per day, or 7 grams – the amount customarily eaten by millions in Japan – seaweed consumption is safe. However, consumption in the range of 10 to 20 grams of seaweed daily can cause thyroid problems.

To be safe, always talk to a trusted, healthcare professional before making any changes to your dietary habits.

In closing, and interesting to note, rates of breast cancer in Japan – 42.7 cases per 100,000 women – are much lower than U.S. rates (76 per 100,000), and high consumption of seaweed plays a likely role. So, making this intriguing “sea vegetable” a regular addition to your diet may prove to be a wise choice for you.

Editor’s note: My wife and I LOVE to eat this dulse from Iceland – available inside the NaturalHealth365 Store.   It’s so fresh, raw and loaded with valuable vitamins and minerals.  Click here to order today!