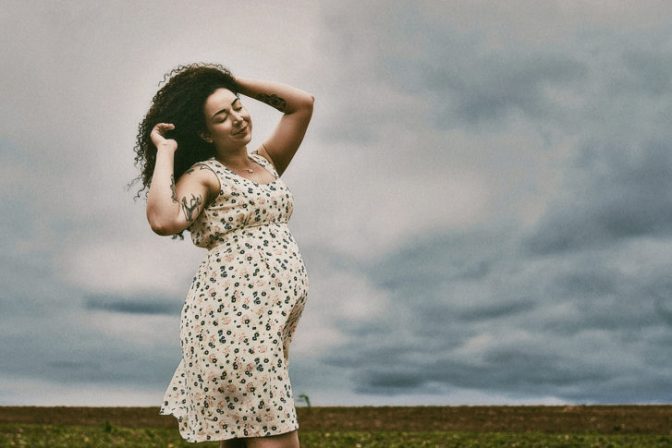 The universe has presented us with a powerful means of creating peace: the way we bring our children to life.  Important principles about the influence of our thoughts and attitudes, together with leading-edge research, offer us an invitation to effect fundamental changes through conscious conception, pregnancy and childbirth—thus bringing into the world individuals who are “built for peace”!

Most of us would subscribe to the goal of a peaceful, ecologically sustainable world where our great-grandchildren can thrive. But that goal seems far out of reach. A joint study by Harvard and the World Health Organization finds that the U.S. suffers the highest rate of depression (9.6%, meaning more than 9 out of every 100 people) of the 14 surveyed countries, including war-torn Lebanon (6.6%) and poverty-stricken Nigeria (0.8%). The use of anti-depressants and other psychotropic drugs for school-aged children (and preschoolers!) has risen steadily over the past decade. Youth suicide has become the third leading cause of death in American 15-24 year-olds, and has doubled in the 5-14 year-old age group.

We are steering the wrong course.

The idea that parents wield the most fundamental, lasting influence on the socio-emotional health of their children is decidedly un-PC. The notion that there is an ideal toward which we might strive in human endeavors is also un-PC, for it risks engendering guilt. But the resulting responsibility-free mentality creates disempowerment and hopelessness instead!

Dotty Coplen writes in Parenting for a Healthy Future, “The more we understand about the future consequences of what we are doing, and the intent that goes with the action, the more successful we will be in caring for our children with our own purposes and goals of parenting in mind. Parents need to decide together what they believe to be a healthy human being.”

Research indicates that a healthy human being has a brain wired with the capacity for self-regulation, self-reflection, trust, and empathy. A healthy human being has the heart to embrace and exemplify peace, the mind to innovate solutions to social and ecological challenges, and the will to enact them. Such a human is never a genetically predestined fait accompli, but the result of dynamic interactions between genetics and environment—with parents being the most influential environmental variable. The capacities needed for optimal—or even passable—human psychosocial well-being are created through healthy, attuned relationships with a select few consistent adults for the critical first three years. The opposite situation is not usually malicious abuse, but rather the kind of unintended neglect that occurs when parents are overworked, overwhelmed, under-supported.

Thus—please hear me clearly here!—this is not about placing blame or provoking guilt in parents who are doing the best they know how. This is about compassionate awareness, about understanding ourselves and our own stories: we have all been babies, toddlers and children! This is about the mysteries of our own divinity.

Conscious Conception as a Quantum Collaboration

because one and one make two. But you must also understand “and.” — Rumi

We tap into a powerful dimension of human development when we broaden our perception of what happens in the “simple” process of fertilization of the egg by the sperm. Consider the implications of findings in quantum physics, cell biology and epigenetics, such as non-local mind-matter interactions, and the effects of “directed intention” on microbes, human cells, and biochemical reactions in the body.

Einstein and his colleagues founded modern physics on the principle that the “simple” act of observation changes the nature of a physical system, leading them, as Dean Radin puts it, “to think deeply about the strangely privileged role of human consciousness.” Many scientists have since prodded at the brittle edges of the Cartesian paradigm, seeking to understand the role consciousness plays in our physical world. Cleve Backster’s research demonstrating the responsiveness of cells of all kinds (human, plant, bacteria) to human thoughts and intentions is of particular relevance, as well as Masaru Emoto’s research on the effect of intention on the organization of water’s molecular structure.

Let us consider some brave new implications for human development at its very beginning—conception—of thought as an organizing principle. Ancient Vedic literature refers to the importance of conception as a moment that both captures and reflects the nature of the consciousness of the parents, and lays that portrait down as a gossamer watermark upon the new being, intangible, yet a lifelong, fundamental organizing principle, underlying everything else—including DNA.

What an opportunity we have at conception to offer a new physical being thoughts and intention that invite harmonized, healthy organization and growth! This isn’t mere hypothesis: neonatologist Jean-Pierre Relier highlights embryological research on very early cellular distribution of IGF (intrauterine growth hormone) receptors, that demonstrates the importance of emotional stability in each of the parents at the time of conception for healthiest development of the embryo and placenta.

In a Cartesian framework, the size of something is related to its importance and significance, and there is the tendency to think, How could anything have a lasting impact so very early, when there is just one or two or twelve cells? But recalling chaos theory’s “sensitive dependence on initial conditions,” doesn’t it make sense that a very positive, or very negative, environmental message would bear the most pervasive influence upon a tiny, emerging system, considering that each cell division will replicate that cell’s “knowledge” again and again?

The Role of Joy in Pregnancy

Cell biologist Bruce Lipton’s drumbeat of a mantra is, “At every level and every stage of development, there is either love—and with it, growth—or fear—and with it protection and a thwarting of growth.” Those cues come from the environment, or more precisely, our perception of the environment—and this is where our divine nature comes in, via what Joseph Chilton Pearce in The Biology of Transcendence calls our “glorious prefrontal cortex.” This is the hardware that runs our consciousness software, you might say! Lipton points out that for a growing embryo or fetus, it is the mother’s perception of life, her psychological “atmosphere,” that gets downloaded as biochemical and energetic instructions about the world into which it will be born—a world in which to thrive or survive.

Rudolf Steiner in the early 1900s taught that, “During pregnancy, the mother’s joy and pleasure are the forces that provide her baby with perfect organs.” The latest research proves him prescient. A pregnant mother’s state of mind is her baby’s entire universe. Her depression or unremitting anxiety (not the occasional stressful days that are simply part of life!) communicates to the baby that it is going to be born into a dangerous environment, and its brain cells adapt to function in an unsafe world. The implications of this for society are immense. Babies of stressed mothers develop unconscious coping and survival skills like hyper-vigilance and hyper-reactivity, and their neural chemical receptors designed to perceive pleasure and contentment suffer decreased sensitivity.

A vicious cycle can begin early and spiral insidiously downward as the child grows: the baby is hard to soothe, which frustrates Mom and Dad; this generates a spectrum of strong feelings within them, which further activates the baby’s heightened “antennae” for threat, makes him even more agitated, and may lead to subtle or outright neglect or abuse by exhausted, exasperated parents. With no positive interruption of this negative feedback loop, the child has limited opportunity to internalize the self-regulating capacities developed through healthy attachment; once the toddler is a “handful,” there likely are consequences to “make the child mind,” punishments whose shame-based action further thwarts peace-oriented brain development, hardwiring it instead to thrive in a threatening world. Later, the child’s “impulsivity” gets labeled, and his sense of alienation—from himself, from others, from Life—intensifies.

Thus, a pregnant mother’s joy is a fundamental prenatal “prescription” for peaceful babies—and grownups! When joy seems out of reach, it is possible to coax it towards you. Gratitude is one of the most powerful forces for well-being. Smile, say an inner “thank you” for some blessing in your life, breathe mindfully, invite the imagination in, dream noble qualities for your child, envision her luminous unfolding. Joy will likely surface.

Learning is Embedded in Relationship

Building on the foundation of a healthy brain at birth, the critical first three years teach a child—via her relationships—myriad important lessons for a healthy self (“I’m effective in the world,” “I can trust others to be there for me,” and so on.) A child who is securely attached to his parents is deeply motivated to behave in harmony with them. This becomes a positive feedback loop in him, which gradually expands outward to include the wider world in the category of “those who matter to me.”

Children take our cues about how to treat themselves, others and the environment—with compassionate care or mindless disregard. We need to embody the peace we want them to manifest one day. Children learn unfortunate lessons of cynicism (a subtle violence) when their parents pleasurably criticize friends, acquaintances, and politicians. Choose words that are kind, beautiful, meaningful and clear. Children absorb the inner and outer atmosphere we create.

Be peace for them, from the very beginning.

Marcy Axness, Ph.D, is an early development specialist, parent coach and author of Parenting for Peace: Raising the Next Generation of Peacemakers. An authority on adoption, prenatal development and Waldorf education, Dr. Axness is a popular international speaker and has a private practice counseling parents-in-progress. She considers as her most important credential being mother to Ian and Eve, both in their twenties. Marcy is offering New Earth readers a free copy of her “7-Step Guide: Helping Your Child Release Stuck Behaviors” ebooklet, a unique bodymind tool for parents to use with children of all ages.