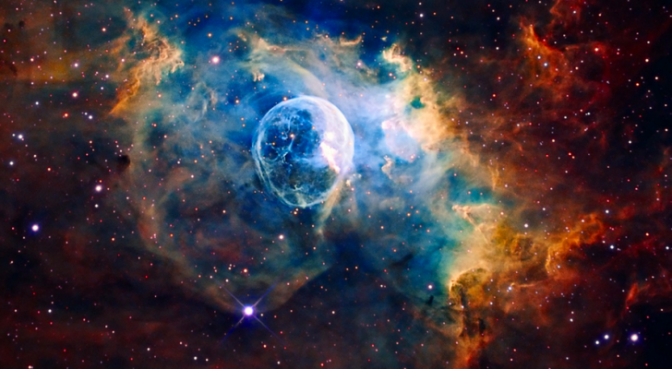 “As above, so below, as within, so without, as the universe, so the soul…” – Hermes Trismagistus

Cosmic consciousness is a term that was first coined in 1901 in the book Cosmic Consciousness: A Study in the Evolution of the Human Mind by Richard Maurice Bucke, and became popularized through the teachings of Deepak Chopra.

It is defined as:

“Cosmic consciousness, a consciousness of the life and order of the universe which is possessed by few men at present.

It is a further stage of human evolution which will be reached by all humanity in the future.”

Some may also refer to this concept as Pantheism, which is the belief “that the universe (or nature as the totality of everything) is identical with divinity,[1] or that everything composes an all-encompassing, immanent God.”

While the current state of consciousness that dictates our reality still tends to anthropomorphize God in an attempt to relate to “the-all-that-is,” it is through digging deeper and connecting the dots of what we see and what we cannot “see” that we can find what God may truly mean.

Through my understanding, experience, and research… it seems to me that God is not a noun, but rather a verb. “God” is poetry in motion, it is the process of not only doing, but also being. The concept of Creationism is convoluted by religion, because of the dangers of personifying God with human characteristics. With God being a verb, Creationism is the adverb, as God is creative energy expressing itself through life force, and life force is creative energy perpetuating creation. Creation in the form of art, technology, music, dance, making love, scientific discovery, giving birth… this is God expressing itself on Earth through the human experience.

We can see God expressing itself on a cellular level hidden in the pattern that connects humanity to nature, as well as the cosmos. If you look to the trees, the sky, and all around you – this intelligence reveals itself through the sacred geometry that governs intelligent design.

Once you identify the pattern, you can find God in all. God is expressed through the action of what you create, and you are a part of this God because creation created you to be creative. God is within, but is also without… and if you look to nature, you can appreciate this pattern through your every breath.

This is what it means to be cosmically conscious, to see God in all, and to be God in all you create. The ONE source is pure divinity, but you are a part of that divinity – you are not separate. Jesus, Buddha, Krishna, Osiris, Moses, Thoth, Socrates, Hermes, John Lennon, Gandhi, Martin Luther King, Buckminster Fuller, Alan Watts, Terence McKenna, Drunvalo Melchizedek, Deepak Chopra, Esther Hicks… all have lived this concept, but they reveal it through the language, poetry, and music that is indicative of their time and experience. There is NO separate from source, there is only separation through language/humanity’s comprehension of the messages encoded through text and “implemented” through the rules and rituals that put religion into a box of belief.

The “box” is an illusion, the limit doesn’t exist… life, just as the universe, is ever evolving, expanding, and infinite. As unorthodox as it may seem, God truly is ALL, ALL is God, God is the cosmos, you are the cosmos made conscious, and this lifetime is merely but a chapter in a story that never ends.