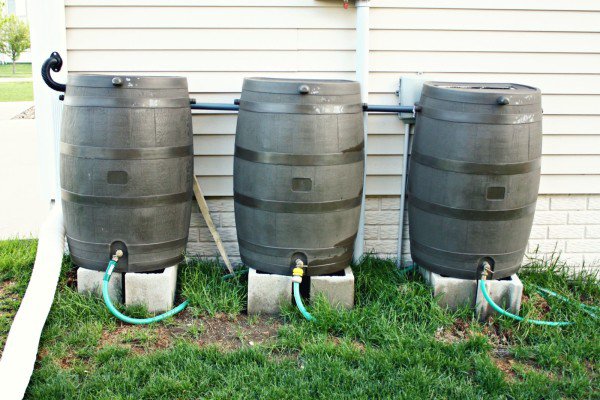 Jon and Sabrina Carey live in Butte Falls, Oregon, on 10 acres of land. Though they only purchased the property two and a half years ago, the pond that resides there has been in place for 40 years. Now, the couple is being told by the government that they must destroy the two-acre pond.

“I basically bought a lemon,” said Jon in an interview with the Mail Tribune. “That’s how they explained it to me.” The Jackson County Watermaster’s office informed the couple that they don’t have any water rights to the pond.

They have tried pleading with the Medford Water Commission to adopt the pond and treat it as a municipal water source. The commission has rights to the watershed around the Careys’ property, where a large quanity of ponds are located, as well as Medford’s primary water source, but Jackson County Watermaster Larry Menteer has opposed the idea because of the example it would set.

The Careys are asking for the Water Commission to grant them a permit for municipal storage, so that the water could be used for emergency firefighting, wildlife habitat, and as an additional source for municipal needs. They have assured officials that they won’t use the water for their own purposes, but simply just want to save the pond, as without it, their property will be immensely devalued.

The Water Commission will be taking the couple’s request into consideration Wednesday, though the staff has reportedly recommended denying them.

The couple have made public their suspicions of water leaking from the Eagle Point Irrigation District canal above their property, which they believe may be seeping into their pond as a result.

Sabrina Carey said she looked into country records prior to buying the property, and it was clearly stated that it had a pond.

Jon Carey also said that, upon deciding to grow medical cannabis on his property, he had to prove that he had a viable water source. This is when the water master’s office informed the couple that the pond violated state regulations, and that the previous owners didn’t have a permit.

“When you’re honest, they take everything away from you,” Carey said, who is also concerned that, if they don’t receive some form of rights over the water, they could suffer severe money issues. “Now they want to put me in debt just to get rid of it,” he said.

The couple has now stopped using pond water, and because their well ran dry, they have been trucking water in from Butte Falls for their household and garden needs.

The Careys are among many other people in the watershed who have had issues with the water the government claims is theirs.

Eagle Point resident Gary Harrington was sent to jail for 90 days as a result of illegally holding onto about 13 million gallons of illegitimate rainwater. Harrington had created several ponds on his property, building docks for one complete with stocked largemouth bass. He said the water would help with fire control and prevention, but this didn’t go over well with the government, according to a “1925 state law [that] dictates that the water belongs to the Medford Water Commission.”

“The reservoir on Ms. Carey’s property, though small, is one of the largest in the area,” the Careys’ attorney, Sarah Liljefelt, said. She stated that, in the past, the pond has been used for fire suppression, and is accessible to fire trucks from Butte Falls Highway. Liljefelt also noted that the pond has been an important source of water for beavers, otters, elk, deer, bear, mountain lion, bobcat, bald eagle osprey, great blue heron, snowy egret, Canada geese, and the western pond turtle.

“This pond seems to be doing way more public good than not being here,” said Jon Carey. “Why, now, is it so important to be removed?”