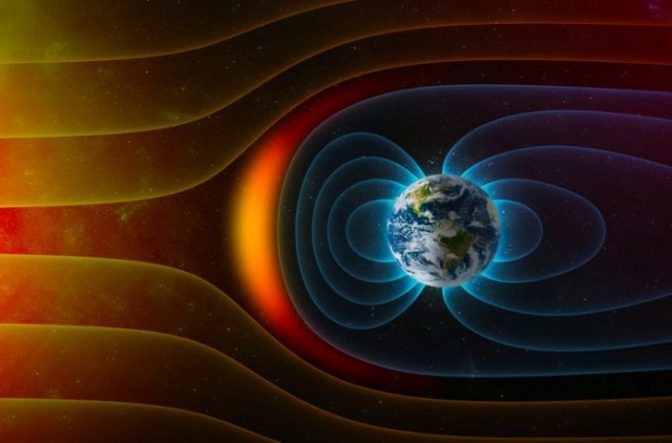 Charged particles moving with the flow of molten rock rising away from a heated core created what we now refer to as Earth’s geomagnetic field. The core is thought to be about a billion or so years old, though some studies have found that the resulting magnetic field dates back as far as 4 billion years ago. Such opposing figures have only added to the mystery of the magnetic field’s actual age. But new evidence could finally provide the breakthrough needed to give us some answers.

Research by Kei Hirose from the Tokyo Institute of Technology in Japan suggests that the formation of tiny crystals of quartz far beneath our feet may be the answer to accurately modelling the buoyancy of our planet’s deep molten rock.

The New Core Paradox, or the mismatch between the age we think our planet’s core is, and the age of its magnetic field, occurs in part because of how heat from the inner core forces currents of gooey rock up toward the crust from the outer core.

Computer models created in 2012 suggest that heat is generated in the inner core’s iron at 150 watts per meter per kelvin. It happens too rapidly to have triggered convection currents in the surrounding molten rock. And so the pesky paradox lives on.

Though other solutions to the paradox have tried to offer other ways Earth’s core could have generated heat, Hirose chose to analyze the core’s chemistry beyond its iron.

“In the past, most research on iron alloys in the core has focused only on the iron and a single alloy,” says Hirose. “But in these experiments we decided to combine two different alloys containing silicon and oxygen, which we strongly believe exist in the core.”

To try to understand how these elements might form alloys and other compounds under these given conditions, Hirose and his team squeezed microscopic amounts of iron, silicon, and oxygen to core-like pressure by using precision-cut diamonds.

Next, they used layers to hit the samples in order to reach temperatures of up to 4,000 degrees Celsius, which caused some of the material to melt, and other parts to crystalize into quartz.

Such results suggest that the slow rise and fall of molten rock in a young Earth was helped along by quartz pulling silicon and oxygen from the mixture billions of years ago.

“This result proved important for understanding the energetics and evolution of the core,” notes team member John Hernlund.”We were excited because our calculations showed that crystallisation of silicon dioxide crystals from the core could provide an immense new energy source for powering the Earth’s magnetic field.”

Geophysicist David Stevenson from the California Institute of Technology in Pasadena presented a different idea, however, arguing that magnesium oxide would be more likely to precipitate out of the molten solution before silicon dioxide. Hirose and his team agreed magnesium oxide is more likely, but that the temperatures inside a new Earth would require much hotter temperatures for magnesium to reside in the core.

Whichever the case may be, the fact remains that the more we know about chemistry’s role in the formation of the geomagnetic field, the more we can understand when Earth created it.