Declassified CIA Files Show How The U.S. Uses Psychics To Spy On Other Countries 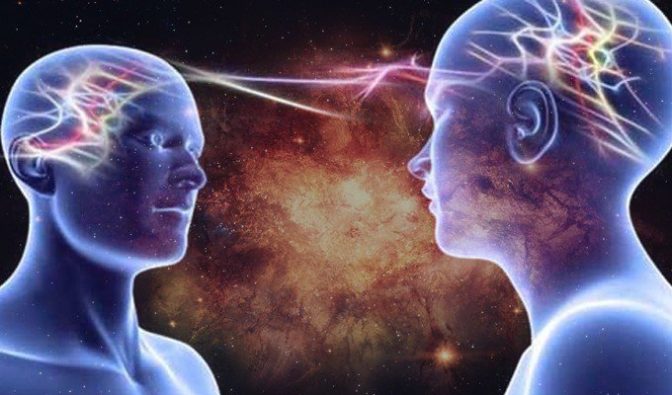 Back in January, public pressure forced the Central Intelligence Agency (CIA) to publish millions of once-classified documents online, giving people the opportunity to browse the documents from home for the first time.

However, written in complicated jargon, the documents proved to be of little use, other than for  exposing a spy agency’s failure to produce viable research amidst unlimited funding and no real leadership following WWII.

Among the jargon is a bit about psychics. U.S. intelligence agencies and the Pentagon were given the opportunity to implement a 1975 psychic program in response to Iranian revolutionaries seizing the U.S. embassy and taking 52 American personnel hostage.

In an operation code-named Grill Flame, half a dozen psychics working inside a dimly lit room in an ancient building in Fort Meade, Maryland, on more than 200 occasions tried to peer through the ether to see where the hostages were being held, how closely they were guarded and the state of their health.

Officially, the psychics worked for U.S. Army intelligence. But the documents in the CIA database make it clear their efforts were monitored — and supported — by a wide array of government intelligence agencies as well as top commanders at the Pentagon.

They were even consulted before the super-secret U.S. military raid that attempted to free the hostages in April 1980, which ended in disaster when a plane and a helicopter collided at a desert staging area.

In 1973, the CIA’s Project Mk Ultra was shut down for allegations of illegal human experimentation. But this setback did little to stop the agency from moving forward with the psychic program in 1975, claiming it was a “foreign assessment.” The 20-year program had 10 different code names, including “Grill Flame.”

The amount of time the program went on is shocking considering psychics had so little success, according to officials who had measured psychic reports with information from the freed hostages of 1981. In fact, an Air Force colonel noted that just seven of 202 psychic reports revealed accuracy, and 59 reports were partially or possibly correct.

Army officers, on the other hand, claimed 45% of the reports were partially accurate, and “that was information that could not be obtained through normal intelligence collection channels. The degree of success appears to at least equal, if not surpass, other collection methods.”

And Edwin May, a physicist who oversaw parapsychology research for government intelligence agencies for 20 years, supported McMoneagle’s dismay, saying, “The psychics were able to tell, in some cases, where the hostages were moved to. They were able to see the degree of their health. … If you can sit in Fort Meade and describe the health of hostages who are going to be released, so that the right doctors can be on hand, that’s very helpful.”

Some were straight up skeptical, however. “The intelligence agencies might as well get a crystal ball out and stare into space and hope they see something,” noted James Randi, who specialized in debunking ESP and psychics. “It’s a huge waste of time and money and it doesn’t help the hostages one bit.”

Directors of the psychic program searched for people with the ability for “remote viewing,” or “the mental ability to see across vast distances and through walls and other obstructions,” but psychics brought on board for the hostage crisis had failed to execute their tasks. Their remote viewing was shown in reports to be completely wrong, incapable of producing concrete and specific information of value. Despite the reports, the program continued until 1995, employing 227 psychics and executing 26,000 telepathic strikes.

The program was finally shut down, but only after an outside review concluded that  “remote viewing reports failed to produce the concrete, specific information valued in intelligence reporting.”