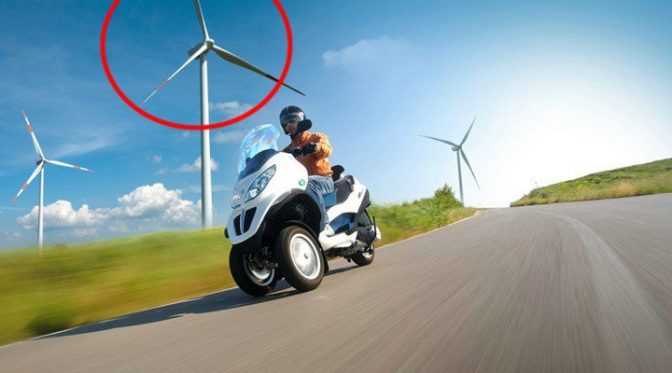 Like the golden star-child of a family we all aspire to be, Denmark and its Northern European neighbors continue to outshine their competition in terms of sustainable practices. From efficient waste disposal to renewable energy production, these Scandinavian countries are irrefutably leading a good example for the rest of the world to follow.

This past month, Denmark made headlines after the country’s wind farms produced between 116 and 140 percent of the national electricity requirements, and they weren’t even operating at their full 4.8GW capacity at the time, Science Alert reports.

Eighty percent of the excess was shared by Germany and Norway, and Sweden got 20 percent of the spoils, showing just how redundant fossil fuels can be if governments make the commitment to renewable energy sources. *Cough* Showoffs.

“It shows that a world powered 100 percent by renewable energy is no fantasy,” Oliver Joy from the European Wind Energy Association said in a statement. “Wind energy and renewables can be a solution to decarbonisation – and also security of supply at times of high demand.”

“On an unusually windy day, Denmark found itself producing 116 percent of its national electricity needs from wind turbines yesterday evening,” Arthur Nelson reports for The Guardian. “By 3am on Friday, when electricity demand dropped, that figure had risen to 140 percent.”

The figures were verified by energinet.dk, a Denmark-based website that tracks the ratio of renewable versus fossil fuel-based energy being fed into the national grid.

Right now, Denmark is getting a third of its overall electricity needs from off-shore wind farms, The Guardian reports, but it’s well on its way to getting that share to 50 percent – and it expects to hit that well before its target date of 2020.

Thankfully the notion of harnessing energy from wind is catching on, with worldwide wind-power capacity rising 14% from the previous year in 2014.

China also upped their game last year, installing almost half of the world’s added wind power capacity. Portugal, Spain, Ireland, and Germany are among the other top producers of wind-harnessed electricity.