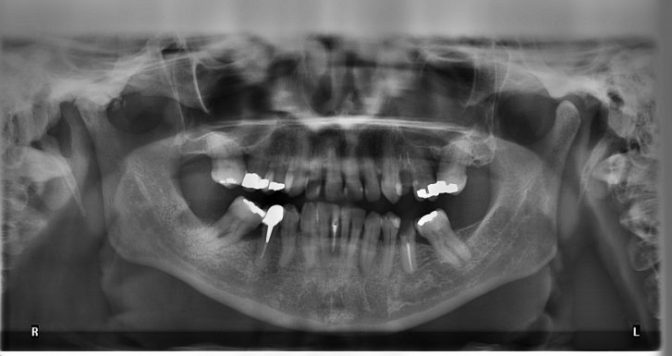 (NaturalHealth365) Mercury, commonly used in dental amalgam fillings, is one of the most toxic substances on the planet. And, although the American Dental Association continues to insist that mercury-based ‘silver’ fillings are safe, natural health experts have long warned that micro-levels of this highly-toxic substance can be released into the body, with grave health consequences.

Now, a disturbing new study shows that electromagnetic fields from WiFi – a hazard in their own right – accelerate the release of mercury from fillings, further increasing the threat to health.  This research has some alarming implications – let’s look at how you can protect yourself.

Amalgam fillings set the stage for a ‘biological train wreck,’ according to many integrative healthcare providers

Although exposure to mercury can occur through the environment, vaccines and contaminated foods, the main source of exposure is “silver” dental amalgam fillings – which contain 50 percent elemental mercury. Mercury vapors, which are tasteless, odorless and colorless, can be released upon chewing, or upon exposure to hot foods.

And, mercury exposure is associated with a mind-boggling list of ills …

For example, chronic mercury exposure has been linked with autism spectrum disorder, behavioral problems, metabolic disorders and neurological problems. Even low level exposure can create severe oxidative stress and impair the function of the mitochondria – the powerhouses of the cells. It can also destroy the protective myelin sheath that covers the nerves – and interfere with detoxification by depleting glutathione, the body’s ‘master antioxidant.’

In addition, mercury exposure decreases stores of the cancer-fighting minerals sulfur and selenium, along with N-acetyl-cysteine and lipoic acid, while increasing levels of LDL cholesterol and pro-inflammatory chemicals.

Groundbreaking WiFi study is the first of its kind

The new research shows that electromagnetic frequencies (EMFs) – which are produced by wireless technologies such as cell phones, laptops, tablets and microwave ovens – can accelerate and intensify the release of mercury. The study also suggests that routine medical procedures, such as magnetic resonance imaging (MRIs) and X-rays, are other culprits in quickening mercury release.

To conduct the study, researchers placed 20 extracted, mercury-filled human teeth in artificial saliva and exposed ten of them to 20 minutes of radiofrequency radiation from a standard laptop computer operating at 2.4 GHz.

Researchers then measured the mercury levels in the artificial saliva surrounding the teeth. They found that levels in the fluid of the unexposed teeth were .026 milligrams per liter, as compared to .056 for the mercury-filled teeth – reflecting a doubling of the mercury release.

The research, which was published in 2016 in Journal of Environmental Health Science and Engineering, was the first study to evaluate the effects of WiFi signals on the release of mercury from dental fillings.

Warning: Cell phone use and MRIs put your health at risk

The study built on earlier research evaluating the effects of cell phone and MRI exposure on dental fillings. In a 2008 study, participants were randomly divided into two groups, with one group receiving standard dental restoration work using mercury amalgam. Both groups were then exposed to 30 minutes of magnetic resonance imaging.

The participants who had received dental work had dramatically higher concentrations of mercury in their saliva than the control group.

In a secondary phase of the study – which involved participants with no prior history of either cell phone use or mercury fillings – researchers found that radiation from several days of cell phone use also caused the acceleration of the release of mercury from newly-acquired dental fillings.

In a 2014 study published in International Journal of Occupational and Environmental Medicine, participants with silver fillings who were exposed to MRIs experienced three days of raised urinary mercury levels, as compared to a control group.

To minimize the risk of mercury exposure, integrative healthcare providers advise some fairly obvious things, such as, avoiding the threat (as much as possible) by getting dental amalgam fillings properly removed by a trained, biological dentist – as soon as possible. In addition, do your best to avoid excessive exposure to WiFi radiation by having every electronic device you use properly ‘hard wired’ and ditch the ‘comfort’ of wireless technology.

In addition, it’s a great idea to add probiotic foods to your diet, such as yogurt or get a high-quality probiotic supplement with live cultures – which can help to restore the balance of intestinal microbiota; while Brazil nuts and pine nuts can boost stores of zinc and selenium.

Other good choices are organic fruits and vegetables, which are high in carotenoids and protective antioxidants. Eat foods that promote the production of glutathione — such as avocados, Brussels sprouts and broccoli.

Studies have shown that omega-3 fatty acids such as DHA can help protect the brain, nervous system and kidney from the effects of mercury. Using fish oil supplements – opt for a molecularly distilled formulation – can help you get the benefits of DHA, while bypassing the risk of mercury accumulation in fish.

Finally, when it comes to the ‘safer’ use of your cell phone: use texting instead of calling, and don’t carry or store a cell phone near or on your body. Naturally, avoiding exposure to EMFs is particularly important if you are pregnant, as unborn children are the most susceptible to mercury exposure.

Editor’s note: Do NOT remove dental amalgam fillings without proper guidance from a well-trained, biological dentist. Get INSTANT access to the Holistic Oral Health Summit today to make an informed decision about your health.