The Devil in the Details: How to Spot ‘Fake News’ – Top 10 Tips and Tricks! 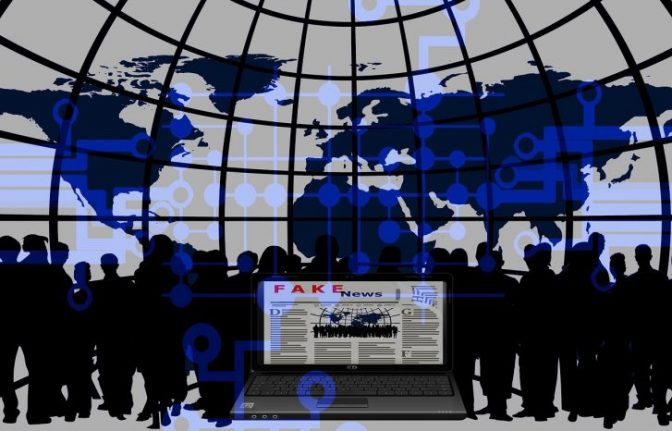 Written by Mark Pearce, media member of the Committee to Support the International Tribunal for Natural Justice (ITNJ)

Media corporations create stories to be intermediaries between the powers-that-be and the people. Their philosophical underpinnings are often not based on human or community relations, but on economic systems. Behind the pages and screens we see, issue-driven stories are designed months ahead of release. To understand what’s required to spot fake news so that your friends and family members can benefit, you must first remove your emotional hat and do your homework!

It’s no secret that money leads to media bias. This bias is fueled by multi-million dollar lobby groups and other social engineering organisations, who in turn create puffery and marketing literature—aka propaganda—for service-to-self agendas. In order to progress their agendas neatly and quickly, these groups rely heavily on mass mindshare (locally, nationally and internationally) to bring topics of conversation into the public, all appearing to be of service-to-others.

Essentially, this process is done by funnelling issue-driven articles and advertisements into a handful of multi-national media corporations, who often report hype, using over-simplified methods of language to grab the attention, opinions and emotions of the people – all in the name of fostering their product or brand.

Some media stories of course are genuine but much is rhetoric and moreover, much of it is redacted. This ‘distraction-by-design’ causes immediate outcry and disagreement from the people, who pressure media organisations to create more and more argument and objection via their myriad of platforms and programs. Tied together with advertising dollars, the press sits in a corner waiting, as the poli-puppets (politicians) produce their usual barrage of well-crafted speeches for yet another week.

As the media Ferris-wheel spins, the pressure builds for politicians to react by creating regulations, changing policies and transforming laws. These laws usually have little to do with bettering society for the commoners and their communities. The law comes into effect and everyone moves on to the next so-called ‘important issue of the day.’

Whether you like it or not, these laws transform humanity on many levels, be it economic, religious, educational, governance, scientific, health, agriculture, free trade, energy resource, and so on. If you travel the world you will see with your own eyes the same ‘colonial conditioning’ practices across the global community, experiencing the same problems at local and national levels. Where does all this information originate? What agenda does it serve? And why is it occurring at a rapid pace?

If there’s one thing I’ve learnt about the media over the last 20 years of working with advertising agencies, corporate companies, television networks and the world of filmmaking, it’s this: critical observation directs us away from deception.

Here are the top 10 tips and tricks to discern media information and to determine the truth from white-lies, half-truths, and falsehoods masquerading as truth—especially the stories we share via social media.

If you repeat step 1 for twenty different publications over twenty days you’ll begin to connect the dots very quickly and discover who owns who and why they’re publishing a story, and importantly, why the perspective of that story is slanted for or against the issue. Don’t hesitate, investigate! The devil is in the details.

Filmmaker and journalist from Australia with over 20 years-experience producing stories for industry magazines, television commercials, and documentaries. Since 2012, Mark has collaborated with environmental, educational humanitarian, government, and NGO advocacy organisations to create social impact media, which in turn, has amassed millions of views, prompting direct response from mainstream media.

His advocacy documentary work has opened film festivals in Frankfurt, Melbourne, and Sarajevo and has appeared in articles for The Guardian, Australian Geographic, ABC Australia, The Australian, Medium, and The Wall Street International to name a few. Importantly, his stories have changed the outcome of many lives, successfully lobbying governments to protect the animals, the people, and the places we love.