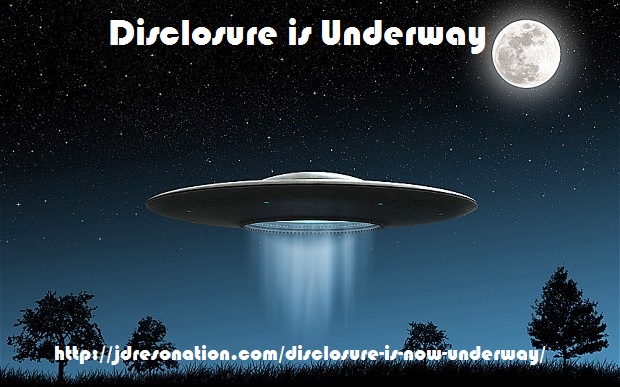 I’ve spent my entire life researching the UFO and ET phenomenon.  I currently spend about 10 to 15 hours per week listening to blog talk radio on the subject.  I have watched hundreds of documentaries, films, and YouTube videos.  I’ve read books, blogs, news articles, and recently declassified military documentation.  I’ve personally spoken to several former government and military contacts I’ve made through social media, as well as those who claim to be gifted with abilities to make contact with non-terrestrial beings.  Among all this information there is one current theme they all have in common.  We are finally about to have an earth shattering revelation on the truth that not only are we not alone in the universe, but we will soon witness first hand these beings as “world wide” first contact is imminent.

I was told in December from several sources there would be massive sightings to bring in the 2014 New Year’s.  Reports came through on mainstream news that there were indeed massive sightings throughout the state of California which you can read about here: http://abcnews.go.com/blogs/headlines/2014/01/reports-of-ufo-sightings-across-california/

A personal friend who lives in San Diego also emailed me that she saw the ships that evening.  Sightings were also reported in Sweden and the state of Virginia.  There was also an airport in Germany that was shut down over sightings of UFO’s and near misses with some of the aircrafts.  Here is a link to several sightings across the globe: http://www.ufo-blogger.com/2013/12/ufo-news-ufo-sightings-filmed-on-new-year-eve-2014.html

If you do a search in Google for sightings around New Years 2013-2014 you will find dozens of reports and with multiple witnesses and this is quite remarkable after having been told specifically this would happen.

Humanity is now waking up to the fact that these things are very real and what today’s science teaches us is the probability that life does not exist on other planets ranges from very slim to an almost impossibility. Scientists now estimate there could be up to 40 billion earth-like planets in the universe.  The odds of not finding any life forms in this vast array of worlds are not possible.  And I will take it a step further and say the odds of there not being intelligent life forms among 40 billion earth-like planets is also a slim possibility.

If you have an interest in the subject as I do, and do your research, you will find that there have been beings from other worlds visiting our planet since the beginning of earth’s time.  More proof of this claim can certainly be provided in a post at a later time.  But for now I know it’s not a matter of if first contact happens, but when.  And when I say first contact I am referring to first contact with the global population.  To clarify, “modern” first contact has already been made according to reports with the US Government back in the 1950’s.

“One of the most persistent of these is a story that President Eisenhower visited Edwards Air Force Base in early 1954, and either viewed the bodies of dead aliens and the wreckage of their craft, or met with live aliens on some sort of diplomatic mission to earth.

The story takes many forms, with the common thread being that Ike mysteriously disappeared one evening while on a vacation to Palm Springs, and that he was spirited to Edwards to view (or meet) aliens. It is said that he returned by dawn and shortly thereafter ordered absolute secrecy about anything having to do with UFOs.” (1)

Dr. Steven Greer has been known with being a leading pioneer in the Disclosure movement. But did you know he also has what is referred to as a CE-5 Initiative? That this entails “human initiated” contact that’s been going on now for years around the globe?

Back in August at the Contact in the Desert event http://contactinthedesert.com/ several personal friends of mine witnesses dozens of crafts from this “human initiated” method.

CE-5 is a term used to describe a fifth category of close encounters with Extraterrestrial Intelligence.  As Dr. Steven Greer describes on the Sirius Disclosure website:

“The CE-5 Initiative has as its central focus bilateral ETI-human communication based on mutual respect and universal principles of exchange and contact. CE types 1-4 are essentially passive, reactive and ETI initiated. A CE-5 is distinguished from these by conscious, voluntary and proactive human-initiated or cooperative contacts with ETI. Evidence exists indicating that CE-5s have successfully occurred in the past, and the inevitable maturing of the human/ETI relationship requires greater research and outreach efforts into this possibility. While ultimate control of such contact and exchange will (and probably should) remain with the technologically more advanced intelligent life forms (i.e., ETI), this does not lessen the importance of conscientious, voluntary human initiatives, contact and follow-up to conventional CE-s types 1-4.” (2)

ECETI (Enlightened Contact with Extraterrestrial Intelligence) Ranch http://www.eceti.org/ is another organization known for making contact with Extraterrestrial Intelligences.  James Gilliland has been making contact and filming the ships for a long time now.  I have several personal friends who have been to the ranch and witnessed this mind blowing experience.  Ships are seen after going into deep meditation and raising your vibrations to a higher level.  Some have even received telepathic messages during the sightings while in this meditative state.  So here is another example of how contact is being made similar to the CE-5 Initiative.

If you would like to witness first hand these phenomena you can sign up for either the CE-5 Initiative or a visit to the ECETI Ranch and see what is taking place with your own eyes.

So we are now on the threshold of a grand revelation.  I am one that does not believe disclosure will need to come from our governments.  Once enough people are awake to the fact that we are not alone, it will become common knowledge.  I subscribe to the belief that they are not allowed to interfere with our society due to Universal Law or as described in Star Trek as the “Prime Directive”. (3)

That is why they have not yet landed on the White House lawn or have made a coordinated mass landing.  But momentum is building.  Sightings will become more frequent and much grander in scale.  Every day more and more people are becoming believers.

Disclosure has been taking place for quite some time now.  It is indeed underway.  Just take the time and look at reports of the world wide sightings.  Search on YouTube for thousands of current videos popping up every month.  They are here and have always been here and they are making an effort to tell the world. The sheer increase in volume of sightings is unprecedented. And this from what I’ve gathered from sources is pointing towards a so called “breaking point” or climax as the volume will continue to increase and gain momentum.

Very soon there will be an event that will force the governments of the world to come clean and the truths will be made public.  I believe this event will be a coordinated planned appearance of ships around the globe.  At that point no one will be able to deny we are not alone.

So do your part and help spread awareness to prepare the world for one of the greatest revelations in the history of our world. Tell the people the truth and help usher the most unprecedented changes our world will ever see.

Have a terrific day