DMT Is Being Used To Prolong Life After Clinical Death 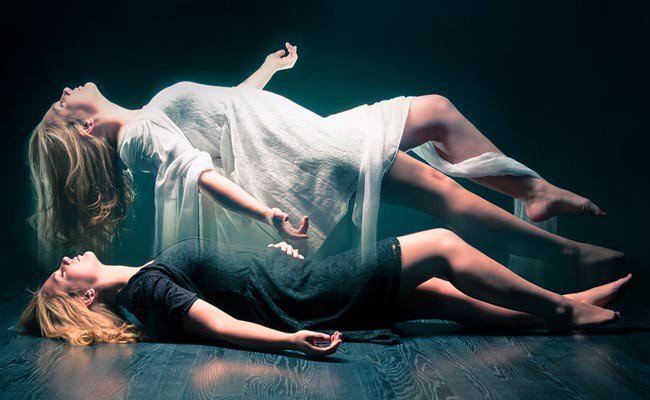 A team of Hungarian researchers are studying DMT’s unique ability to protect brain cells under high stress situations, such as during clinical death.

Dimethyltryptamine, or DMT, is one of man’s biggest conundrums.

Once smoked, DMT elicits an out-of-body experience so extraordinary that afterwards many are never the same. Unimaginable visions of complex geometrical patterns, contact with extra-dimensional beings, and ego-death are among the most commonly described facets of the DMT experience.

But beyond these fantastical visions there exist many more pressing questions about DMT, or the “spirit molecule,” as it is often referred to.

For one, DMT is ever abundant in nature. It is potentially found in all living things, a theory which recently gained credence after it was discovered in the pineal gland of rats.

This naturally occurring, endogenous abundance of DMT is indeed mind-boggling to many. I mean, think about it – the most powerful psychedelic known to man is produced within the bodies of all living things. What purpose does it serve?

But perhaps even more fascinating is exactly how and when our body releases and uses DMT.

Dr. Rick Strassman, the scientist known for his pioneering research into the physiological and mystical properties of the DMT experience, proposed that DMT is released during high-stress situations, such as during a near-death experience or during birth.

Why would our body release a potent psychedelic during these types of events? How would understanding these endogenous processes aid us in our quest for knowledge?

The answer to theses questions are still largely unknown, but many scientists and researchers remain hungry to find them.

Currently, a team of researchers based out of Hungary are looking at the unique, protective properties of DMT,

Dr. Ede Frecska, author of Inner Paths to Outer Space, is the lead researcher in charge of a new study looking at the neuroprotective properties of DMT.

particularly during the perplexing period known as clinical death.

During these imperative 5 minutes, our awareness is somewhat “stuck” in a place between life and death. However, clinical death is never final. In fact, it is often reversible thanks to CPR, which offers patients a chance to “come back.”

Nevertheless, when the critical 5 minutes have passed and a person has not yet been resuscitated, second by second the patient exponentially loses the chance to recover, or at least recover to a life worth living.

This is because oxidative stress, the enemy of resuscitation, causes the rapid death of important cells in the body, such as brain cells.

For this reason, even a few more seconds bought by a doctor could be the difference between life and death for a patient.

Remarkably enough, DMT may be the answer.

Dr. Ede Frecska, author of the book Inner Paths To Outer Space, along with colleague Dr. Attila Szabo, are the two lead researchers in charge of the study looking at DMT and its ability to protect cells under high-stress situations.

“Our promising findings give us compelling reason to believe that the time frame of clinical death can be extended with the help of DMT,” the team stated in a video posted on their IndieGogo page. “Just imagine how many lives could be saved by an extra few minutes?“

Dr. Frecska and Dr. Szabo propose that DMT in fact serves a somato-physiological function within the body, rather than just the psychotomimetic (psychedelic) effect most are aware of.

In their review paper published in the journal Translational Neuroscience, Dr. Frecska and Dr. Szabo detail evidence that points to how, why, and when DMT can be a life saver.

DMT protects brain cells from dying during high-stress situations such as clinical death.

Once DMT is in the blood, it is relatively safe from enzymes that normally would break it down immediately.

Oddly enough, DMT enters the brain in a highly facilitated manner, passing through the 3 barriers with the help of active transport mechanisms, suggesting vital “urgency.” Only vital chemicals have this privilege, such as glucose and amino acids.

Then, DMT is stored in synaptic vessels for up to 1 week, where it waits to be released under appropriate circumstances.

Why would our brain selectively allow what is classified as a “toxic drug” into its VIP club?

Another interesting factor to consider is DMT’s effect on Sig-1R receptors.

The sigma-1 receptor (Sig-1R) is located intracellularly between the mitochondria and the endoplasmic reticulum as part of a safety mechanism against oxidative stress.

Surprisingly, DMT is one of the few endogenous stimulants of Sig-1R’s, which, after considering all the latter points, signifies an important physiological role.

How Would This Be Applied?

One would be to administer DMT during the clinical death period, which would mitigate the effects of hypoxia and the damage of brain cells.

Another application would see DMT being used in the polar opposite situation.

A similar protective mechanism might come useful in the perinatal period, especially during delivery. Passing through the birth canal represents high risk of hypoxia brain damage to the newborn, and therefore DMT sourced from the placenta would reduce the chance of brain damage occurring.

Help From Crowdfunding Is Needed

At this point, Frecska and Szabo are still in the primary stages of research. In order to continue their work, they need to raise funds to pay for the laboratory costs associated with their studies.

As a start, they’ve just launched an IndieGogo campaign detailing their mission, in hope of gaining the support of people interested in DMT’s incredible medicinal potential.

Be sure to check out their campaign page HERE for more information! (This campaign has ended)

What are your thoughts on DMT being used to prolong life during clinical death? Share with us in the comment section below!