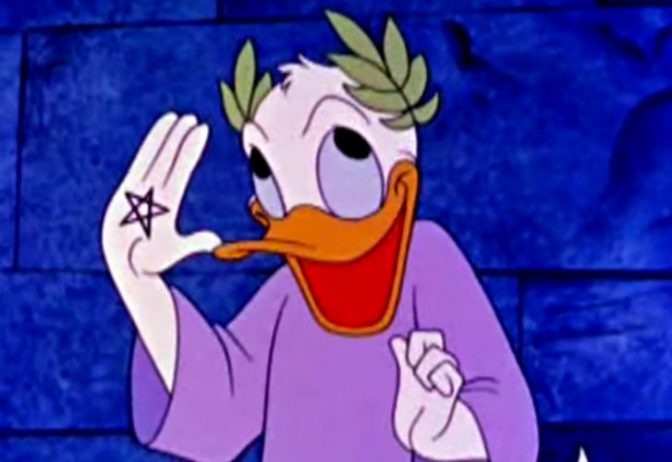 Donald in Mathmagic Land is a 27-minute Donald Duck educational featurette, which was released on June 26, 1959. Once the film was made available to schools, it became one of the most popular educational films ever made by Disney.

Walt Disney explained the film by saying, “The cartoon is a good medium to stimulate interest. We have recently explained mathematics in a film and in that way excited public interest in this very important subject.”

Interestingly enough, revisiting the film now with an esoteric lens – there is a greater lesson to be learned from Mathmagic Land, which is not surprising since Disney was believed to be a scholar of the occult sciences. While many theorize that Disney was a 33rd degree Freemason, cause in part because of a multitude of conspiracies including the curious “Club 33” – he never actually joined a Masonic lodge. However, Disney was a member of the Mother Chapter of a group called the Demolay (named after Jacques de Molay, the last Grand Master of the Knights Templar), and many of the members eventually go on to become Freemasons.

The video below is the original film, and is a great watch, whether you’re viewing with an intention of expanding your awareness of occult mathematics – or just curious to see a different side of Disney…