Drinking Water All Over the World Contaminated with Plastic, Researchers Find 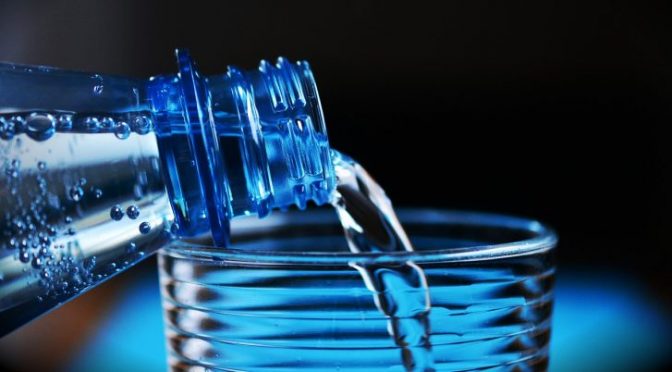 (NaturalHealth365) A new study shows that literally billions of people are drinking water contaminated by plastic particles, with a stunning 83 percent of tap water samples from around the globe registering microplastic pollution. From the faucets of the U.S. Environmental Protection Agency (EPA) office building to kitchens in residential neighborhoods in New Delhi, plastic pollution has penetrated our world – with frightening implications.

To learn more about why microscopic shreds of non-biodegradable plastic are more than likely lurking in your tap water – and, more importantly, what you can do to reduce your own plastic emissions – keep reading this special alert.

The study, which was conducted at the University of Minnesota and initiated by Orb Media, involved the collection and analysis of 159 samples of water from over a dozen nations.

The highest levels of microplastic contamination were found in the United States, where 94 percent of the samples were contaminated. Aside from the EPA building, the American sources included tap water from Congressional buildings in Washington, D.C. and Trump Tower in New York City.

It’s worth noting: there is no guarantee that microplastics aren’t present in bottled water.  Some top U.S. brands were sampled, and showed contamination as well.

Lebanon and India, respectively, had the second and third worst levels of plastic pollution in tap water. The lowest rates were in Europe, with the UK, France and Germany each averaging 72 percent contaminated samples.

Researchers reported that the average number of plastic fibers in each 500 ml sample ranged from 1.9 in Europe to 4.8 in the United States.

Sadly, plastic pollution is not confined to water. Plastic fibers and fragments were found in all two dozen beer brands tested in Germany – and microplastics have also been found in honey and sugar.

Experts are concerned not only with the infinitesimal plastic particles themselves, but the pathogens they can contain – which are contributed from sewage. Researchers noted that microplastics found in water near water treatment plants contained larger amounts of dangerous microbes.

Neither filtration nor recycling offer a solution to the problem.

With a diameter of only 10 microns, plastic particles are too small to be filtered by typical city water treatment systems. And, of the 300 million tons of plastic produced worldwide each year, only 20 percent is recycled or incinerated.

As plastic isn’t biodegradable, it typically breaks down into smaller and smaller pieces. And, the smaller the particle, the more danger it presents.

According to Dr. Anne Marie Mahon at the Galway-Mayo Institute of Technology, if plastics reach the nanoparticle range, they would be capable of penetrating cells, and – by extension – internal organs. “That,” says Dr. Mahon, “would be worrying.”

There is also danger from toxic chemicals that are absorbed and carried by microplastics. Dr. Frank Kelly, professor of environmental health at King’s College in London, warned a parliamentary inquiry in 2016 that these chemicals could potentially be delivered through the lungs and into the bloodstream.

In addition, microplastics may have the ability to contaminate the food chain, where they could build up in animals’ digestive tracts.

Troublingly, microplastics have been found in one out of three fish caught in the UK. Microfibers have also been found in the guts of plankton – which support the entire marine food chain. Researchers confirmed the fibers were blocking the passage of food.

Where is the avalanche of plastic pollution coming from?

“Cumulative atmospheric input” – in other words, fallout of airborne particles – is a major cause of plastic pollution. According to one French study, the atmosphere deposits between 3 and 10 tons – yes, tons – of fibers on Paris alone each year.

Fibers loosened by laundering of clothing – and by normal wear and tear – make their way into the atmosphere via the action of tumble dryers, most of which vent to open air. A study conducted at Plymouth University in the UK found that synthetic fabrics – such as fleece, acrylic and polyester – had the highest emissions.

The high-ringer was acrylic, which released close to three quarters of a million particles per wash – five times more than polyester-cotton blend.

Plastic pollution also makes its way through water – courtesy of residential and industrial washing machines, which transport the fibers through domestic wastewater into sewage treatment plants. While some end up trapped in sewage sludge, others travel down rivers and ultimately enter oceans.

In fact, each cycle of a washing machine can release as many as 700,000 fibers into the environment.

Other sources of microplastic pollution are styrene butadiene dust – which is shed from tires on cars and trucks – and latex and acrylic paints emitted from houses and ships.

Study leader Professor Roland Geyer acknowledges he is “very worried” about the adverse effects of plastic pollution. “We are smothering…ecosystems in plastic,” states Dr. Geyer.

Many of the plastics in use today are truly nasty characters – poisons that feature a litany of hazards and adverse effects.

Polyethylene terephthalate, or PET, is used in soda, water and juice bottles. Research has shown that bottles can leak antinomy, a toxic mineral. PET is designated by the recycling indicator #1.

Polyvinyl chloride, or PVC, (#3) is used in food wrappings and plumbing pipes, and contains phthalates – which are hormone disruptors.

Plus, polystyrene is found in takeout coffee cups and lids. The U.S. government has deemed polystyrene a probable carcinogen, and warns it should not be used to contain hot drinks – the exact use for which it is most popular.

And, finally, other plastics such as polycarbonates, contain bisphenol – a hormone disruptor linked to asthma and obesity.

The race is now on to try to curtail the harm caused by plastic pollution.

Some environmental experts advise a “circular economy” model, in which manufacturers ensure the easy recycling of materials. (Currently, more than half of all plastic packaging can’t be recycled). Others advise exploring methods by which plastics can be made into gas and liquid fuel.

Other approaches involve creating non-shedding alternatives to synthetic fabrics – including proteins from spider silk – and developing ways of creating plastics from greenhouse gases instead of oil.

To cut down on the shedding of tire dust, consider sharing a ride or taking public transportation.

This new study should provide impetus for further research – and action – on the issue of plastic pollution. But, is it already too late? We can only hope that it is not.