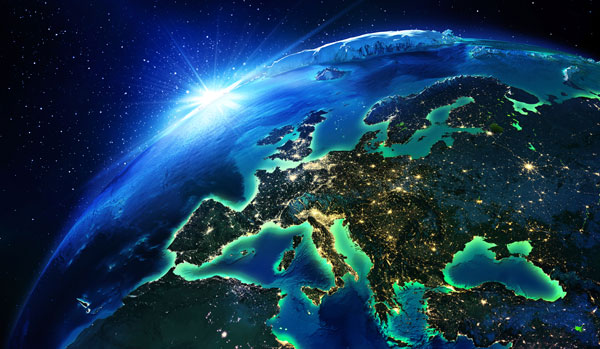 There is a widespread supposition that Obama, being black and a member of an oppressed race, will imbue US foreign policy with a higher morality than the world experienced from Bush and Clinton. This is a delusion.

Obama represents the same ideology of American “exceptionalism” as other recent presidents. This ideology designates the United States as The Virtu-ous Nation and supplies the basis for the belief that America has the right, indeed the responsibility, to impose its hegemony upon the world by bribery

or by force. The claim of American exceptionalism produces a form of patriotism that blinds the US population to the immorality of America’s wars of aggression.

Nothing is any different under Obama. Obama has escalated war in Afghanistan; started a new war in Pakistan; tolerated or supported a military coup that overthrew the elected president of Honduras;
is constructing 7 new US military bases in Colom-bia, South America; is going forward with vari-ous military projects designed to secure US global military hegemony, such as the Prompt Global Strike initiative that intends to provide the US with the capability to strike anywhere on earth within 60 minutes; is working to destabilize the government in Iran, with military attack still on the table as an option; supports America’s new military African Command; intends to encircle Russia with US bases in former constituent parts of the Soviet Union; has suborned NATO troops as mercenaries in US wars of aggression.

How should Europe react?

Europe should disassociate from the United States and go into active opposition to US foreign policy. Europeans should demand that their governments withdraw from NATO as it serves no European interest. The two aggressive militarist powers, the US and Israel, should be sanctioned by the UN and embargoed.

Instead, Europe is complicit in US and Israeli war crimes.

Because of the Cold War, Europe is accustomed to following US leadership. The financial conveni-ence of the shelter provided by US military power negated independent European foreign policies. In effect, Western European countries became US puppet states.

How does Europe escape from a subservient re-lationship of many decades? Not easily. The US is accustomed to calling the shots and reacts harshly when it meets opposition. For example, French opposition to Bush’s invasion of Iraq brought about instant demonization of France by the US media and members of Congress.

The US government uses financial sanctions and threatened leaks of sensitive personal information gathered by its worldwide spy networks to disci-pline any independent-minded European leader.

Europe is essentially captive and forced to put US interests ahead of its own. Consequently, unless Eu-ropeans find their courage and discard their servile status, Europe will be badgered into more wars and eventually led into a devastating war with Russia. One European country can do little, but concerted action would be effective. For example, why do not Europeans protest that the war criminal Tony Blair was given a post in the EU?

The Obama administration’s attitude towards self- determination and the sovereignty of the people is that these grand-sounding concepts are useful plati-tudes with which to mask the hegemonic interests of the US government. US money and propaganda foment “velvet” or “color” revolutions that turn more countries into American puppet states.

The platitudes are useful also to disguise the over- throw of US civil liberties, such as habeas corpus, due process, and prohibitions against torture and preemptive arrest.

During the Cold War era, one of the mainstays of US propaganda against the Soviet Union was the inability of Soviet citizens to travel within their country without the government’s permission. This indignity has now been inflicted upon US citizens. As of September, 2009, US citizens can no longer travel within their country by air without the per- mission of the Transport Security Administration.

The Obama administration has adopted the Bush administration’s search procedures. Under these rules travelers’ computers, cell phones, and other devices can be seized for searches that can take up to 30 days. If you are on your way to a meeting and your presentation is on your computer and your contacts’ numbers are on your cell phone, you are out of luck.

There is no excuse for these Gestapo practices. However, there have been no domestic acts of ter-rorism in 8 years. The few “plots” that led to arrests were all instigated by FBI agents in order to keep the nonexistent threat alive in the public’s mind. Yet, despite any real terrorist threat the police state continues to gain ground. Considering the extent of America’s oppression of peoples abroad, one would expect much more blow-back than has occurred, assuming that 9/11 was not itself an inside job designed to provide an excuse for America’s wars of aggression in Afghanistan, Iraq, and Pakistan.

Europe must look beyond the empty American po-litical rhetoric about “freedom and democracy” and recognize the emerging Brownshirt American State. Democracy is slipping away from America. Its place is being taken by an oligarchy of powerful interest groups, such as the financial sector, the military/se-curity complex about which President Eisenhower warned, and AIPAC. Political campaign contribu-tions from interest groups determine the content of US domestic and foreign policy. A country in which political elites are above the law and can violate with impunity both laws against torture and constitutional protections of civil liberties is not a free country.

American political leaders and the American peo-ple need Europe’s help in order to avoid the degen-eration of the American political entity. American freedom, as well as sovereign independence else- where in the world, require criticisms of US foreign and domestic policies. The US media, which was concentrated into a few hands during the Clinton administration, functions as a Ministry of Propa-ganda for the government. It was the New York Times that gave credibility to the neoconservative propaganda and forged documents that were used to sell the invasion of Iraq to the public. It was the New York Times that sat for one year on the evi-dence that the Bush administration was committing felonies by violating the Foreign Intelligence Sur-veillance Act. It was not until after Bush was re- elected that the reporter was able to force his story through editorial opposition.

Americans need criticism from Europe to compen-sate for the absence of an independent American media. Americans need outside help in order to reach an understanding of the immorality of their government’s policies, because they receive no such help from their own media. Without Europe’s help, Americans cannot regain the spirit of liberty and tolerance bequeathed to them by their Founding Fathers. America herself is a victim of the neocon servative and liberal internationalist pursuit of US hegemony.

We in America need to hear many voices telling us that it is self-defeating to become like an enemy in order to defeat an enemy. As Germans learned under Hitler and Russians learned under Stalin, it is the internal enemy—the unaccountable elite that controls a country’s government—that is the worst and most dangerous enemy.

If America has enemies who are against “freedom and democracy,” then America herself must make certain not to sacrifice her own civil liberties, and the sovereignty of other peoples, to a “War on Ter-ror.” Acts of terror are a small cost compared to the cost of the erosion of civil liberties that took cen-turies to achieve. Far more people died to achieve liberty than have died in terrorist attacks.

The United States cannot pretend to be a guaran-tor of liberty when the US government takes away liberty from its own citizens.

The United States cannot pretend to be a guarantor of peace and democracy when the US government uses deception to attack other lands on false pre-tenses.

Europe, whose culture was wrecked by 20th century wars, Europe, which has experienced tyranny from the left-wing and from the right- wing, has a right to its own voice.