Exploring 'DMT and the Soul of Prophecy: A New Science of Spiritual Revelation in the Hebrew Bible' with Rick Strassman 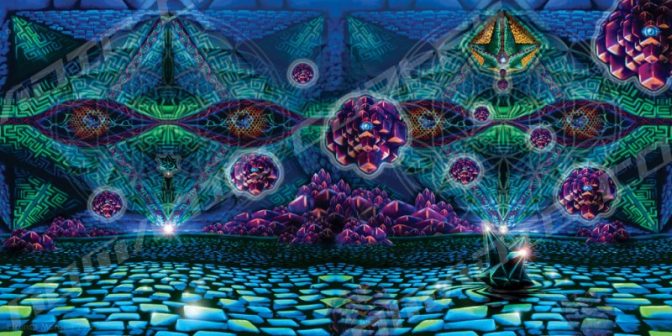 In 1990, Rick Strassman MD began his ground-breaking research on psychedelics, in particular N, N-dimethyltryptamine (aka: DMT). For those who may be unfamiliar, DMT is present in all of human life, as this chemical is produced by the pineal gland in our brains, and it is believed that this chemical is responsible for naturally occurring “psychedelic” states (ie: birth, death, near-death, psychosis, and mystical experiences). During the course of a five-year study, he administered approximately 400 doses of DMT to 60 human volunteers at the University of New Mexico’s School of Medicine in Albuquerque. His book, ‘DMT: The Spirit Molecule‘, is an indepth account of what happened over those 5 years, and how this chemical may change our understanding of the human experience, and the “boundaries” of consciousness.

Since ‘DMT: The Spirit Molecule’ was released in 2000, Rick has put out a documentary of the same name (see: DMT: The Spirit Molecule) as well as several other books which explore this topic of conversation.  We recently had the pleasure of interviewing him and discussing his latest book, ‘DMT and the Soul of Prophecy‘, which explores the relationship between DMT and the prophetic state. The book is expands upon the relationship between science and spirit, and elaborates on the “theoneurological” model of spiritual experience (see explanation below):

• Explains how prophetic and psychedelic states may share biological mechanisms

After completing his groundbreaking research chronicled in DMT: The Spirit Molecule, Rick Strassman was left with one fundamental question: What does it mean that DMT, a simple chemical naturally found in all of our bodies, instantaneously opens us to an interactive spirit world that feels more real than our own world?

When his decades of clinical psychiatric research and Buddhist practice were unable to provide answers to this question, Strassman began searching for a more resonant spiritual model. He found that the visions of the Hebrew prophets–such as Ezekiel, Moses, Adam, and Daniel–were strikingly similar to those of the volunteers in his DMT studies. Carefully examining the concept of prophecy in the Hebrew Bible, he characterizes a “prophetic state of consciousness” and explains how it may share biological and metaphysical mechanisms with the DMT effect.

Examining medieval commentaries on the Hebrew Bible, Strassman reveals how Jewish metaphysics provides a top-down model for both the prophetic and DMT states, a model he calls “theoneurology.” Theoneurology bridges biology and spirituality by proposing that the Divine communicates with us using the brain, and DMT–whether naturally produced or ingested–is a critical factor in such visionary experience. This model provides a counterpoint to “neurotheology,” which proposes that altered brain function simply generates the impression of a Divine-human encounter.

Theoneurology addresses issues critical to the full flowering of the psychedelic drug experience. Perhaps even more important, it points the way to a renewal of classical prophetic consciousness, the soul of Hebrew Bible prophecy, as well as unexpected directions for the evolution of contemporary spiritual practice.

Our interview with Rick will be live on our YouTube channel tomorrow afternoon. If you are interested in purchasing a signed/inscribed copy of ‘DMT and the Soul of Prophecy’ you may do so directly by visiting this link, and to learn more about this book, please watch the video below.