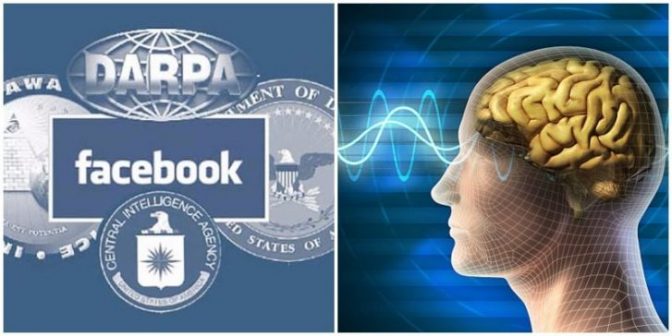 (ANTIMEDIA) – The government and private sector are working hard to figure out what’s on your mind. In fact, for the last decade, the Department of Defense has actually been developing a massive simulation for the purposes of predicting what you — and everyone around you — will do at any particular moment.

While both the U.S. government and technology corporations have developed strategies for influencing human behavior and manipulating the masses with groupthink and propaganda, it would undoubtedly be far more efficient if they could directly intuit your thoughts and feelings. And that’s exactly what Facebook, and DARPA, the government agency responsible for developing military technology, claim to be working on: a “brain-to-computer” interface capable of reading our thoughts.

Facebook announced in April that within the walls of its ominous Building 8, the home of the company’s R&D division, the company was working to create a brain-machine interface (BMI) that would allow users to communicate via a computer using only their thoughts. Hypothetically, this would include texting, typing, and other everyday functions.

“It sounds impossible,” said Regina Dugan, who heads the Building 8 projects. “But it’s closer than you may realize.”

Flash forward to last month, when Facebook finally released details regarding how they actually intend to carry out their tech-enabled telepathic plan. According to project head and neuroscientist Mark Chevillet, they will use a combination of diffuse optimal tomography and artificial intelligence to gather information from the brain and interpret it. By casting infrared light on brain tissue, he stated at an MIT Media Lab conference, they will be able to study how light scatters and how the neurons are patterned.

The benefits, according to optimistic technologists, include treatments for physical disabilities and mental illnesses like PTSD and depression, as well as greatly enhanced online environments. Critics say the technology is invasive and creepy. After all, who’s to say that a BMI won’t lead to unprecedented internal surveillance and even a form of data mining based on collecting our inner thoughts and desires?

For now, we’ll have to wait and see how it all plays out. But there is one thing we know for sure: private companies and government agencies are expending tremendous resources to figure out how to read our minds. The prognosis for the future gets even weirder.