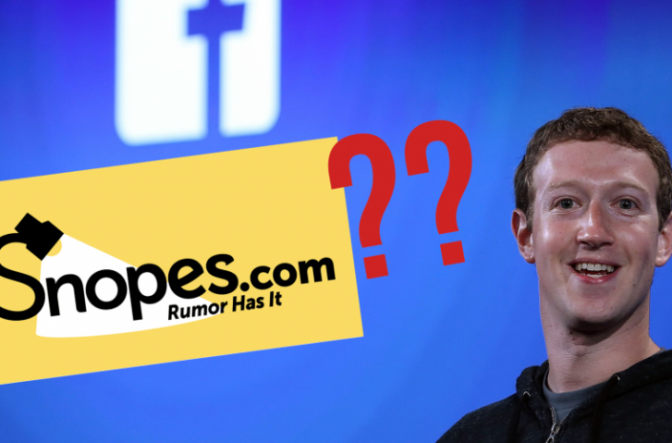 The aftermath of the 2016 US presidential election caused the corporate media to break out into a full blown frenzy, attacking independent media, and urging people to point the finger at alternative news outlets. This resulted in many legitimate news outlets being labeled as “fake news.”

The global elite are fighting tooth and nail to keep their system running smoothly, despite the unavoidable shift in consciousness that has been occurring. People flock to alternative news sources because they no longer trust the mainstream outlets that have run the show for many years. They are now aware that the wool has been pulled over their eyes, and have instead chosen to stand up rather than succumb to this realization.

People seek a platform that not just informs everyone of what’s happening in the world without bias or political agendas, but one that is solution-based.

The “fake news” campaign has caused an uproar of distrust, confusion, and an urgency to strip legitimate sources of all their hard work. But Facebook’s role in this ordeal is what should really be of concern.

“Of all the content on Facebook, more than 99 percent of what people see is authentic. Only a very small amount is fake news and hoaxes,” Facebook chairman, chief executive officer, and co-founder Mark Zuckerberg initially wrote in a post to his platform on the subject at hand. “The hoaxes that do exist are not limited to one partisan view, or even to politics. Overall, this makes it extremely unlikely hoaxes changed the outcome of this election in one direction or the other.”

But he followed up this statement soon after with something much more alarming, calling for a seven-point plan to eradicate the “very small amount” of false information circulating the site. If you read between the lines, what this really says is that news that’s not aligned with the establishment narrative will be hidden from the hundreds of millions of Facebook users.

“The bottom line is: we take misinformation seriously,” Zuckerberg wrote. “Our goal is to connect people with the stories they find most meaningful, and we know people want accurate information. We’ve been working on this problem for a long time and we take this responsibility seriously. We’ve made significant progress, but there is more work to be done.”

And as of Thursday, December 15, Facebook has announced they will start fact-checking, labeling, and even burying “fake news” and “hoaxes” in its News Feed. The social media platform has  said it will collaborate with a small list of media organizations, including Snopes, Factcheck.org, ABC News, and PolitiFact, which are part of an international fact-checking network under the guidance of Poynter, a nonprofit school for journalism.

“We’ve focused our efforts on the worst of the worst, on the clear hoaxes spread by spammers for their own gain, and on engaging both our community and third party organizations,” Facebook News Feed chief Adam Mosseri wrote.

The concerning part is; how will ‘fake news’ even be decided? For example, a website like Snopes has no real credibility and simply follows what is believed in the mainstream vs. what actually might be true. Many facts are verified via Google. This can be seen in controversial subjects like 9/11 for example, where they simply take the side of the mainstream narrative vs what actually might have happened.

Facebook choosing to use a company like Snopes shows how rushed, illegitimate and questionable the entire process is. Making us question what the real motives truly are here.

Use Mainstream To Debunk Independent?

For obvious things like extremely fake stories, this will be helpful, but when it comes to stories that are going to be debunked or called false due to political agendas, corporate agendas and so forth, it’s going to be a suppression of information that could help the public be more informed.

This new plan will begin as a small amount of Facebook’s users in the US will be given the opportunity to report news stories they think are fake or misleading. After third-party fact-checkers deem the story fake, it will be displaced in the News Feed. They’ll also incorporate algorithms that detect whether a story that appears fake is going viral in order to decide whether to bury it or not.

“We are only involved to the extent that Facebook relies on the list of signatories to our code of principles as a starting point for the organizations it chooses to verify,” a Poynter representative said. “Facebook is the only organization certifying third party fact-checkers on its platform.”

The websites determined as “fake” will also not be able to sell ads on Facebook.

Facebook continues to say they are not a media company, but rather an open technology platform with reliance on media publishers and its users to present truthful information.

“We do not think of ourselves as editors,” Patrick Walker, Facebook’s head of media partnerships, said. “We believe it’s essential that Facebook stay out of the business of deciding what issues the world should read about. That’s what editors do.”

It’s a call for censorship in the face of a continuous fight for freedom and truth. Watch out, this one could get interesting real fast.

It’s time to move away from Facebook if you want to stay informed. You can keep up with all of our stories by clicking here.