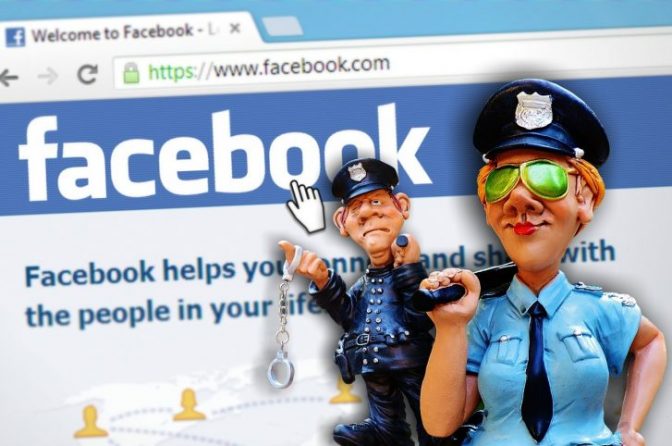 (ANTIMEDIA) Washington, DC — Through a trio of search warrants, the Department of Justice (DoJ) is demanding Facebook hand over the personal information of potentially 6,000 of its users, it was revealed Thursday.

According to CNN, which obtained court documents pertaining to the case, the DoJ warrants target the accounts of three “anti-administration activists who have spoken out at organized events, and who are generally very critical of this administration’s policies.”

That description comes from the three users’ attorneys, CNN  reports. It all stems from arrests made in Washington, D.C. on the day of Donald Trump’s inauguration back in January, following what the government claims were riots.

The warrants were served to Facebook in February, but a gag order prevented the social media giant from alerting the three users to the government’s intentions until the order was lifted in mid-September.

Once alerted, the users contacted the American Civil Liberties Union (ACLU), which now represents them.

“What is particularly chilling about these warrants is that anti-administration political activists are going to have their political associations and views scrutinized by the very administration they are protesting,” the ACLU’s Scott Michelman told CNN.

One of the warrants is for Emmelia Talarico, who ran the disruptj20 page where much of the anti-Trump protesting was organized. The other two are for Facebook users Lacy MacAuley and Legba Carrefour.

If Facebook complies with the DoJ’s request, it will mean the federal government will have access to the personal data — including private messages — of the nearly 6,000 users who simply “liked” the disruptj20 page.

In the ACLU’s motion to quash the warrants, filed with the D.C. Superior Court on Thursday, Michelman notes the type of data the government is seeking to obtain. From one of the warrants:

He sums it all up as such:

“In short, the warrants sought a complete record of anything the three users communicated or received from a third party via Facebook, everyone with whom the users associated via Facebook, and everything the users searched for on Facebook, during the specified time period.”

That time period is from November of 2016, just before the presidential election, and February 9 of this year, when the warrants were served to Facebook.

In addition to what the ACLU sees as a clear violation of their clients’ First Amendment protections, Michelman warns in the motion of the precedent that would be set:

“Additionally, the enforcement of the warrants would chill future online communications of political activists and anyone who communicates with them, as they will learn from these searches that no Facebook privacy setting can protect them from government snooping on political and personal materials far removed from any proper law enforcement interest.”

The ACLU also argues that there are no safeguards in the warrants to protect the privacy of those who ultimately had nothing to do with those “riots” back in January. They assert that the DoJ’s action violates Fourth Amendment protections against illegal search and seizure.

Facebook has yet to say whether it will comply with the government’s order, and the DoJ, as CNN writes, “is not commenting on these search warrants.”