Should We Have The Freedom To Drink ‘Raw Water?’ 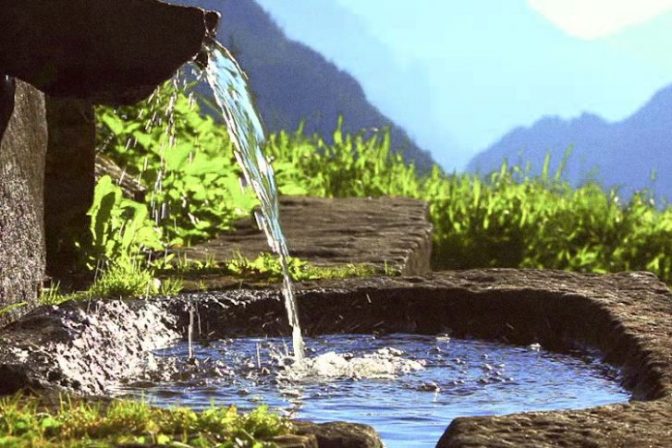 In his book Life, Liberty, and the Pursuit of Food Rights, David E. Gumpert describes the ‘Hundred Year War’ against raw milk as a patriotic and crucial battle against the liberty to exercise your own judgement in qualifying the food that you consume. This battle, as Gumpert explains, has led to many hundreds of thousands of dollars in legal costs as well as years of jail time for farmers who simply wanted to provide raw milk to their communities.

In the same way that you may risk your health when driving your car to work, consuming any food product also poses a slight risk. Raw dairy consumers generally understand the risks and benefits involved with drinking raw milk, yet government regulators still insist on vilifying them over claims that drinking unprocessed milk poses a risk to their health.

In the same way that the battle over raw milk is currently deciding the fate of national food freedom, a new trend of ‘raw water’ is posing the same challenge to government regulators.

Due to the presence of known contaminants such as fluoride, unsafe levels of lead, and other chemicals in tap water, some are turning to raw spring water as an alternative. Proponents argue that raw water contains beneficial bacteria and less toxins, while others warn that drinking unprocessed water may expose you to deadly pathogens such as E. coli.

“It stays most fresh within one lunar cycle of delivery. If it sits around too long, it’ll turn green. People don’t even realize that because all their water’s dead, so they never see it turn green.” – Mukhande Singh, founder of Live Water

Seattle-based food safety attorney Bill Marler says that water which has not gone through some sort of treatment process may contain animal feces and giardia, a parasite, which can potentially cause diarrhea or vomiting.

“Almost everything conceivable that can make you sick can be found in water…It’s fine till some 10-year-old girl dies a horrible death from cholera in Montecito, California.” – Bill Marler

However true this may be, it flies against the greater philosophical argument regarding personal liberty and self-ownership. If you own your body, it is given that you should have the right to put whatever you want into it, be it raw food, raw water, or even a drug.

“Just take a breath of air. Take a deep breath. No matter how wealthy or poor you are, you can take a breath and own that air that you breathe. And yet water — the government brings it to you.” – Mr. Friesen, professor of materials science at Arizona State University.

Marler claims that contaminants in unprocessed drinking water result in 4,600 hospitalizations a year. However, a study conducted by the Environmental Working Group (EWG) on the water quality of more than 48,000 utilities in all 50 states found that most tap water contains around 267 contaminants including those linked to an increased risk of cancer, brain and nervous system damage, and fertility issues.

The controversy surrounding raw food and water shows us that we are not living in a perfect world. Many questions have arisen. When did we become so afraid of the natural world that we are willing to subject ourselves to this much toxicity to avoid it? Who gets to judge the level of harm that there needs to be for something to be considered unsafe? If you own your body, don’t you have the right to ingest what you want, even if it is dangerous?

These questions may seem mystifying to some, but in the end, there are a lot of people who would much rather take their chances with nature than be told they don’t have the choice of what they put into their own bodies.

This article (Should We Have the Freedom to Drink ‘Raw Water?’) was originally created and published by Waking Times and is published here under a Creative Commons license with attribution to Phillip Schneider and WakingTimes.com. It may be re-posted freely with proper attribution, author bio, and this copyright statement.