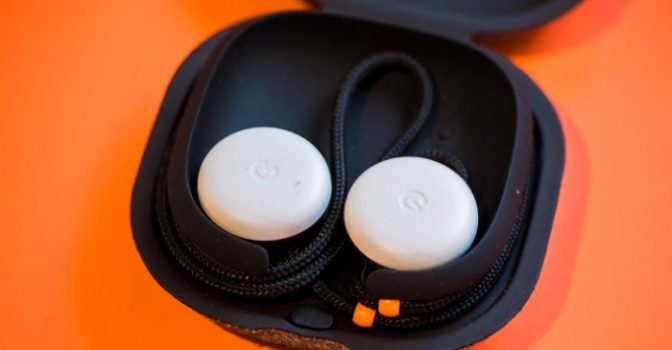 (ANTIMEDIA) — At the Google Pixel 2 event Wednesday, the tech company debuted an impressive lineup of new products, from lightning-fast, high-powered smartphones to an artificially-intelligent camera that can turn your videos into gifs. But there was one presentation in particular that brought science fiction to life with a new device with the capacity to fundamentally change the way humans communicate with each other across the globe.

Google Pixel Buds are wireless headphones designed to pair with the new Pixel 2 device, making Google Assistant even more easily accessible to help you in myriad ways. Just a simple tap on the right earpiece is all that’s needed to direct the virtual assistant to send a text, make a call, listen to music, or speak Portuguese for you — or maybe Japanese, Dutch, Korean, Norwegian, or any other of the 40 languages Pixel Buds will have the power to translate. In the most incredible and groundbreaking application of translation software to date, Google translate has used machine learning to create what is virtually a personal translator that can travel with you anywhere in the world.

During the presentation, Google demonstrated how the earbuds work by translating a conversation between two users from Swedish to English and vice versa. When one user spoke Swedish into her pixel buds, the English translation could be heard from Pixel Bud’s front two speakers. The presenter responded to the woman in English, which she heard in her native language through the headphones in real time. The buds also have the capability to record a copy of the conversation for future reference (ahem, politicians).

It appears that Google has finally successfully replicated the Babel fish. Luckily, it doesn’t appear to have the same characteristics as the “leech-like” fictional creature from the famous sci-fi novel series by Douglas Adams, which “feeds on brainwave energy.”  Thanks to the technological empire that is Google Inc., you can now have all the benefits of having a Babel fish live in your ear without actually having a fish live in your ear — and it will only cost you $160.