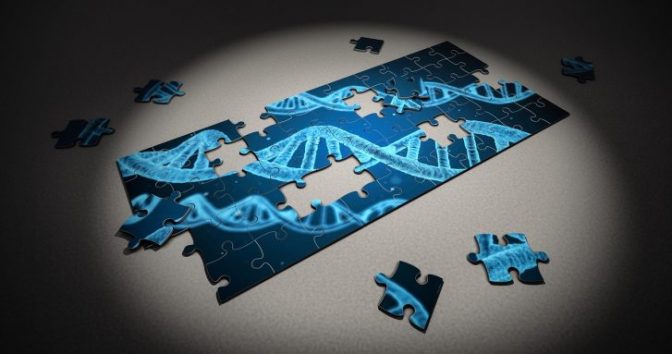 (Naturalhealth365) With one in four adults in the United States suffering from one or more chronic health conditions (including heart disease, diabetes or cancer), it’s clear that ill health has become endemic in the United States.  But, according to Dr. Ben Lynch, it doesn’t have to be that way – especially if we effectively deal with the environmental factors that affect our genes.

Many health problems, Dr. Lynch reports, are completely avoidable, and arise from a combination of underworked and overworked genes. By properly supporting genes – and optimizing a process known as methylation – we can resolve many health conditions, and enjoy better physical, mental and emotional health.

Discover a logic way to take better control of your own health by supporting the function of your genes. On the next NaturalHealth365 Talk Hour, Jonathan Landsman and Dr. Ben Lynch, naturopathic physician and expert on genetic variations, reveal how understanding your genetic profile can put you on the path towards correcting hidden health problems. This understanding will help you to create an effective diet and lifestyle routine that’s ideal for you. Don’t miss this empowering show about your genes and genetic testing.

Although it may sound highly technical, methylation is actually a fairly simple process. It’s a biochemical reaction that occurs in every cell and tissue of your body, in which a methyl group – consisting of a lone carbon atom and three hydrogen atoms – is transferred from one substance to another.

Methylation has been likened to a sort of “master mechanism” that allows the gears of the body to turn. It affects such indispensable processes as the creation of neurotransmitters, the production of DNA, the metabolism of fat and the production of cellular energy – and it plays a vital role in fighting infections, neutralizing toxins, and maintaining the health of tissues and organs.

But all this could not happen without the presence of SAMe, or S-adenosylmethionine. A universal donor, SAMe readily gives away its methyl group to other substances in the body – allowing the heart, brain, liver and lungs to perform their duties.

And, the power behind SAMe is a B-complex vitamin known as active folate, or 5-MTHF.

Now, for the bad news: Up to 60 percent of the people in the United States have a genetic mutation, MTHFR, that makes it difficult for their bodies to produce enough 5-MTHF.  This mutation can cause problems with methylation – and potentially increase the risk of heart disease and vitamin B deficiencies.

Fortunately, understanding this genetic mutation, and properly addressing it, can help bypass many associated health problems. To learn more – be sure to sign up (below) for the next NaturalHealth365 Talk Hour, with Jonathan Landsman and Dr. Ben Lynch.

What are other causes of methylation dysfunction?

In addition to genetic mutation or insufficient dietary folate, methylation dysfunction can be caused by environmental toxins. Calling the problem “pervasive,” Dr. Lynch warns that heavy metals – such as mercury and arsenic – can lurk in drinking water, dental amalgams, and common foods such as fish and rice.

Pathogens, as well, can interfere with methylation – with Dr. Lynch noting that a particular danger is presented by the emergence of antibiotic-resistant “superbugs.”

Even lack of sleep from disturbed circadian rhythms – much of which Dr. Lynch attributes to the presence of blue light-emitting devices in bedrooms – can interfere with methylation and place stress on overworked genes.

To learn how to support your genes and achieve optimal methylation through proper diet and lifestyle, join us for this Sunday’s NaturalHealth365 Talk Hour program.

Discover the true value of our genes and genetic testing – Sun. Jan. 14

Dr. Ben Lynch is a naturopathic physician, researcher, writer and speaker, focused on preventing disease by optimizing health. He received his bachelor’s degree in Cell and Molecular Biology from the University of Washington, and his Naturopathic Degree from Bastyr University.

The author of Dirty Genes, Dr. Lynch specializes in identifying the underlying cause of disease, and is known for his groundbreaking work in the fields of nutra-genomics and methylation dysfunction. He currently lectures worldwide on the topic of genetics.