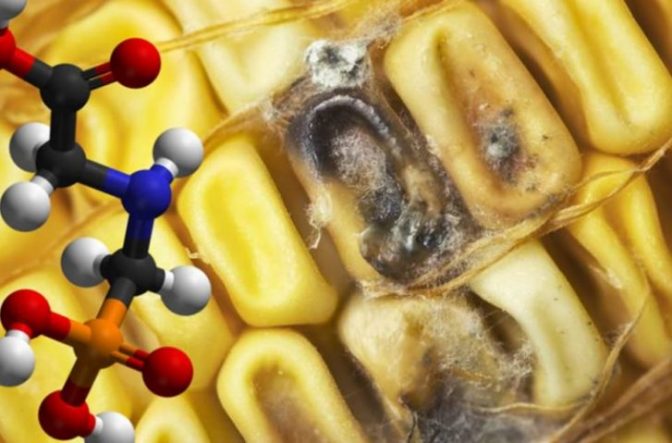 Varying opinions on the rise and prominence of GMOs has led to a lot of controversy. Many people, regardless of their stance, still feel entitled to know what they’re consuming, and if it’s the product of laboratory research.

vSnf7 dsRNA is an insecticide, but unlike others, it’s not sprayed on crops. To use it, you encode instructions for manufacturing it in the DNA of the crop itself. So, for instance, if a Western corn rootworm begins destroying your crop, the plant’s self-made DvSnf7 dsRNA interferes with a critical rootworm gene and kills the pesky bugger.

This disruption is referred to as RNA interference, or RNAi. Haven’t heard of it? That’s because it was just approved. Didn’t hear that news? That’s because mainstream media remained silent, allowing the Environmental Protection Agency to recently approve the first insecticide relying on it.

The first DvSnf7 dsRNA product will come in the form of SmartStax Pro, a line of genetically modified corn seeds created by Monsanto and Dow. The RNAi part comes from Monsanto. The agricultural giant anticipates corn seed with RNAi coming to the market by the end of this decade.

The Western corn rootworm has proved quite resilient, with corn farmers continuously investing in new ways to stop it from damaging their cornfields. When spray-on pesticides failed, farmers took advantage of corn genetically modified to make the Bt toxin, a technology also from Monsanto, which also didn’t work as hoped for. Now, the farmers are eagerly awaiting the arrival of SmartStax Pro, which will have both Bt as well as DvSnf7 dsRNA.

Despite critics revealing in a 2011 paper the potential safety harms of DvSnf7 dsRNA, in which Chinese scientists found naturally occurring RNA molecules from rice circulating in the bloodstream of people eating it, the EPA became the last of three agencies, the others being the FDA and USDA, to give DvSnf7 dsRNA the go-ahead.

The EPA gave a short 15 days of public comment, and didn’t even post its proposed decision in the Federal Register, which is customary. Such quiet approval was likely meant to ensure public scrutiny remained slim.

Bill Freese, CFS’s science policy analyst, said that the real problem is bigger than RNAi itself. “There’s faddish interest in the latest technology,” he said. “It often neglects the basic issues of the unhealthy practices used in planting corn.” Rotating crops — as we did in traditional farming — as opposed to planting corn multiple years in a row in the same field, could diminish the Western corn rootworm problem, according to Joseph Spencer, an entomologist at University of Illinois at Urbana-Champaign. But such simplicity is being overlooked, in place of a product that hasn’t had years of safety testing before licensure, but is being rushed to market instead.

Freese was surprised by the EPA’s handling of the situation, most notably given how unprecedented it is to use an RNAi insecticide in a plant meant for human consumption.

The Western corn rootworm is surely only the beginning of Monsanto’s goals for the use of RNai. We will certainly require continued education and awareness to counteract the widespread acceptance of such a technology.