Government Inherently Requires a Culture of Confusion and Distraction to Thrive 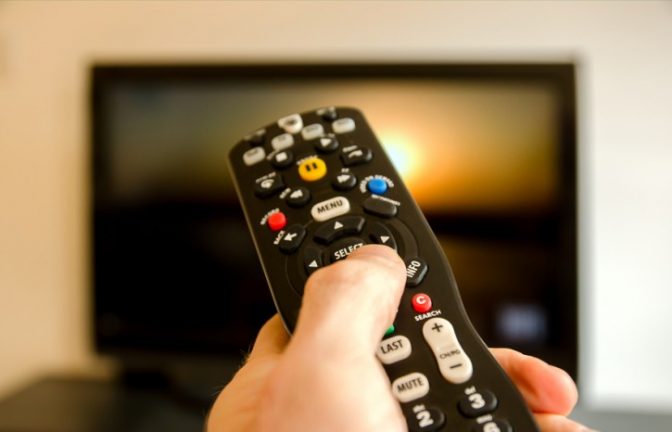 Hegemony requires a culture of complacency, confusion, and “citizen weakness” to thrive. In this article, I will freeform-articulate some philosophical sentiment on the idea of powers, governments, the wealthy, having incentive to confuse the common people with propaganda, media distraction, and anything else they can practically utilize.

Governments, powerful corporations, the wealthy, the members of the “upper class” of the world all have a mutual incentive to keep the bottom class docile, confused, chasing after the wrong issues. As a generality, this is the way of power. Many are redundantly, painfully aware of this.

This is reflected in the seemingly escalating media circus centered around various focal points including the Syria issue, the 2016 presidential elections in the US, the “debate” on climate change, this idea is reflected by the entire state of political rhetoric itself.

Throughout history, the upper classes have experimented with various ways to curb the strengths of the common people, and their potential for overtaking the upper class, or causing problems in their hegemony.

Of course there are certain times when powers want their citizenry strong (to do things like be soldiers and die in wars), there are exceptions to every generality, yet this remains true-

Governments and power usually have incentive to confuse, distract, and render docile the common people.

With mainstream news organizations in the United States openly collaborating with such agencies as the CIA, with the CIA trying to influence the media in other countries even, perhaps its best to recognize this as a constant rule of power; to recognize it as something that we should be aware of in general as people, and should always stay aware of.

Perhaps it would give us clarity to recognize that power requires a media apparatus, it requires them actively trying to coerce and warp public opinion, every second of the day. How far are the individual decision-makers willing to go, in bending public opinion? Well, those limits seem to be stretched every day. (cough Donald Trump)

To recognize that power has inherent incentive to confuse and distract its people, we can better identify a media distraction when we see one.

To understand this as a basic principle of government strategy, propaganda, we can more easily recognize and combat propaganda and distraction, to not be rendered docile in influencing our society.

Perhaps if we can adjust to the archetypal marriage of hegemony and propaganda and recognize it, we can more easily say “that is propaganda”, and point it out to the next person. Perhaps then we can be quicker to critically think an issue through before immediately believing it or not believing it.

Confusing the prey is an archetypal strategy of power, you could say it has played out for millions of years in the animal kingdom. Humans with power have become very adept at disguising distraction.

Edward Bernays’ 1928 book “Propaganda” is a classic playbook for people wishing to warp public opinion, I highly recommend you read that book here if you want to dive deeper into this idea.

This is a podcast about the propaganda author.

According to a Wikipedia article on Bernays-

“Bernays’s celebration of propaganda helped define public relations, but it did not win the industry many friends. In a letter to President Franklin D. Roosevelt, Supreme Court Justice Felix Frankfurter described Bernays and Ivy Lee as ‘professional poisoners of the public mind, exploiters of foolishness, fanaticism and self-interest’. History showed the flaw in Bernays’s identification of the “manipulation of the masses’—as a natural and necessary feature of a democratic society—when the fascist rise to power in Germany demonstrated that propaganda could be used to subvert democracy as easily as it could be used to ‘resolve conflict’.”

Though we have examples of how tightly controlled information is every single day, in our face, (mainstream news, public school, advertisements, politician rhetoric) its so easy for us to lose sight of the bigger picture, and still fall victim to a distraction.

It is so easy to accidentally prioritize activist efforts on something that ends up doing nothing; dead end activism renders our efforts useless.

For example, here is a standard formula of “activist distraction”; “blowing a social issue out of proportion to waste people’s time and distract from less easily understood, more pressing issues.”

Climate change is the perfect example. It is such a vague concept, so difficult to get into the numbers and sources of alleged facts that it just keeps people arguing. It will pacify the infant stages of inspiration in a young activist, and lead to a dead end in that person’s will to make the world a better place.

“Dead end social causes” are a perfect, just absolutely ideal strategy for distracting a society; it effectively renders activist efforts useless, consumes their time they could have spent, I don’t know, learning about Yemini CIA drone strikes on 13 year olds and the innocent victims of perpetual war?

It’s so easy for us to lose sight of what actually matters in the face of all the confusion, with the media circus constantly going on, with the downright clownish and surreal rhetoric being projectile vomited from the establishment about “ISIS and climate change“, with Donald Trump and Bernie Sanders.

It’s a true task to sift through all the nonsense and confusion to see what really matters, to stay focused as a human being trying to understand the world and ensure a future for you and your family.

If you’re an activist, you probably know how difficult it is to just prioritize what you learn about,  the news you read about, the things you care about. This is the age of social media; the age of technology influenced confusion.

All we have to do is work hard to understand the times we live in, and really put in the necessary effort to have a detailed perception of what’s actually going on. We have to be willing to change our opinions with the reception of new information, and really be humbled by the fact that we know so much less than we might individually think at times.

According to German philosopher Hegel (1770-1831) “What experience and history teach us is this—that people and governments never have learned anything from history, or acted on principles deduced from it.”

We’re in a sense, amnesiac as a species. We have the tools at our disposal to take an objective look at history, the internet. We have multiple sources on the internet to build a very strong, rock solid objective perception of history, if an individual wanted to.

Yet so few people utilize the internet for what it could be used for.

I see it like this- the surrealness, clownishness, and bizarre dishonesty of political rhetoric is actually intensifying right now, and it seems to be happening on purpose.

I think it exemplifies how people in power use distractions, rhetoric, talking about goofy irrelevant and ridiculous things, as a tool against us; the fact that this stuff seems to be escalating, getting worse as the west gets more desperate, as the east gets more desperate, as this whole geopolitical disaster continues to plunge further into the depths of the unknown.

Is it a stretch to assert that the ridiculousness of political rhetoric is escalating parallel to geopolitical tension? Probably, but it’s quite the thought provoking assertion.

In case the meaning of that sentence was lost: I think it shows that this rhetoric is a tool of distraction, the fact that it seems to be intensifying. In times of less geopolitical tension the rhetoric is not as blatantly attention grabbing, distracting. In this time of conflict, the distractions are in full, erratic, desperate swing.

If you find this philosophical sentiment insightful, please share this with as many people as possible, and leave a comment, start a debate, question these theories.