Hallucinations Are Much More Common Than We Think 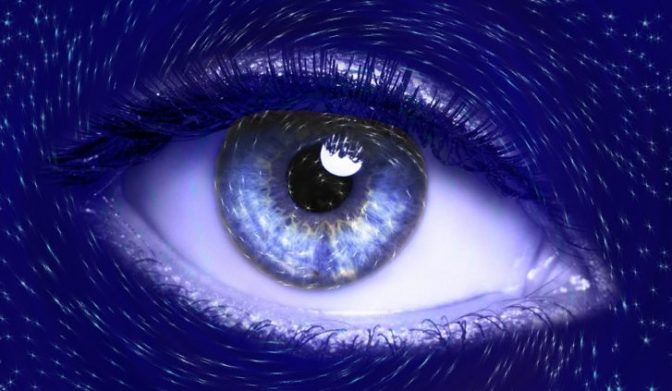 When certain experiences fall outside of societal norms, people tend to keep their personal events to themselves. For instance, you probably don’t hear people walking down the street talking about their hallucinations as candidly as they do, say, their dreams.

But new research has found that the former is actually much more common among the general population than most people realize.

A study examining over 7,400 people in the UK discovered that 4.3% of participants had reported having experienced visual or auditory hallucinations in the past year, including people without mental disorders. This proves the phenomenon isn’t limited to people with psychosis.

“There is a general idea in psychiatry that hallucinations are a feature of psychosis,” explained lead researcher Ian Kelleher from the Royal College of Surgeons in Ireland, “but when we looked at a whole range of mental health diseases we found that hallucinations are symptoms that occur in a wide range of mental health disorders such as depression or anxiety.”

Borderline personality disorder was used as an example of a psychotic disorder for this study, which, like many other mental issues, has a heavy stigma that sufferers see and hear things that aren’t there. The results of this recent study challenge the stigma, however, dismantling the idea of a divide.

The researchers reviewed data from the 2007 Adult Psychiatric Morbidity survey, and found that a significant amount of participants had been diagnosed with a mental health condition.

To determine if hallucinations were more common among people with a psychotic disorder as opposed to those without, the team looked at how many people with borderline personality disorder reported seeing or healing things that other people couldn’t over the last year compared to participants with non-psychotic depression or anxiety.

Their results showed that hallucinations weren’t greater or more apparent in those with borderline personality disorder than in those with a non-psychotic mental disorder. Additionally, more than 4% of every single respondent reported hearing or seeing things that others couldn’t, leading the team to suggest that hallucinations aren’t exclusively symptoms of psychosis.

“Hallucinations are more common than people realize. They can be frightening experiences, and few people openly talk about it,” Kelleher explained. “Our research is valuable because it can show them they are not alone and that having these symptoms is not necessarily associated with having a mental health disorder. It breaks the taboo.”

Such findings support the results of a bigger study published in 2015, which analyzed data for more than 31,000 people from 19 countries. Researchers found that about 5% of the general population reported experiencing hallucinations, regardless of having a mental illness or not.

“We used to think that only people with psychosis heard voices or had delusions, but now we know that otherwise healthy, high-functioning people also report these experiences,” explained lead researcher John McGrath, from the Queensland Brain Institute in Australia.

These studies reveal the potential inaccuracy of symptoms associated with mental health disorders, and highlight just one of many problems with stigmatizing people who suffer from mental illness, both from a scientific perspective and a moral one.