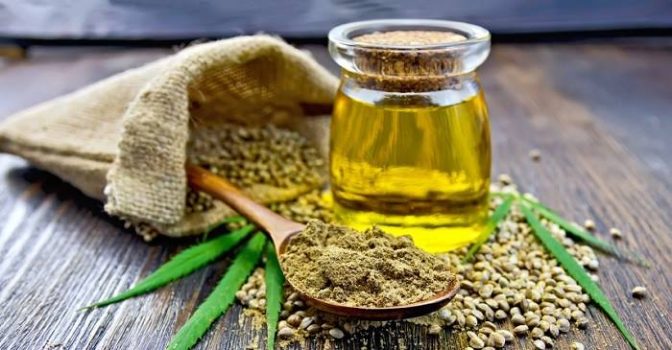 (ANTIMEDIA) — On Monday, the FDA invited the public to submit comments on the potential benefits of cannabidiol (CBD), along with a handful of other substances.

Published in the federal register, the announcement explained that the FDA is “requesting interested persons to submit comments concerning abuse potential, actual abuse, medical usefulness, trafficking, and impact of scheduling changes on availability for medical use of 17 drug substances.” The agency will eventually submit a report including this public input to the World Health Organization, which will use the information to make decisions regarding legal access to the substances. The FDA will collaborate with the Department of Health and Human Services (HHS) to produce the report.

According to the FDA document:

“These comments will be considered in preparing a response from the United States to the World Health Organization (WHO) regarding the abuse liability and diversion of these drugs. WHO will use this information to consider whether to recommend that certain international restrictions be placed on these drugs. This notice requesting comments is required by the Controlled Substances Act (the CSA).”

Other substances in question include ketamine, Pregabalin, an anticonvulsant, Etizolam, a benzodiazepine, several opioids, and several synthetic cannabinoids, but cannabidiol may be the most exciting considering the FDA acknowledged in its notice that it “has been shown to be beneficial in experimental models of several neurological disorders, including those of seizure and epilepsy.”

Their request for public comment may somewhat contradict the DEA’s decision last year to categorize CBD, a non-psychoactive cannabinoid, as a Schedule I drug simply because it is derived from cannabis and hemp. Though the FDA has approved clinical trials for a pharmaceutical company’s synthetic CBD, natural CBD remains banned despite the government’s acknowledgment at cancer.gov that early research shows its potential for treating a variety of ailments.

Still, because the agency is also asking for testimony on negative consequences and abuse, it’s possible WHO could still move to recommend restricting CBD access.

They explain that WHO’s response to their report and other data “could limit, among other things, the manufacture and distribution (import/export) of these drug substances and could impose certain recordkeeping requirements on them.”

Mounting anecdotal evidence suggests CBD can help treat everything from symptoms of Parkinson’s disease to anxiety. A recent clinical trial found CBD helped reduce seizures caused by a rare form of childhood epilepsy. A small, FDA-approved clinical study of GW Pharmaceuticals’ Sativex, a combination of THC and CBD, found the substance could help extend the lives of patients who suffer from glioblastoma, an aggressive form of brain cancer.

Many CBD users are choosing to reduce their dependency on pharmaceutical drugs, showing the promise the substance shows. A growing number of states allow CBD derived from cannabis. Hemp-derived CBD, which is less potent, is more accessible and available for purchase on the internet.

At the time of this article’s publication, it appears every public comment on the FDA’s docket focuses on CBD and its effectiveness.

Maren Schroeder said the “medical benefits of cannabidiol are indisputable and there is no excuse for this to be declared a controlled substance. This plant-derived compound is helping tens of thousands, if not more, Americans throughout the country.”

“I honestly don’t know much about the other drugs on this list, but I could list over 100 people that I know personally who use cannabidiol and swear by it. I personally use it, it helps me with pain and it’s non psychoactive, no one can overdose on it, and it helps people medically. I don’t understand why it would need to be labeled as a scheduled drug.”

“Cannabis should be descheduled as a dangerous, illegal drug. Cannabis is safe for use both medical & recreational. It’s much safer than alcohol or cigarettes which are currently legal. Please reconsider rescheduling cannabis and make it legal!”

“It has been extremely helpful in reducing my pain and muscle spasms without having to use something like an opiate or muscle relaxer which affects my cognative [sic] abilities also.”

According to commenter Logan Donohi:

“Cannabidiol for me has greatly helped my social anxiety and depression. It has also helped me with sleeping issues and overall stress relief. I have taken cbd as both a tincture and capsules. We need more solid research on this beneficial compound so we can know all its potential benefits and side effects.”

“CBD has helped me with fibromyalgia, anxiety and IBS. Pharmaceutical drugs caused me side effects. With CBD I have no side effects. For me it makes life normal again. Imagine living every day of your life in different pain and add on anxiety so strong you get scared to leave your house. The worry of the pain and what might happen is crippling. Now imagine taking pharmpills that add on more symptoms. Then you choose to live in pain to avoid the side effects. When I started using CBD everything changed. I finally felt comfortable out in public again I finally felt like myself again. My pain has been eased [and] my life has been given back to me.”

Multiple commenters said CBD helps them treat pain, anxiety, and depression. One commenter even credited CBD with helping her eczema. “I see no reason why industrial hemp products, including CBD should be classified as a schedule 1 drug,” she also said.

An anonymous commenter also touched on the shaky legal framework and resulting problems with availability:

“In reference to Cannabidiol, there is no reason it needs to be scheduled in a way that does not make it commercially available. It has helped me in more ways than I could list with no side effects. In the short time it has been up for rescheduling it has already been pulled off the shelf and I am suffering for it. It is non addictive, non psychoactive and completely natural how it could become illegal is beyond me.”

If you have benefited from cannabidiol, you have until September 13 to submit a public comment.