The Hidden Mechanics of the Central Banking System 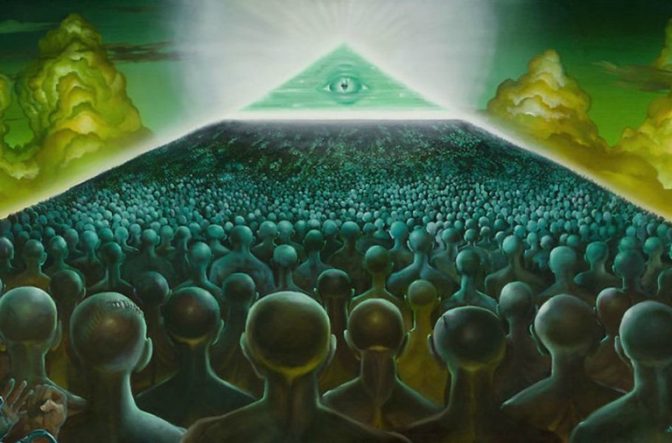 Artwork by MEAR ONE

“For we are opposed around the world by a monolithic and ruthless conspiracy that relies primarily on covert means for expanding its sphere of influence, on infiltration instead of invasion, on subversion instead of elections, on intimidation instead of free choice, on guerrillas by night instead of armies by day.”– John F. Kennedy

John F. Kennedy, the 35th president of the United States, was assassinated on November 22, 1963, Dallas, TX. The exact reason why, has never been clear – and, one can only theorize what the logic behind this great American tragedy may have been.

JFK was a unique leader, and his famous words of wisdom still resonate with many of us to this day. However, there is a particular speech – which is less known, but is probably the most important articulation of one of the greatest issues we are still facing in our current paradigm.

The speech below goes into detail of the fundamental issues of greed, secrecy, and the abuse of power within the central banking system – and why it must be stopped.

This speech was given on April 27, 1961, given exactly 939 days before he was killed (full transcript of the speech is available by clicking here).

Fast forward to 2016, 55 years later…we are in the midst of what is one of the most important Presidential elections of our time, but the issues discussed in this powerful speech are still a weight we continue to carry, and have yet to rectify.

The video below, entitled The American Dream, is “an Entertaining but hard hitting look at how the problems we have today are nothing new, and why leaders throughout our history have warned us and fought against the current type of financial system we have in America Today.”

“All of us Americans strive for the American Dream, and this film shows you why your dream is getting farther and farther away. Do you know how your money is created? Or how banking works? Why did housing prices skyrocket and then plunge? Do you really know what the Federal Reserve System is and how it affects you every single day? You will be challenged to investigate some very entrenched and powerful institutions in this nation, and hopefully encouraged to help get our nation back on track…”

“Change is the law of life. And those who look only to the past or present are certain to miss the future.” – John F. Kennedy

Watch and learn, observe and investigate. The past allows us to understand the present, and we are only able to rewrite the future if we are aware of what’s been hidden, ignored, and grossly misunderstood. We have the power to be the change we wish to see in the world, but in order to facilitate this great shift – we must make sense of what has yet to change.