Homegrown Incense From the Garden 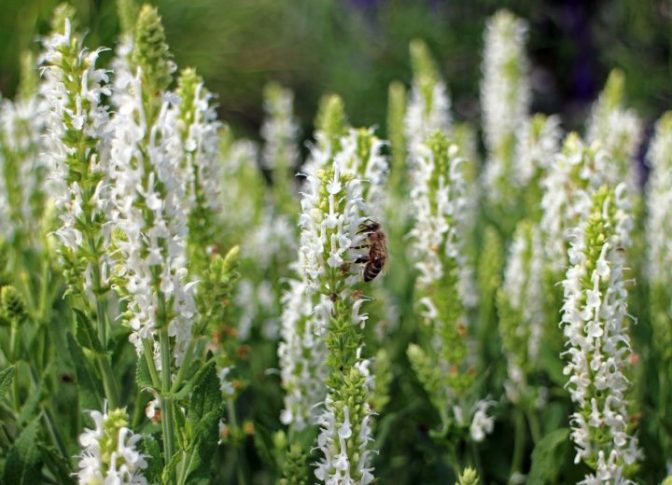 Enjoy your own white sage and sweetgrass. –

Incense. Right now it’s riding a crest of popularity. Numerous plant materials have been used as incense because of their fragrances, but two native plants stand out: sweetgrass (Hierochloe odorata) and white sage (Salvia apiana).

Richo Cech of Horizon Herbs in Williams, Ore., describes the smell of sweetgrass as “vanillalike or new-mown haylike,” and attributes the scent to the plant’s coumarin content. White sage, he says, is penetrating, spicy, camphoraceous — and slightly skunky.

As an incense, white sage is burned to purify people and places, and its use sometimes is accompanied by prayer. Loose leaves often are burned, and a traditional ritual method for smudging the body calls for spreading the smoke by “brushing” it with a feather or bird wing. An alternative is to bind several stems together into a smudge stick. Either way, the leaves smolder, rather than burn with an open flame.

Due to growing demand, commercial development in both plants’ native habitats and improper management of remaining wild stands, white sage and sweetgrass are both in trouble.

“The biggest stands of wild sweetgrass are in Canada where most of the commercial dried braids come from, but wildcrafting is hurting them,” says Craig Dremann, owner of Redwood City Seeds in Redwood City, Calif. “Dried sweetgrass leaves contain very important soil nutrients. The phosphorus and other minerals removed with the harvested leaves are not being replenished, and, I believe, the subsequent diminished soil fertility is causing stands to decline.”

The situation for white sage is bad, too. The plant is native to just a small strip of coastal Southern California, where development is intense. The sustainability of wild populations of white sage may be adversely affected by development, overharvesting and unfavorable weather, although the plant is a tough contender in drylands and in rough, unsettled country.

Fortunately, both sweetgrass and white sage can be easily grown at home, and Cech says, in the garden each contributes a beautiful and cleansing presence. By growing them, you can provide for your own incense needs and perhaps have enough to sell. A thriving market exists for sweetgrass braids and white sage smudge sticks and dried leaves. Local farmer’s markets and the Internet are primary outlets; they also sell well in bookstores, galleries, jewelry stores and souvenir shops.

Sweetgrass grows wild in the northern regions of North America and Europe. Because most sweetgrass seed is infertile, stands are started from root plugs, available from various suppliers.

Cech, who also is the author of Making Plant Medicine and Growing At-Risk Medicinal Herbs, says, “Actually, fertile seed is sometimes available, but empty seedcoats are common and, even when germplasm is present, it is loaded with germination inhibiting compounds.” So the plant is more easily grown using other methods.

Plugs should be planted in potting soil using shallow, wide plastic pots, and kept in the shade for a couple of weeks to develop new roots, according to both Dremann and Cech. Young plants can be grown in the pots until they fill out; then they should be transplanted into the garden, spaced about a foot apart. Do not use clay or peat pots; in both containers, the roots can dry out too quickly.

Sweetgrass prefers rich, moist, slightly sandy soil and full sun. It’s important to keep it constantly moist, but not soggy. Dremann says the plant is a heavy feeder, so fertilize it at least twice during the growing season with blood meal and bone meal for best results.

There are two types of stems: stout ones, which flower from June to August, and lanky, non-flowering stems. Traditionally, both are harvested for braids by pulling them out of the base sheath: Support the base of the plant with one hand while pulling the longer blades out of the basal sheath. This way the roots are undisturbed, which allows the plant to regrow, and leaves the blades at maximum length for braiding.

Lay out the cut stems in the sun to dry in batches no more than an inch thick. Periodically, turn the stems so they dry evenly, and when they’re almost dry, braid them. The braids add a rich vanilla aroma to their surroundings, and generally are kept as is, rather than being burned.

Also known as Grandfather sage and bee sage, white sage is considered a sacred plant by many Native American tribes. It burns with a penetrating, slightly skunky pungency, Cech says.

A perennial that grows 2 to 5 feet high, white sage has gray-green young leaves that turn a dramatic white as they mature. The flowers, which bloom during the summer, are silvery white with a lavender tinge. The seed has a natural low germination rate — about 15 percent — so if you decide to try seed, sow it in very sandy soil or a commercial cactus mix, and water daily; average germination time is 14 days.

White sage is cold-hardy only as far north as Zone 8b (15 degrees); outside of Southern California, Arizona and New Mexico, it should be cultivated as an annual or brought indoors for the winter. Repot seedlings into ceramic pots, using the same cactus/soil mix, and move them to the garden, or transplant them, about 2 feet apart, to a dry, sunny area. Good drainage is essential; most sages do not like wet feet and white sage won’t tolerate it at all.