How I Healed My Failing Liver Naturally 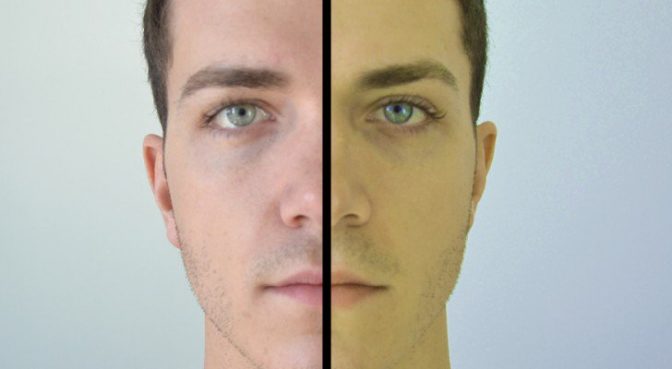 This past February, I was thrown off of my health high-horse. What first started as a headache, fever, and body aches, quickly escalated into an excruciating migraine, debilitating muscle stiffness, and an overwhelming sense of nausea. I was hit with what I thought was a nasty case of the seasonal flu, and it sucked. But I powered through, drinking my liquids and following the natural recommended flu-protocol, knowing that it would all be over within a few days.

My prognosis proved wrong, however. Over a week into my sickness I still couldn’t eat, and I was dropping weight like a Jenny Craig story gone right. The only word I could use to describe the feeling in my stomach was “gross.” My usually clear skin had broken out, and my urine and stool were also starting to look “off” to say the least, which caused some serious concern.

Then on day 10, I looked in the mirror and noticed something even more unsettling – I was yellow. My skin was lifeless and my eye-whites had become saturated by yellow stains and red veins. I knew it was jaundice, a symptom commonly associated with an out-of-whack liver, which is never a good sign. But I was curious about the cause, so I gathered the energy to head to the walk-in clinic to see what was up.

After my tests, the clinic told me that they’d only call or email if there was an issue. A day later, I received the email, with bold capitals, “You have Mononucleosis (AKA kissing disease), and your liver enzyme levels are EXTREMELY ABNORMAL. Please come to the clinic immediately!“

“Mono!? How would that have even been possible?” I wondered, “I’ve been with the same person for 8 years!” I rarely have even just one drink; super-foods and exercise are an everyday staple for me, so how was my liver so out-of-whack?

Well as it turns out, the mono had conveniently decided to wage war against my liver, and I was losing drastically.

The doctor explained that normal liver enzyme levels range anywhere from 5-50 units per liter of serum, while someone who is ill may have 100 u/liter. My enzyme levels were over 1000. She told me that my liver was basically failing and that I would need further testing done at a hospital.

I was shocked. Never did I think I would be dealing with a failing liver at the pinnacle of my mid-20’s health. A large portion of my writing work is based around diet and health. I offer health advice to the community regularly. Confused I was indeed.

But there I was. Sitting in the emergency room, face mask and all, sticking out like the contagion reservoir I was. There were a few curious stares coming from fellow patients, but most were so wrapped up in their own excruciating physical traumas and ailments, such as a burst appendix and kidney stones, to care about anything other than their name being called by a nurse.

I overheard some of them talking, the ones who had bonded while they’d been waiting. Some had been there over 8 hours, patiently awaiting results and word from the doctor about ultrasounds or blood tests. Things were moving slow, and people weren’t happy about it.

Staring at the faces of the busy nurses, med-school residents, doctors, and various other medical staff, one thing was blatantly apparent – no one looked happy. There was a density that filled the room and hallway – sick people, miserable staff. No available water, and the closest thing I saw for food was a vending machine stocked with pure junk.

I was in shock. There was nothing I could see about the environment that was conducive to healing, and it soon became apparent that everything I had feared and known was true – the state of modern medicine is in shambles.

Here was my dilemma – do I sit and wait for another 3 hours to hear my limited options (of which there weren’t many in my case), i.e., a liver transplant? Or do I say “screw it” to the conventional medical system and take my health into my own hands, like I tell so many others to do in my writing?

Then, in a moment of divine synchronicity, I got the message. While I pondered my decision, scrolling aimlessly through my Facebook newsfeed, a meme with a frightenly relevant message appeared. “The power to heal is within you.”

That was all I needed. I threw my face mask in the garbage and marched out of the hospital faster than I could say “SEE-YA!”

I told myself it was time to practice what I preach and trust that I had the power to heal my failing liver with the right nutrients.

Although I felt strong in my decision, going against convention is never easy. Fears of the worst-case scenario would come and go, and I was still very sick, and yellow. At times I wondered, “Am I really just letting myself die slowly?” or “Is this lemon juice and oregano oil really powerful enough to heal me?”

Well, long story short, yes they are powerful enough. And here is exactly what I did.

Drinking lots (at least 4 liters) of water is a no-brainer in any kind of body flush. I used filtered water which always had one or two freshly squeezed lemons in it. The alkaline environment created by consuming clean lemon water would prevent any acid-loving organisms from thriving.

Next was to try to kill off the mono virus that was wreaking havoc on my body. I began taking about 15 drops of oil of oregano (combined with garlic) every day. Oil of oregano is a powerful (and nasty tasting) adversary for any sort of bacterial, fungal, or viral infection. Opt only for oregano oil made from Origanum vulgare and Thymus capitatus, a variety that grows in Spain.

I became a regular visitor at a nearby raw-food cafe, called Live Organic, where I purchased a variety of different cold-pressed juices. One of my favorites was a concoction of beets, carrots, lemon, ginger, and cayenne, appropriately called liver lover.

Beets and Carrots are rich in glutathione, a protein that helps detoxify the liver. Both are extremely high in plant-flavonoids and beta-carotene. Eating beets and carrots can help stimulate and improve overall liver function. (Source)

The green juices I chose were low in sugar and contained pounds upon pounds of fresh, green vegetable nutrients. Kale, chard, romaine, celery, and spirulina were most commonly used.

Furthermore, I drank freshly squeezed grapefruit juice like it was going out of style, another great source of glutathione. I found lemon, grapefruit, and orange made a delicious combination.

This cocktail is loaded with vitamin C, a nutrient that works to thin and decongest bile, allowing the liver to more readily digest fats, as well a glutathione, chelation, and antioxidants.

Spices and Herbal Supplements for the Liver

Over the past forty years, intensive chemical, pharmacological, and clinical research has confirmed the mechanisms of action and therapeutic value of milk thistle in a wide range of human liver-related and non-liver-related conditions. Silymarin is the active ingredient in milk thistle that supports liver detoxification.

Double blind studies on the effect of milk thistle on toxic liver damage (mostly alcohol-related), chronic liver disease, and disease caused by certain drugs have been reviewed by medical experts. The experts all concluded that milk thistle is an extremely therapeutically useful medicinal plant product that stabilizes the cell membrane and stimulates protein synthesis while accelerating the process of regeneration in damaged liver tissue. These effects are important in the therapeutic efficacy of milk thistle.

A Reinforced Perspective On Our Current Health Paradigm

Gaining back my health through natural interventions was a very empowering experience. We’ve been led to believe the power lies outside of ourselves, and it is due time that we dissolve this belief system.

After a one month bout of mono and a liver that had almost failed me, I came out of my experience with a new, or perhaps “reinforced,” perspective on our current health paradigm. I absolutely have a greater compassion for the chronically ill. To think that so many spend their days bed-ridden, drug-induced, and helplessly passed down by the medical system is extremely disheartening.

The current system is killing us slowly, divorcing us from our innate power to heal ourselves, and it is up to each of us to regain this ability and to loosen our dependence on the advice of conventionally-trained physicians.

Thanks to the incredible amount of readily available information online, we are amidst a new era of health-empowerment, in which the old adage “you are what you eat” couldn’t be more relevant.

19 Superfoods That Naturally Cleanse Your Liver

How I Healed My Mother’s Skin Cancer At Home