How The Simple Act Of Singing Changes Your Brain & Treats Depression 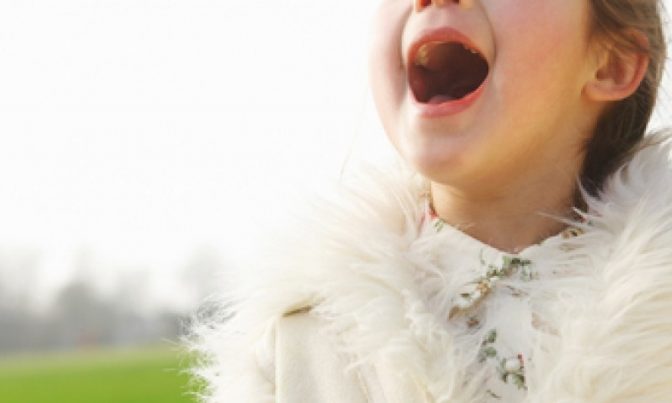 I consider myself a fairly happy person in my day-to-day life, and as I recently discovered, this may be in part due to my constant (and apparently annoying) singing.

Whether it’s in the car or in my apartment, I jump at the chance to sing whenever I can. Interestingly, Time released an article exploring the beneficial health effects of singing, written by Stacy Horn, author of Imperfect Harmony: Finding Happiness Singing With Others.

“What researchers are beginning to discover is that singing is like an infusion of the perfect tranquilizer, the kind that both soothes your nerves and elevates your spirits.” – Stacy Horn, Singing Changes Your Brain, Time.com.

Scientists have been curious about the elated feelings associated with singing. They discovered that when we sing, we release endorphins, the ‘feel good’ biochemicals. This explains the emotional response so many of us have when we hear our favorite genre or song.

A very recent study even attempts to make the case that “music evolved as a tool of social living,” and that the pleasure that comes from singing together is our evolutionary reward for coming together cooperatively, instead of hiding alone, every cave-dweller for him or herself.

The benefits of singing may also be cumulative, backed by a study which found singers to have lower levels of cortisol in their bloodstream, a stress-related hormone which has been known to have an inhibitory effect on the immune system.

Also interesting to note, one study found that the syncing of multiple heart rates during group singing had a similar calming effect produced by group meditation.

I can personally say that singing has brought me a lot of joy in my day-to-day life, and now it all makes sense!

But here is the good news: It doesn’t matter if you are a poor, average, or skilled singer because any type of singing, especially group singing “can produce satisfying and therapeutic sensations even when the sound produced by the vocal instrument is of mediocre quality,” states this 2005 study.

If you are suffering from feelings of loneliness or depression, why not try utilizing this simple tool to get those endorphins pumping! Perhaps canceling your next counseling session and replacing it with a karaoke night may be the solution you’ve been looking for.

Here is a video from a popular voice coach who gives easy and effective tips on how to improve your singing abilities!