How the Washington Monument May Actually Be a Gigantic Phallus 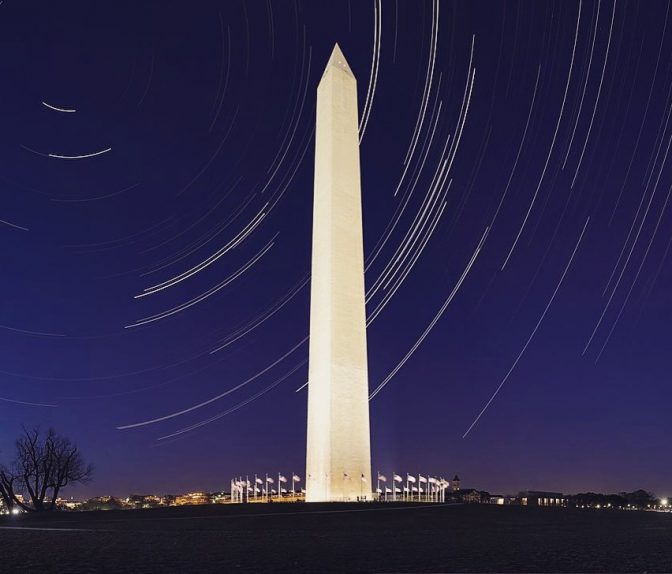 We we learn to “see”, we are able to view the world through a different lens. We are surrounded by symbols, structures, and signs that many turn a blind eye to, but upon closer observation we can come to understand the esoteric meaning behind what is hidden in plain sight. Take the Washington Monument for example…

George Washington was not only our first president, but was also a Master Mason. Freemasonry is a fraternal organization that was forged in the 14th century, and is shrouded in secrecy, and plenty of conspiracy as well. While we aren’t going to indulge into the conspiracy aspect (although, if you choose, feel free to by watching the video at the end of the article, “Hidden in Plain Sight”), the rites of Freemasonry, as well as the use of sacred geometry, and appreciation of Egyptian deities is where we can begin to connect a very interesting dot.

The Washington Monument, is a structure called an obelisk (which measures at 555 feet, and 5 1/8 inches). According to Wikipedia, the obelisk is: “a tall, four-sided, narrow tapering monument which ends in a pyramid-like shape at the top. These were originally called “tekhenu” by the builders, Ancient Egyptians”. What Wikipedia failed to mention is that the obelisk/tekhenu, is actually a gigantic tribute to the phallus.

In the book, ‘Our Phallic Heritage‘ (by Charles G. Berger), the author states: “All pillars or columns originally had a phallic significance, and were therefore considered sacred. Pan, the goat god and god of sensuality, was often represented as an obelisk.  ‘The obelisk is a long pointed four sided shaft, the uppermost portion of which forms a pyramid. The word ‘obelisk’ literally means ‘Baal’s shaft’ or Baal’s organ of reproduction'”.

Baal (Ba’al): A North-West Semitic title and honoring meaning “master” or “lord” that is used for various gods who were patrons of cities in the Levant and Asia Minor.

The obelisk story has another mythology in that it is also the representation of Osiris’ golden phallus…golden phallus you say? Yes, and here’s the story…

Osiris, is always depicted in green…as this son of the Sun was resurrected after death. Story sound familiar?

Osiris was a king of Egypt who married his sister Isis. His brother ‘Set’ wished to usurp the throne and so plotted his death. He tricked Osiris into climbing into a golden chest. As soon as he was inside, Set nailed down the lid and flung the chest into the Nile. It was carried off to Byblos in Syria where it came to rest against a small Tamarisk tree or Acasia tree, with the dead Osiris still inside. Isis found out what Set had done to Osiris, so she set off to find her husband.
A vision led her to Byblos, where she recovered his body and took it back to Egypt.

Isis gets her wings.

Set stole it again and tore it into fourteen pieces, which he scattered throughout Egypt to prevent Osiris from coming to life again. Isis recovered all but one of the pieces – the penis – and gave Osiris a fit burial. Their son, Horus, avenged him by slaying Set.

Horus and Set battle to the death.

Anubis with the feather of Ma’at.

Having triumphed over the grave, Osiris now reigns as king and judge of the so called dead. The piece of Osiris that Isis never recovered was the penis, which Set had thrown into the Nile where it was eaten by fish. Ever resourceful, Isis manufactured an artificial organ (the golden penis) around which the Egyptians established a cult or festival.

From this it is a small step to the conclusion that the obelisk was itself a phallic symbol. Whether of Osiris , Baal or fertility in general, it was a representation of fatherhood and patriarchy.

While the idea that the obelisk is a representation of the phallus, may be a story that seems stranger than fiction. However, when you think of Washington as the founding father of the United States, and the obelisk being a representation of fatherhood/patriarchy, it makes a lot of sense. Also, considering the fact Washington was a master Freemason, which in their terminology deems him as a “living stone” who became the cornerstone of American civilization. All the stars seem to align, and the dots connect as to why the Washington monument was erected (no pun intended) in his honor.

To learn more about secrets hidden in plain sight, take a peek at the video below as referenced earlier in the article.