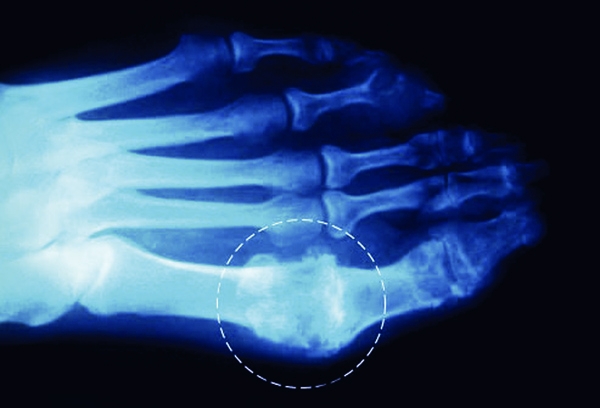 A recent study found that a diet rich in acidic foods increases uric acid levels in the body, leading to conditions such as gout (form of arthritis), joint pain, and uric acid crystallization.

Peter was suddenly jolted from his sleep by a sharp and throbbing pain in his left foot. He looked down to see that his big toe was extremely swollen and red, so tender and sore that even the lightest friction from the bed sheet was too much to bear. This was becoming a common occurrence in his life, a highly inconvenient one at that.

Wendy could barely function at work. She struggled to even finish her morning coffee for fear of having to go to the bathroom, for every time she did, she would nearly pass out from the immense pain shooting through her belly and pubic area. This was her second case of kidney stones in the same year.

If you or somebody you know is suffering from kidney issues, joint pain, or a condition known as gout, then you probably know how unfortunate it is to experience a lower quality of life at the hands of a debilitating ailment.

According to Global RPH, approximately 2 million people suffer from gout, a form or arthritis, 75-90% of which are men. Gout has been known to lead to painful conditions such as kidney stones due to the build up of uric acid in the blood or urine.

Although there are multiple factors which can lead to high levels of uric acid in the body, a recent study suggests that uric acid build-up can be linked to one substantial factor – an acidic diet. The study explores the theory that by introducing a more alkaline diet to the body, one can effectively lower uric acid levels, thereby reducing instances of gout and other kidney and joint related issues.

What The Scientific Evidence States

The study enrolled a group of healthy female students, who had no medical problems at their regular physical examinations provided by the university, in a back-to-back 5-day study which compared urine samples from a high-protein, less vegetable/fruit laden diet (acidic) to a low-protein, high-vegetable/fruit diet (alkaline).

Researchers measured the total volume of urine, the pH, levels of organic acids, creatinine, uric acid, and titratable acid, as well as all cations (Na+,K+,Ca2+,Mg2+,NH4+) and anions (Cl−,SO42−,PO4−) necessary for the estimation of acid–base balance.

The study noted a linear relationship between higher acidic serum levels and the metabolic degradation of materials being consumed (diet).  Uric acid in the serum was higher in the acidic group than in the alkaline group, therefore from these observations, it is considered that uric acid may be reabsorbed more actively in acidic urine than in alkaline urine where it is more actively excreted.

Conclusion & What To Eat For Alkalinity

According to the study, high protein foods (rich in amino acids) were prone to acidic by-products. This included meat, eggs, and some dairy products such as butter. Furthermore, foods such as corn, alcohol, sugar, salad oils, and mayo were also found to produce acidic by-products in the body.

Researchers also noted that since the study was conducted exclusively on female students, experiments of the same kind need to be performed on male students, on older populations and also on people with hyperuricemia at baseline for generalization of dietary intervention.

Bottom line: Dietary intervention is one of the best choices in preventing conditions caused by uric acid build-up such as gout and joint pain, and an alkaline rich diet is an effective way to go about preventing these types of disorders.