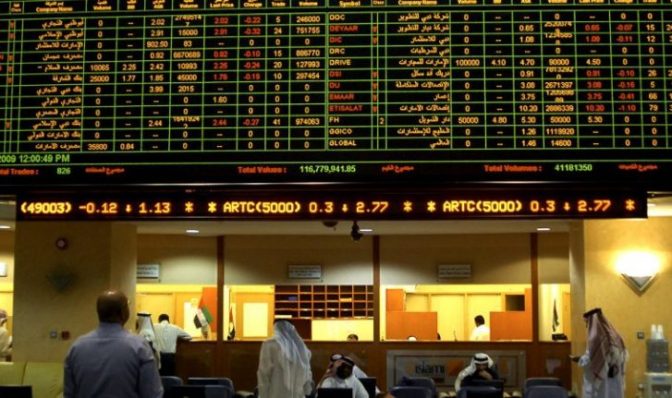 On Wednesday, Murray Gunn, the head of technical analysis for HSBC — one of largest banking and financial services organizations in the world — announced his team had gone on “RED ALERT” due to a forthcoming sell-off of stocks. The alert comes in the wake of the price action that occurred over the past few weeks.

Gunn used a form of technical analysis referred to as the Elliott Wave Principle to reach this conclusion. It works by tracking alternating patterns in the stock market in order to pinpoint investors’ actions, as well as determine potential next moves.

On October 19, 1987, the Dow Jones Industrial Average, which creates deals with the 30 biggest American publicly traded companies, lost 22.6% of its value. Gunn referenced that stock market crash in late September, acknowledging that the current stock market’s behaviour strongly resembled the 1987 crash. He announced that the stocks were under an “orange alert.”

Now, due to a 200-point decline for the Dow on Tuesday, Gunn says the “RED ALERT” has come.

“With the US stock market selling off aggressively on 11 October, we now issue a RED ALERT,” Gunn explained. “The fall was broad-based and the Traders Index (TRIN) showed intense selling pressure as the market moved to the lows of the day. The VIX index, a barometer of nervousness, has been making a series of higher lows since August.”

And other financial firms have followed suit, issuing red alert warnings. Citigroup, for instance, told clients that investors aren’t sufficiently protecting from U.S. election risk. Thomas Fitzpatrick, the managing director at Citi, acknowledged the similarities today’s market have to the 1987 crash as well. He also noted other signs the market might crash:

The market is very worried about the banking industry in Europe and the European market at present. Britain will be officially opened in March 2017 to withdraw from the EU legal procedures. Deutsche Bank has not yet reached a settlement agreement with the U.S. Department of justice, to further reduce the fine of $14 billion.

This year’s American election is the most serious in recent years.

An increasing number of reports have pointed out that the Central Bank of Japan and the European Central Bank will exit before the withdrawal of some of the economic stimulus policies. This further increases the people’s concerns about the central bank measures are effective.

“As long as those levels remain intact, the bulls still have a slight hope,” Gunn explained. “But should those levels break and the markets close below (which now seems more likely), it would be a clear sign that the bears have taken over and are starting to feast. The possibility of a severe fall in the stock market is now very high.”