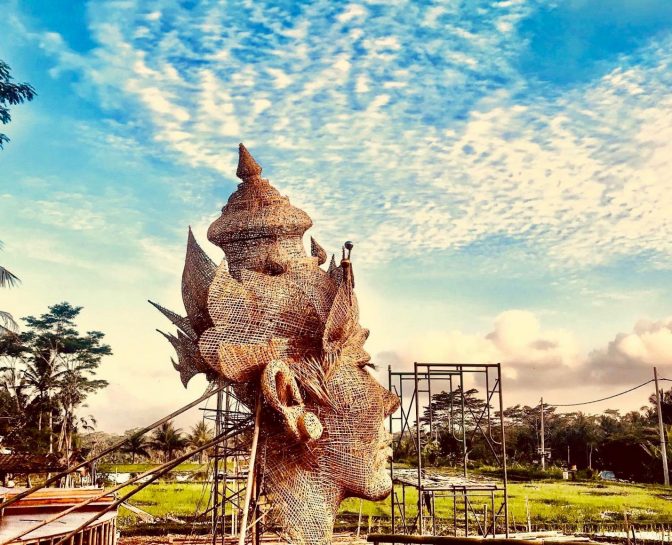 The human brain does not invent!

As human beings, our brain only knows how to imitate, how to copy what we’ve seen or what we’ve been exposed to. In fact, in the Kemetic Temples we say that “there’s no space in the universe for anything new to be created”, because space is already full.

Example: whoever “created” the airplane will take the credit of being ingenious for creating the airplane. But people have first to sit down and observe nature: “Oh! man there’s a bird flying, how can I get myself up there and experience what the bird is experiencing?”; and that’s how they came-up with the idea of creating an airplane. In French the airplane is called, AVION: [Appareil, Volant, Imitant, Oiseau, Naturel], meaning a flying machine imitating a natural Bird.

Anything you see is about that. A car for example, is the spirit of an animal, something in nature that was represented, which was imitated. Maybe that’s why when a new car comes out, they describe it in terms of “horse power”, etc. Anything that you can imagine, anything you can think about, has been seen somewhere else before because your brain saw it somewhere – you’ve been exposed to it.

Within initiation school, or the Kemetic Temple teachings, when we say that, “there’s no room for new things to be created” it’s because creation, the way we understand it as humans, is like the mistakes or errors, that we make while trying to represent something from nature. It is these mistakes and errors that we call creation. If the human “creator” had no limitation, no errors, in copying the natural bird we would have a Bird and another Bird. Those limitations, errors or mistakes in copying are what we call, creation/creativity.

For our ancestors to sit and carve the Pyramids… it is because they’ve been exposed to it already. Now the exposure might happen in our reality, e.g., you can touch it, feel it, or in a spiritual world (where you can see it, come back here and then reproduce it).

In Meritah (Africa) someone can transform a piece of wood into a plane and fly; five seconds from Africa to the US – and come back in five seconds. That’s what we learn in initiation. But in our villages, when you see an elder doing that, or a young person doing that, the non-initiated people call that person a sorcerer/witch. People in Meritah in the temples have already passed this level. Our people went through the phase of accumulating material wealth, of enjoying the material wealth. We came to understand that the material wealth doesn’t have any benefits then so we decided to look for what we don’t see” and that’s how we end-up discovering the beauty of the universe and all of the good things in the universe.

The mentality, the education of modern society is telling us to call this [The Plane] progress. It is telling us to call the mistakes or errors, the limitations – the progress. Machines are the creation of the human being [even the computer itself is the imitation of the brain]. How the brain functions: that’s what someone, who sat down and tried to reproduce it – in a material way. An iPhone (for example) is Steve Jobs’ brain’s creation. Steve Jobs focused, sacrificed his energies to bring the iPhone and now all of humanity is using the iPhone. The whole of humanity functions based on Steve Jobs understanding of what life is. But back home in Meritah, if I want to communicate with Sacha Stone, I can just lean on a tree, he leans on his tree, and we can talk. How can we call this machine [the iPhone] Progress?

So, the point is that the Human Brain doesn’t create. The limitation that the human being faces in trying to copy something in nature – or in the universe – is what we end-up calling creation.

If I put a glass filled with water in front of you and I ask you, “Tell me what it is? What is its use?” I can bet that not many people (if not anyone) will be able to give more than three ideas for potential uses for the glass.

But a baby that doesn’t talk yet will look at the object [glass] and have about 500 ideas in a second! The baby questions everything: Why this shape, why this material, why does it make noise, why does the water keep that particular position, etc… but yet, when you reach the age of 15, they will say you are intelligent; when you reach the age of 25, you will be praised for becoming even more intelligent, and so on and so on. When you’re in your 30s, you finish your degree, masters, your PhD, etc.

But you’re just becoming intelligent into the limitations that someone else has set for you. You were born into a situation where your horizon was vast; your intelligence could expand into all. Someone at some point decided to restrict you…. you don’t go outside of this: and at the end of the line you may have become a PhD. Meaning, that you have become more specialised in one thing. If someone says he/she has a PhD in a medical field, then that means that the person is a Doctor in a specific subject in the medical field, and they call the person highly intelligent. But that person is only able to do that one thing. Apart from that one thing the person isn’t good at all in many of the other things. You just become intelligent in what they want you to be intelligent in.

If you don’t have all these degrees and you live in the bush, they will call you a savage, even though you’re the one who wasn’t limited in your knowledge of existence. This is how society is structured, what they need you for; they let you be intelligent in that. But we don’t recognise that as intelligence – it is the equivalent of you, being a good imitator. Because if I brought up the formula e=mc^2 you would know the person who [imitated] that formula. That’s the intelligence of one person who sat down and came up with the formula. They will teach you to make you feel like you are intelligent in something new, which is really something that you have copied.

That’s not intelligence. For us intelligence is when you start something, by observation, and you put your energies towards it, you put your spirit towards it, you sacrifice yourself for it, and then at the end you come-out with a good result. That is the outcome of your spirit, your intelligence you have experienced. So, intelligence is different from being smart or being a parrot. In the Kemetic schools of initiation the Priest will say to his students: [I am not giving you the knowledge to be able to repeat like me, I am making sure this knowledge can be applied to your life, and if it fails, leave it. Own it, own that knowledge and then you will see how it goes].

In traditional society knowledge is like a painting, it is always individual, it is personal. As nature never strikes twice in the same place, nothing in nature repeats itself, as nature is singular. The point I am trying to make here is that your brain needs to work; you need to be a thinker, and as we say, if you want to be a thinker… just start thinking. Use the brain, be open to existence, and be open to nature. There are two kinds of people that live on the planet: those who want to reach spiritual existence, and those who are scared of going to the spiritual aspect of existence, i.e., those who just want to remain in the concrete aspect of everything. 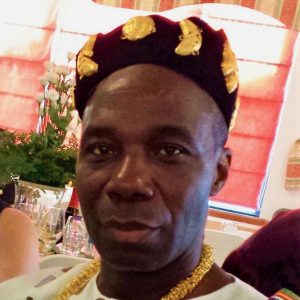 Chief Sylvestre Gnakale, from Africa’s Ivory Coast is a NewEarth University Fellow associated with its School of Consciousness & Spirituality; and School of The Living Arts