Human History and the Psychedelic Renaissance 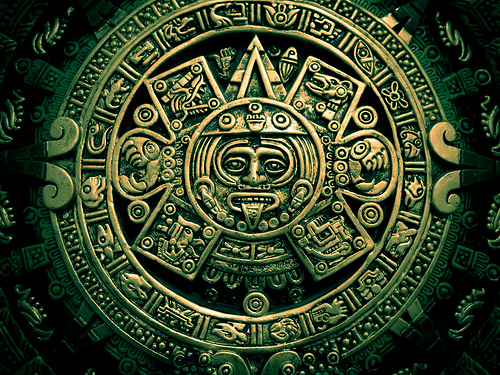 The Mystery of Human History

One of the greatest mysteries of our lives pertains to the fact that we do not have a clear understanding of human history and origin. We have sacred texts that seem to point toward a flood myth, all while having similar creation stories prior. The fact that time was never really the focus when these stories were conceived seems to further confuse us…or maybe these were the first stories to inspire a creative recording of these moments?

When we look deeper, we notice there seems to be a common thread. Through each consistency found, there is an allegorical understanding of the movement in the sky – just as astrology clocks each moment above, revealing a direct relationship with what is happening on Earth. When we start to make these connections, it’s immediately discredited as “pseudo-science”. Pop-science refuses to recognize the importance of these ancient myths and complex systems – and instead, they are discovered by those willing to explore the edges of our commercial reality to see beyond the details and understand the patterns and cycles that define us.

The ancients knew that our cosmology and natural cycles had an intelligence. It told them a deeper story about themselves and human nature’s history…they wrote their philosophy in the sky, using cycles as metaphors to explain how these moments correlate to our earthly experiences. Our humanity was being defined by our understanding and interpretation of these stories, while testing our morals. The magic was activated through a symbolic connection found within each metaphor. It was ‘gnosis’ before the modern world divided it up into individual sciences. This was the art form that was passed down and shared beyond literacy, a communion of philosophy and metaphysics, understanding transformation through storytelling.

As institutions were further developed, we became ruled by the very systems we put in place. Intentions were masked by a quality of life reinforced by standards set. We were told what to observe, and were fed bits of information we could apply to our lives, without any real explanation. It seems that those who could not understand the greater mystery hidden in antiquity , simply built other systems on top of what was already written as a way to allow us to progress without having to carry the burden of understanding how the universe communicates to us and through us.

The complexity of ancient ideas were, perhaps, too impractical for a culture that had to start fresh and rebuild their human history. Instead of integrating ourselves in the natural world to find a greater understanding of what is happening within our consciousness. We choose distract each other in the material world, competing within the confines of time, discouraging those who want to shine light on what’s been hidden in the dark.

Beyond the synchronicities found when we look into astrology, birth charts, and calendars – we realize there is something powerful connecting us to these ideas. There is a reason why we have a proclivity to the subjects still considered “fringe”, and symbols that have deeper significance – beyond what meets the eye.

We can look into any theory, considered “pseudo science”, and choose whether or not it applies to us. We can recite facts, or hide behind skepticism. Regardless of result, we need to creatively find the melody hidden, and make the connections that expand our mind. That is what makes our hidden history an exercise in itself. We are given the tools, and patterns to explore… it’s up to us to see how we can use it to illuminate ourselves.

From 1960- 2012, humanity began to collectively rediscover ancient wisdom, and there was an explosion of this “new” consciousness. This was the beginning of the first psychedelic renaissance, compounded with an interest in Buddhism and the Tibetan Book of the Dead, there seemed to be a direct connection between the psychedelics and these sacred texts. While Yoga and Martial Arts began growing in interest, Astrology, ‘New Age’ Mysticism and the occult were also being introduced to popular culture. The Beatles tuned into this frequency after receiving a book about reincarnation from Maharishi Mahesh Yogi and studying Transcendental Meditation.

Over the next 40 years, humanity sought to find its individual place within the universe. It seems like what we were seeking to understand has been communicated to us through altered states, both awake and asleep. These experiences were considered taboo, and weren’t introduced to the mainstream until the counter culture of the late 50’s and 60’s channeled their experiences through their art, and inspired others to begin their personal transformation.

Is it possible, that through our subconscious, we began looking at ancient ideas to help remedy the evolution of ourselves in a material world? The last 42 years recorded a cosmic coincidence in the Mayan calendar ending their great cycle on Dec 21st, 2012. It was the beginning of an Earth-Sun alignment, moving from beyond the backdrop constellations and ending as it appears at the center of the universe. Much like, the alignment of human consciousness and the integration of these ideas in the 60s. While we were searching for our place in the universe, out of the darkness, and into the light. The darkness “ended” on Dec 21st 2012 – a time where we collectively and cosmically aligned with the idea that we are at one with the universe, repeating the same life cycles we observe in our natural environment.

The podcast below from Joe Rogan, features Graham Hancock and Randall Carlson – and the three further discuss these concepts. Watch, and share your thoughts!