Human Waste As Sustainable Energy? This High School Student Made It Happen 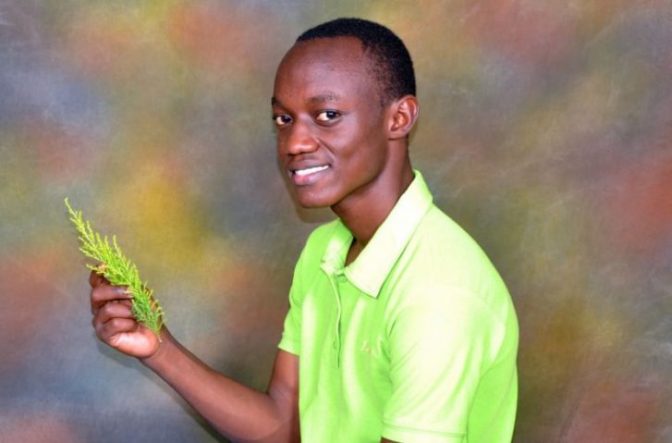 Human waste is something people don’t like to talk about or think about. It smells, it’s not pleasing to the eye, and it conjures up squeamish feelings. Despite how gross you may think it is, there are some upsides of human waste that are worth talking about.

Along with it being a necessity for humans, it may also be beneficial for the environment, as one student at Kenya’s prestigious Maseno School found out.

The student, Leroy Mwasaru, was a high school student at the institute when a dorm room renovation created an unfortunate situation, in which the school’s outdoor latrines overflowed into the local water supply.

People were very upset, but Mwasaru viewed the situation as an opportunity to turn something really gross into something super helpful. He thought that if he could redirect the overflowing human waste, it could give them cleaner water while also helping the school save money on both fire and electricity.

Mwasaru was aware that his school was spending a lot of money on firewood to fuel its kitchens, heating, and lights. He also knew collecting the firewood was labor intensive and that it was expensive. Furthermore, the soot and ash it creates is unhealthy for the staff to be in contact with regularly. This is when Mwasaru’s lightbulb went off: He thought a biogas digester could be used instead.

During his sophomore year biology class, he learned how such digesters harvest natural bacterial byproducts like human waste, and turn them into natural gas energy via a process called anaerobic digestion.

“I initially researched renewable energy and biogas [digesters] just to satisfy my intellectual curiosity,” Mwasaru said. “After a while, it became so much more than biology — there was chemistry too. It got to solving problems my local community faced, such as lack of access to affordable renewable energy.”

Putting his biology knowledge to good use, Mwasaru, along with a group of friends, spent a year building a working prototype biogas digester for the school. Although the community was initially taken aback, and some were even against the idea, eventually it was Mwasaru’s insistence and faith in his invention that allowed it to pass.

It’s understandable that his initial proposal was met with some resistance from the community. “I want to burn our poop to fuel the kitchen” isn’t exactly the kind of thing anyone wants to hear from a high school student, as concerns about cleanliness may come to mind.

“Sometimes it’s the bad energy you get that pushes you to do stuff,” he said.

The team began by collecting cow dung, food waste, fresh cut grass, and water, then mixing them together into a paste, and then pouring it into the digester. As time went on, the waste dropped to the bottom of the digester, separating from the bacteria’s combustible gas byproduct, which can then be collected and used for energy.

Expectedly, the entire process had its fair share of trial and error.

“I have to credit the failures we have had,” Mwasaru said. “Our very first bio-digester prototype had too much gas and exploded, so we had to re-learn and re-invent the model until it was stable.”

No matter how difficult the work seemed at times, the team’s innovation landed them a spot at the Innovate Kenya startup camp, where the teens worked alongside student engineers from MIT to refine their project. Their work was so impressive that it earned them funding from Global Minimum to build a second, improved prototype.

The biogas digester project is now a full-fledged startup and social enterprise called Greenpact, and the now-graduated Mwasaru serves as its CEO.