Humanity May Be Colonizing Space Sooner Than We Imagine 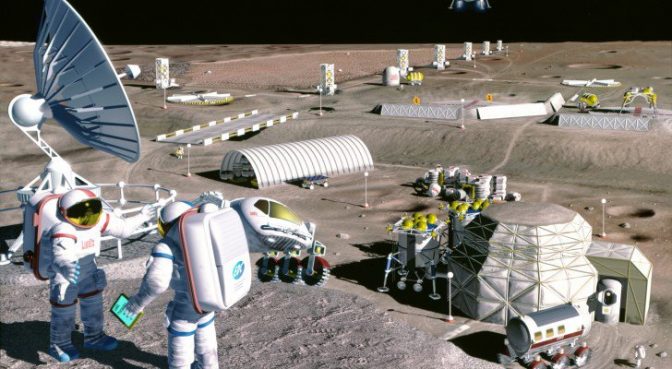 I recently attended the 2015 Summit on World Technology, where I had the chance to listen to two days of mind-blowing talks from the pioneers of our future. One talk (in particular) really affected me, and left me wondering about the implications of what exactly it will mean if what was said comes to fruition, and that talk came from Rick Tumlinson, chairman of Deep Space Industries.

Deep Space Industries’ vision is one of unlimited resources, both in space and here on Earth.  The solar system has provided all the resources we could ever need, right here in our neighborhood. DSI will harvest, process and manufacture these resources, creating a reliable supply chain of products, fuel and building supplies in space.

Human expansion into the solar system has been severely limited by the expense and energy requirements of launching materials from Earth.  The availability of supplies and resources in space will fundamentally change the economics of space exploration and settlement.

Near Earth Asteroids (NEAs) contain a wealth of useful materials such as water, metals and silicates.

To date, scientists and astronomers have discovered over 13,000 Near Earth Asteroids (NEAs).

Many of these NEAs are energetically easier to reach than the Moon and are close enough to Earth that round-trip missions can be completed in as little as six months.”

Tumlinson’s talk began with the video at the bottom of the article, and segued into his vision of the future, where “humanity and life expand indefinitely into the solar system and the universe.” By mining asteroids, DSI believes these resources will allow human expansion into the solar system, and will also fundamentally change the economics of space exploration and settlement.

While the prospect of deep space exploration is absolutely fascinating, especially to someone that has always felt at home in the stars, I couldn’t help but wonder what this means for the future on Earth, and a future in space.

It seems with progressive independent companies like Space-X, Bigelow Aerospace, etc., that our galaxy (and galaxies beyond) will soon become the new Wild Wild West, and as exciting as it may seem, it also begs the question, are we really ready? With the current state of humanity here on this planet, how can we truly pioneer a new beginning when we haven’t even begun to undo or learn from the mistakes we’ve made on our mother home?

I’m reminded of a book from my childhood called The Wump World, where the “Pollutiants” invade the world and turn beautiful green meadows into a concrete jungle — which they then abandon after they deplete all of that world’s resources. I can only hope that we do not follow that same narrative, or rather… this same narrative, as we contemplate life in the cosmos.