IKEA Unveils Plan To Lift 200,000 People Out Of Poverty 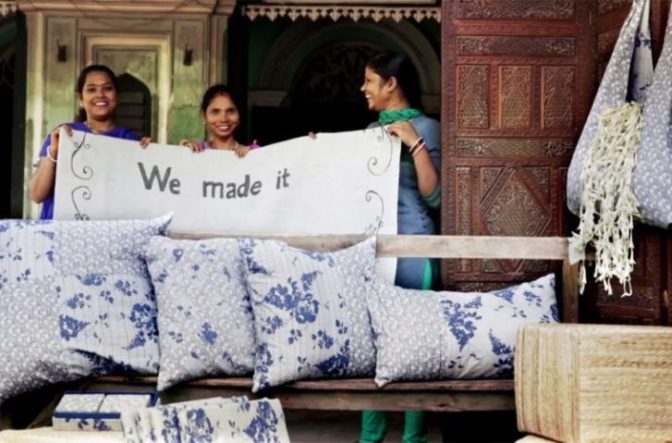 What comes to mind when you think of IKEA?

For me, it’s that very affordable nightstand I purchased in college that I never figured out how to put together from the instructions. But the brand has made quite a name for itself, despite people like me having a bit of an intolerance for playing adult Legos, if you will.

Along with providing people major inspiration for their homes, and oh-so-many options to choose from, Ikea remains one of the few global companies to generate a billion dollars or more in annual revenue from products or services that have sustainability or social good at their core. Essentially, they’ve made sustainability profitable, and that’s a win-win for our future.

On the company’s Ikea Foundation’s website, founder Ingvar Kamprad says: “We all share basic needs: a secure home, good health, a regular income, a desire to keep our children safe, to see them get a good education and succeed in life. That’s why the IKEA Foundation has decided to focus our funding on these key necessities.”

Our Good Cause campaigns in IKEA stores gives co-workers and customers an opportunity to engage with our partners’ work directly. Our latest campaign Let’s Play has children’s right to play and develop at its heart. It follows in the footsteps of our first campaign Soft Toys for Education, which ran for 13 years and raised more than €88 million for UNICEF and Save the Children. And between 2014-15, we donated €30.8 million to the United Nations Refugee Agency through our Brighter Lives for Refugees campaign.

Along with its social good through the Ikea Foundation, the furniture giant recently announced its newest endeavour, involving building new production centers in Jordan this summer — part of a plan to generate employment for 200,000 disadvantaged people around the world.

The facilities, the result of a partnership with the Jordan River Foundation, a non-governmental organization founded by Jordan’s Queen Rania, are expected to be open and running by August. The plants will begin by employing 100 people, and will raise that number to 400 over the next two years. Half of the employees will be local workers, and the other have Syrian refugees.

The Syrian refugee crisis has been going on for six years. Half of the population of Syria has fled the country, 4.8 million people now live as refugees in neighbouring countries, more than 6 million have been displaced within the country, and hundreds of thousands have been killed.

Such sobering statistics truly put life into perspective, and it’s companies like Ikea that show you can do more than just be sad about it, or grateful for your own life: You can help. Their new production centers are one of the many projects they’ve initiated to make a difference. They’ve also launched programs to help Indian women and Sweden’s immigrant population, employing an estimated 2,000 people collectively. The furniture giant hopes to eventually employ about 200,000 people around the world via these programs.

To conduct the projects, Ikea has teamed up with local social entrepreneurs that serve as organizations alleviating poverty through business solutions, as opposed to depending just on aid distribution. This focus makes it possible to not only provide jobs for people in need, but also help organizations normally too small for Ikea’s supplier guidelines to gain business by getting their work into stores.