Infertility, Thyroid Issues, and Cancer: What You Need To Know About The Chemicals In Your Furniture 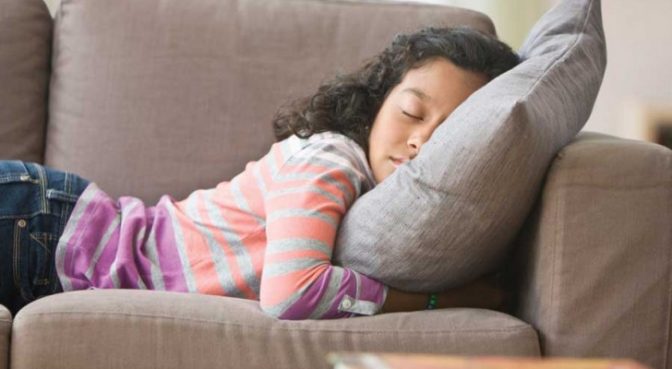 Like most people living in a bustling downtown core, I live in a high-rise condo. And like many other down-town condo-living natives, I live on a budget. Therefore, when it came to furnishing my condo IKEA was really the only option, because let’s face it, IKEA is affordable, and for the most part, trendy.

What I wasn’t aware of when buying my furniture was a hidden toxin that had been sprayed all over it. In fact, most of us in the Western world are probably being exposed to these elusive toxins right now. I’m talking about flame retardants.

Not Just Around Us…

“While odorless, flame retardants such as polybrominated diphenyl ethers (PBDEs) are far from innocuous. These chemicals were recently identified as 1 of 17 “high priority” chemical groups that should be avoided to reduce your breast cancer risk.”

Previous studies have shown that over 75 percent of people have flame retardant chemicals in their system already, making this a pertinent issue worth looking into for most.

Recent tests also revealed that most people have no less than six different flame retardants in their system. The most shocking of all was chlorinated tris (TDCIPP), a chemical that was phased out of children’s pajamas decades ago.

When I read about these chemicals being found rampant in our common household items, it suddenly all clicked. I remember the headaches that I endured after initially setting up my condo with the new IKEA furniture. I also recalled the chemical smell that lingered for months after. Could this have been due to flame retardants and other toxic volatile chemical sprays?

In his article, Americans Have More Toxic Flame Retardants in Their Bodies Than Previously Thought, Dr. Mercola explains how flame retardants were initially used in furniture manufacturing to prevent cigarette fires.

Flame-retardant chemicals were developed in the 1970’s, when 40 percent of Americans smoked and cigarettes were a major cause of fires. The tobacco industry, under increasing pressure to make fire-safe cigarettes, resisted the push for self-extinguishing cigarettes and instead created a fake front group called the National Association of State Fire Marshals.

In 1975, the California Technical Bulletin 117 (TB117) was passed and required furniture sold in California to withstand a 12-second exposure to a small flame without igniting. This state requirement quickly  became an international standard.

Since then, their use has skyrocketed. Research published in Environmental Science and Technology revealed that 85% of couch foam samples contained flame retardants.

Aside from couches and mattresses, such chemicals were detected in 60 percent of car seats tested by The Ecology Center while a separate study in Environmental Science & Technology also detected flame-retardant chemicals in 80 percent of the following children’s products tested:

The generous scientists at Duke University’s Superfund Research Center have implemented a sampling system to find out if your furniture contains levels of flame retardants. The process works as follows:

1) Complete their online form to receive a sample ID.

Enclose the following in a box or envelope:

It’s remarkable that this sort of service is being offered to the public considering there are really no other easily accessible services like this available.

The Shocking Chemicals Discovered by the Duke University Team

Headed by environmental chemist Heather Stapleton, the team at Duke University recently uncovered a flame retardant that is not yet identified in the academic literature. The chemical is a chlorinated organophosphate similar to TDCPP, but its health effects are unknown.

Again, TDCPP was removed from children’s pajamas in the 1970’s amid concerns that it may cause cancer, only to later become a ubiquitous addition to couch cushions across the US.

Stapleton and her team have uncovered some of the most revealing flame retardant data to date. For instance, concentrations of TDCPP was discovered in all of the study participants.

Researchers also found that children involved in the study had concentrations 5 times higher in their bodies compared to their mothers. In a separate study, it was found that children who washed their hands regularly had 30-50 percent lower levels of flame retardant chemicals on their hands, supporting the idea that household dust was a primary route of exposure.

PBDEs resemble the molecular structure of PCBs, which have been linked to cancer, reproductive problems, and impaired fetal brain development. Like PCBs, even though certain PBDEs have been banned in some US states and the European Union, they persist in the environment and accumulate in your body – and can still exist in products imported from other countries.

Higher levels of PBDEs have even been linked to fertility issues, which may be likened the chemical structure resembling thyroid hormones.

Earlier this year, another study also found that children whose mothers were exposed to flame retardant chemicals during pregnancy have lower IQs and are more prone to hyperactivity disorders.

New Regulations Are Changing The Exposure To Flame Retardant Chemicals

Thankfully, many countries have already banned the use of harmful flame retardants in their products. In the U.S., the recent passing of TB-117 2013 will hopefully limit toxic chemical exposure. Even IKEA plans on changing their regulations in 2015.

The change does not prevent manufacturers from using flame retardants, but it does make it feasible to avoid their use while still clearing regulations. The new requirements state that upholstered furniture sold in the state must not continue to ‘smolder’ some 45 minutes after a lit cigarette is placed on it—protecting against a cigarette carelessly dropped on a couch rather than a lit candle.

Manufacturers can meet the requirement without the use of fire retardants, by using fabrics that better withstand such exposures or by lining furniture with a fire barrier such as polyester batting.

1) Be especially careful with polyurethane foam products manufactured prior to 2005, such as upholstered furniture, mattresses, and pillows, as these are most likely to contain PBDEs. If you have any of these in your home, inspect them carefully and replace ripped covers and/or any foam that appears to be breaking down.

2) Older carpet padding is another major source of PBDEs, so take precautions when removing old carpet.

3) Deca PBDEs can be found in electronics like TVs, cell phones, kitchen appliances, fans, toner cartridges, and more. It’s a good idea to wash your hands after handling such items, especially before eating, and at the very least be sure you don’t let infants mouth any of these items (like your TV remote control or cell phone).

4) Look for organic and “green” building materials, carpeting, baby items, mattresses, and upholstery, which will be free from these toxic chemicals and help reduce your overall exposure. Furniture products filled with cotton, wool, or polyester tend to be safer than chemical-treated foam.

5) PBDEs are often found in household dust, so clean up with a HEPA-filter vacuum and/or a wet mop often.