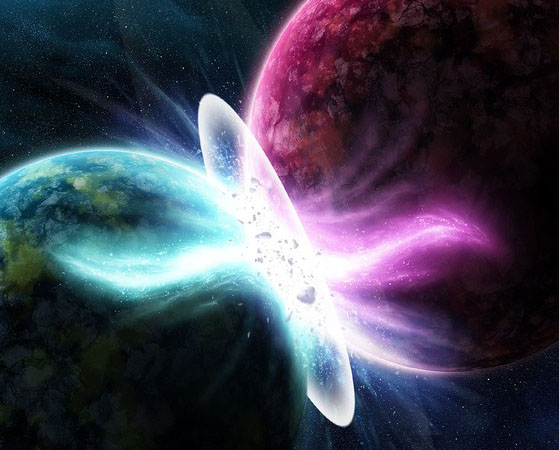 What brings two completely different worlds together, in this case a person of science and a person of racing, which will cause the transformation of renewable radiant energy, from a 50 year history of mechanical rectangles and hardware installations, to a simple “infused” and more efficient radiant power liquid source called Solar Liquid Power, or simply SLP?

David Sears is a former world champion Formula racer, with a family lineage of racers and champions like his Dad, Jack. Doug Linman is an ex-military man, engineer and scientist with a lineage of military and education service, through his Dad, also named Douglas, who was a decorated WWII veteran and one of the early founders of public services broadcasting. So what force of attraction combined Doug and David, one in America and one in the UK, to risk everything to birth a new renewable energy source for humanity? Dreamers … sure, disciplined … certainly, self reliant … have to be, exacting … natural, obsessive … good comes from practice – great comes from obsession, age … well, you have to be mature in knowledge and experience to see and plan the realization of a bigger vision.

Innovation is NOT simple, nor instantaneous. It takes every ability you have matured in your life, especially patience and self discipline to bring about a result, but it takes 2x this and the inability to ever give up to bring about a well considered innovation. So understanding this, innovation is not for the faint of heart.

David and I will take turns on this blog to talk about how we are able to seemingly be wired exactly the same and, almost through a conductive consciousness, be able to handle all our work and international planning, while physically nearly 6,000 miles apart separated by land and sea! What brought us quickly together, years ago, was a casual meeting we had in London. He was looking to diversify his business portfolio in ways that would also help his racing team, along with having interests in energy. I was in London presenting SLP to anyone who would listen, after the famous Solyndra Corp loss of nearly 700 million, which drove US investors away. So the UK was the logical choice, in order to obtain production funding influences, hunt for international contract bulk manufacturing and capital money interested in the advancing world of nano-science and electrochemistry fusion, as our tested unique approach to help solve the energy crisis and put people back to work everywhere. Our solution was the birthing of Solar Liquid Power. Simple idea, right!

David and I spoke for hours as though our houses of knowledge and understanding had been connected forever. Individual Racing and Science backgrounds, together, what could possibly come out of this mixture?

We are both passionate about our work, highly disciplined, obsessed in our pursuit of the end game, from the starting position, through every move it would take on the course, to roll past all the opposition in progressive and considered advances, to safely finish and win as a growing respected entrant as well.

The idea of Innovation is simply not enough to become an innovator. Without a highly disciplined and deep ‘sleepless’ desire, in a ‘considered’ area, the ground would not be prepared for successful growth. Planning, preparation, studying, visualizing the course and challenging yourself to the task for a Win … without ever giving up or giving in … breeds the risk to assess and the probable rewards, which set your clear sight to achieve. Ours was humanity! We had both traveled all over the world meeting some extraordinary people and leaders, but also witnessing that over 3 billion people on Earth struggle every hour just to survive, without basic food, water, medicine and shelter, moved us. The long term vision, of where this “liquid power” source could quite possibly provide a significant solution to all industries and people, would now very much depend on how we structure the business.

Most “innovations” fail because first, the idea is flawed, ill considered and timed poorly. Then secondly, the business structure to support the innovation and its risk and rewards was ill conceived to establish and sustain the business. We held all these levels of conversation and discussion. This is when we both knew that the demanding background structures of our diversity made us singular in purpose, as contributing clear and mature thinkers to our now focused mission, to wit;

To deliver for decades to come affordable renewable power sources, like never before seen, to all people and across all industries using our skills and knowledge in nano-science and electrochemistry as Molecular Quartermasters, in the promotion and provisioning of new renewable energy sources for all.

Big job – certainly, demanding undertaking – surely, like science and racing, but to be able to enhance world hope and prosperity through a science which promotes electricity, as a liquid coating … priceless!

Innovation, along with its risks and rewards, do not come around easily. Your need to fail, fall, think and re-think, to truly deepen yourself for the challenge. If you are willing in every way to undertake and overcome the barriers at all levels of what it takes to be honorably called a “innovator”, then your personal race will be for the Win!