ITNJ Judicial Commission Reflections: Waking Up AND Growing UP 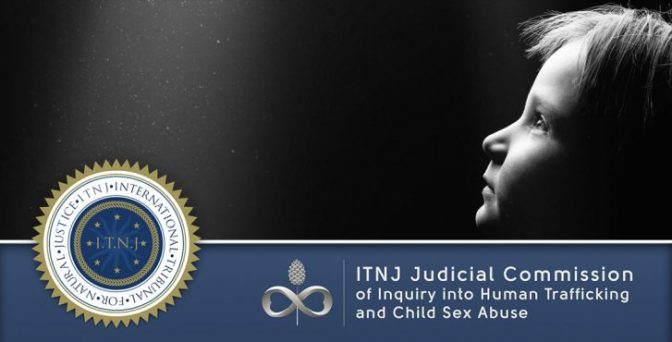 You could hear a pin drop.

The room in Westminster Hall was full; not a spare seat remained on this day – day one.  Light streamed in from the southern windows casting a golden hue upon the brave Souls testifying.  One after another the witnesses – women and men from all walks of life, from various continents – leaned into the microphone and spoke their truth, some through tears and cracked voices…all with courage.

In an economy of motion, one word springs to mind to describe this event: epic.

The International Tribunal for Natural Justice (known simply as the ITNJ since its inaugural seating in June, 2015) seated its first Judicial Commission of Inquiry in London, April 16-18, 2018.  What’s the subject of this inquiry?  Human Trafficking and Child Sex Abuse. 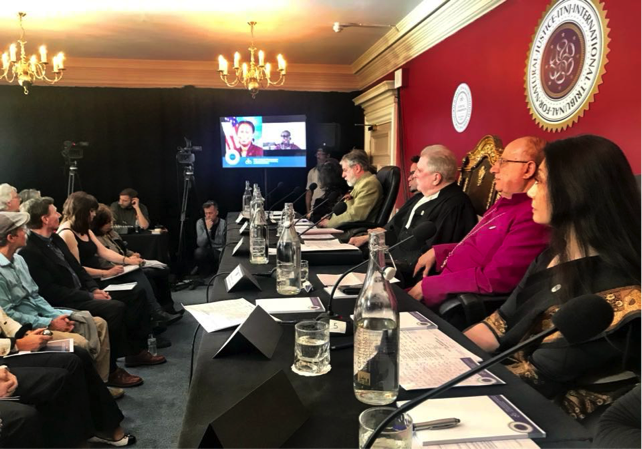 After eighteen months of meetings, deep discussion, heart-wrenching research and vigilant strategy and planning to bring this dark blight on humanity into the light of day, the ITNJ launched a Judicial Commission of Inquiry designed to expose this horrific pandemic and put an end to it, once and for all.  The prime function of the ITNJ’s Commission is to raise planetary awareness and to document the facts, not to prosecute.  The task is daunting, but doable.

Human trafficking and child sex abuse is so widespread, so vast in scope, so ugly, and so evil that it is inextricably bound in organized pedophilia rings, satanic ritual abuse, human organ harvesting, and corruption at the highest levels in government and elitist banking, etc. affecting millions of families worldwide.  These atrocities have gone on long enough.  For centuries world leaders have stood by and done nothing as millions vanished to suffer unspeakable torture, rape and murder by those that have no heart.

Dear reader, I know this is a very dark subject.  We’d all rather be reading about the latest greatest best herb to heal what ails, or the most delicious organic recipe to fill our tummies in healthy revelry, some interesting article on crypto currency or a top-ten list of this-or-that.  Yes, let’s admit it.  But you are still reading and I thank you for enduring with me.  The truth is we cannot – as conscious beings – hide our heads in the sand anymore.  Well, we certainly can, but it’s time for us to fully awaken to the horrors of systemic human slavery; and as renowned integral theorist Ken Wilber generally states for humanity: It’s time to wake up, and, that’s not enough anymore…we’ve got to Wake up AND Grow up. 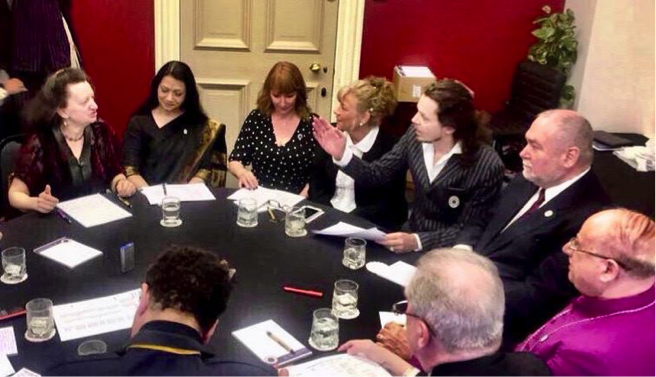 Phase 1 of this Judicial Commission of Inquiry in London, UK was successful – an end of a beginning.  And for that we are grateful to many.

Now there are more and more heroic individuals coming forward to finally share their devastating stories.  The Commissioners shall carry on with judicial proceedings planned throughout the world at various locations in the next six to nine months or longer.  The entire Judicial Commission of Inquiry into Human Trafficking and Child Sex Abuse will compile its research, data, testimony transcripts, etc. culminating into a comprehensive Commission Report, which is planned to be distributed to world governments and leaders in 2019-20 once all vital testimony has been received.

It’s time to end this scourge.

As a human family we must grow up facing the truth of massive atrocities that have been perpetrated upon our fellow brothers and sisters, and upon the innocents – infants, girls and boys in every country.  We are revealing the full extent of child abuse – child kidnapping, child sales, child slavery, child rape, child torture, child murder, child ritual sacrifice, and child body exploitation (blood, bone marrow, body parts, and medical experimentation).  The numbers are stunning.  The facts are real; no fake news here folks!  I know the truth stings.  Every time I catch myself complaining about this-and-that, some dumb thing that truly doesn’t matter much, I stop and think of a child crouched naked in a cage, so scared to death for what waits when the bad man (or woman) returns to hurt her or him, again.  I cringe at their pain and thank my lucky stars for the life I’ve been gifted.  But millions of folks do not have this luxury as their children are missing. 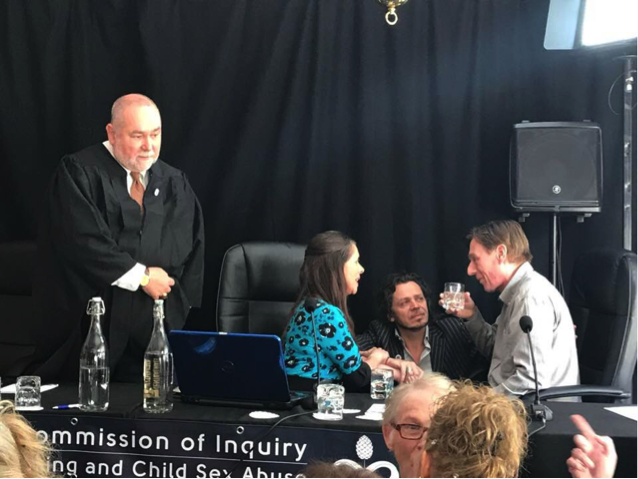 Then there’s what we call “culture” to examine globally in these reflections.

The fascinating mystic, brilliant ethnobotanist Terrence McKenna once said: Culture is NOT your friend.  Some cultures actually condone selling their own children for a few bucks!  How is that even possible?  That’s sick.  The situation is more prevalent than we realize (so I learned going down the rabbit hole within this Judicial Commission of Inquiry).  It has been ingrained, entrenched (and sadly accepted) for generations from a systemic general lack of honoring what it truly means to be human.

We heard testimony from four different witnesses on the horrific persecution of the peaceful Falun Gong practitioners living in China – that was mind-blowing.  Harvesting organs while people are actually still alive?  Huh?  What?  How can humans even think of doing something like that (medical genocide) to each other!?  Well, if they have absolutely no regard for the sanctity of human life then it’s possible and it IS happening on a grand scale internationally because selling someone’s healthy liver for $40,000 or a good kidney for a cool $50-grand has become BIG business.

We’ve got to raise consciousness to the realm of the heart, to love.  It starts with exposure and evolves into Truth and Reconciliation. 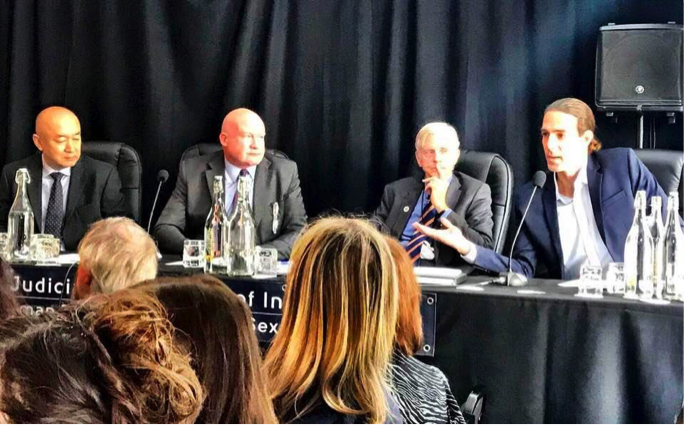 And, the American culture is not off the hook either as I learned through my own research of the alarming fact that federal law sets no minimum age requirement for marriage.  Some at age 11 are forced to marry!  Huh?  How can this be happening in a supposedly sophisticated society?  Half of the US states set a minimum age, below which you generally cannot marry.  Where it exists, the minimum age varies from between 13 and 17 years old:

I discovered while digging deeper that young girls in some states are forced (coerced) to marry older men with the approval of a Judge based on “parental consent” stemming from archaic religious views.  Globally, 88 percent of countries set 18 as the minimum marriage age, but over half allow minor girls to marry with “parental consent,” according to the World Policy Center.  More than 700 million women alive today were married before 18, including 250 million who wed before 15, according to the United Nations Children’s Fund.

But that’s NOTHING compared to the evil torture perpetrated on others through satanic ritual abuse.  Beware – that depraved malevolent stuff is happening right under your nose in every town.

I have learned that even the word “pedophilia” might not be the best or most correct word to generally use.  One of our dedicated ITNJ Commissioners – a professional psychologist for 30 years working in this dark arena – uses the term, PedoSexual.  I’d say she’s got a good point calling this abhorrent behavior, pedosexual.  Needing to have sex with a child is NOT normal.

A seminal part to our Judicial Commission of Inquiry into Human Trafficking and Child Sex Abuse is its Truth and Reconciliation aspect.  This is not a witch-hunt.  We aim to bring absolution and healing into our work as a fractal for justice.  Justice shall prevail in shedding light on these evil practices, but we are creating an educational component, an online open-sourced platform as an irrefutable touchstone for the public.  We set in motion an environment or ecosystem that ensures the restoration of truth, disclosure, reconciliation, and redemption surrounding human trafficking and child sex abuse. 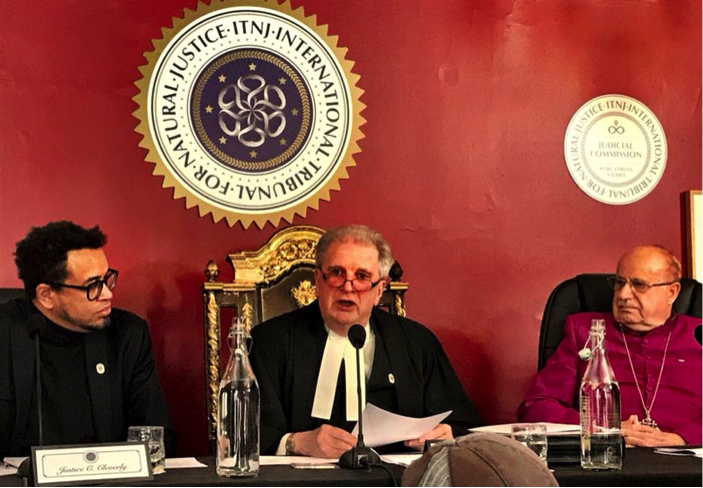 As with most endeavors, a devoted core group is spearheading this seminal initiative.  If you feel resonate in your heart to assist there are various ways to help:

There is only Love or Fear.

It takes courage; please remember how afraid the little ones must be shivering in the dark… children suffering indescribable brutalities. Love shall prevail, of that I do declare. 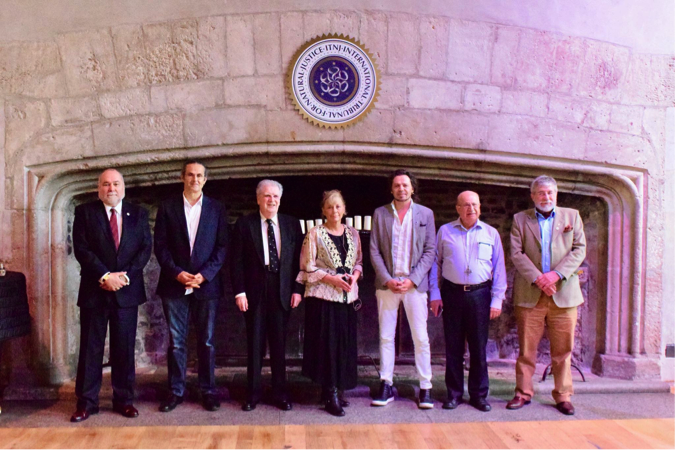