Japan About to Drop Radioactive Fukushima Wastewater in Pacific Ocean 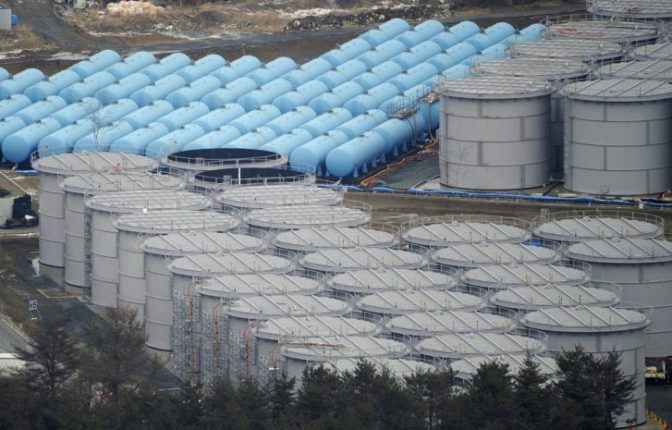 Sometimes it’s easy to blot out from our minds that the March 2011 Fukushima catastrophe that occurred when a major tsunami flooded Tepco’s nuclear cooling reactors following an earthquake was the worst radioactive disaster since the Chernobyl meltdown of 1986.

Similar to Chernobyl, radiation was released across the globe, but the invisibility of it and the media’s lack of fervor, fades the devastating implications from public view.

That’s about to change with Tepco’s recent decision to release radioactive material from the Fukushima plant into the ocean, according to its owners who had been delaying a decision about the wastewater for quite some time.
The plan is to dump the radioactive material tritium which is used to cool reactors whose cooling systems were damaged in the tsunami.

Some 770,000 tons (metric) of tritium-containing water is currently stored in 580 tanks at the plant, reported the Japan Times.

Toxic water at the plant is currently being treated through a processing system that can remove 62 different types of radioactive material, except tritium.

The local fishermen cooperative has hit out at the plan, saying it had not been discussed with local residents.

“Releasing (tritium) into the sea will create a new wave of unfounded rumors, making our efforts all for naught,” Kanji Tachiya, head of a local fishermen cooperative, told the Japan Times.

“We could have decided much earlier, and that is Tepco’s responsibility.”

Before that, the area had already seen spikes in childhood thyroid cancer.

Fortunately, the plan still requires approval from the Japanese government, so there is some glimmer of hope that the Pacific ocean will not be obliterated with tritium – however, considering the massive delay in some kind of decision, it appears that solutions are scarce.