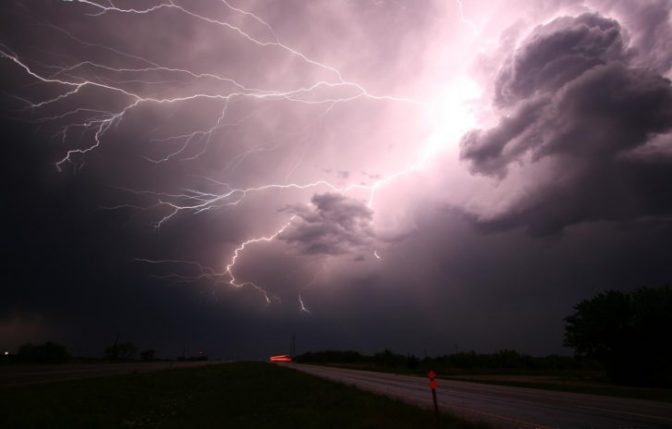 Most people think they know the rules of lightning: 1) Get out of the water. 2) Don’t stand under tall trees. 3) Don’t wave your metal walking stick in anger at the sky.

That’s a start, but there’s much more you should know; for starters, how to tell how close the lightning is. If you can’t count more than 30 seconds between lightning and thunder, you’re in danger. That means the lightning is less than five miles away.

If it’s that close, head for shelter. Large, enclosed buildings are much safer than small, open ones, such as a gazebo or baseball dugout. Enclosed vehicles with the windows rolled up are safe. Golf carts are not.

If you make it to a house, you’d be smart to avoid contact with electrical appliances and even landline phones. You don’t want to get close to plumbing fixtures either. So don’t take a shower or wash the dishes. A violent thunderstorm is a great time to read a book.

But let’s say you can’t make it to a building or a car; let’s say you’re hiking out in the middle of an open field. Whatever you do, don’t lie flat on the ground. Instead, crouch on the balls of your feet, with your feet together to minimize your contact with the ground, and put your hands over your ears to protect yourself from acoustic shock. If you’re in a group, spread out, with at least 20 feet between each person. That will decrease the risk of more than one person getting hit.

The good news is that most people struck by lightning do survive. But you should call 911 immediately. If someone is unconscious, but breathing, they’ll likely recover on their own. But don’t hesitate to move them to a safer spot, if possible. Don’t worry, you won’t get electrocuted if you touch someone struck by lightning. So if they’re not breathing, start mouth-to-mouth resuscitation, blowing in a breath every five seconds. And if you can’t feel a pulse in the victim’s carotid artery at the side of their neck, start cardiac compressions on their chest.

Two factoids to remind you how dangerous lightning is: The air within a strike can reach 50,000 degrees F. And you’re 30 times more likely to die from a lightning strike than from a shark attack.