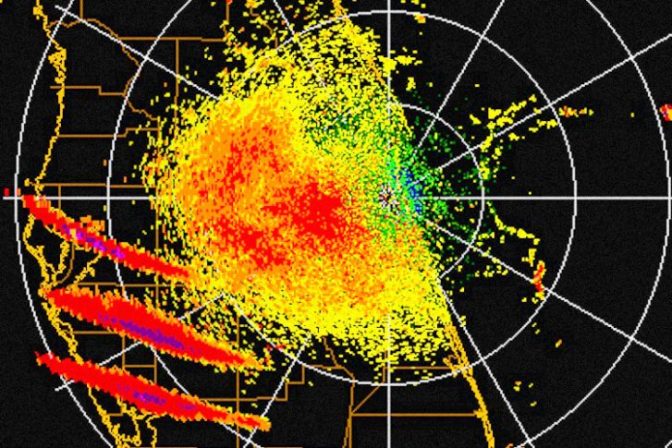 Some things are hidden in plain sight, and no matter how many warnings there are, some people just refuse to look at that which contradicts their beliefs about the world.

Take, for example, geoengineering, which, among other things, involves the atmospheric spraying of aluminum, strontium, barium, plastics and other materials into the sky as a means of ostensibly protecting us from the dangers of global warming.

Mainstream media has been reporting on geoengineering quite a bit in recent years, pitching it as a necessary evil to come, never quite fully divulging the years of evidence we’ve collected which shows how governments the world over are already tampering with the earth’s climate.

Rosalind Peterson, President of the Agriculture Defense Coalition at a UN conference on climate change about geoengineering and weather modification. In 2014 we reported on Lisa Murkowski’s (U.S. Senator – AK) statements in Congress about the HAARP program and it’s purpose of controlling the ionosphere. NASA has acknowledged spraying chemicals such as lithium into the atmosphere over major American cities.

USA Today recently ran an interesting piece about geoengineering, suggesting that such programs would be coming in the near future, while outlining the case that once these programs officially begin\

In this video, an ex-military meteorologist explains that anomalous radar readings are the result of the military spraying chaff into the atmosphere.

“Then you see these bands of very distinct cloud cover moving into the region. That is not rain, that is not snow. Believe it or not military aircraft flying through the region dropping chaff: small bits of aluminum, sometimes it’s made of plastic or even metallicized paper products, but it’s used as an anti-radar issue and obviously they’re practicing. Now they won’t confirm that, but I was in the Marine Corps for many years and I’ll tell you right now, that’s what it is.” [Source]

In this video, a meteorologist in Southern California talks about chaff again, noting that it has been sprayed over the region and is interfering with satellite data.

Again, another reporter from Southern California explains chaff being dispersed into the atmosphere over the region.

In this video from Florida, the local weatherman again talks about the military releasing chaff into the sky.

“I want to point out this big area of blue. That’s what we call military chaff, and the military releases some things in the atmosphere… I know.” [Source]

It’s interesting to see how spraying aluminum and other products into the skies above populated areas is treated as a non-issue by local news. Aluminum is known to cause a wide range of serous health problems including brain damage and Alzheimer’s. It makes you wonder what else is happening in our skies that is not being reported on by the news.

This article (Local Meteorologists Acknowledge Atmospheric Spraying of Aluminum by Military Aircraft) was originally created and published by Waking Times and is published here under a Creative Commons license with attribution to Terence Newton and WakingTimes.com. It may be re-posted freely with proper attribution, author bio, and this copyright statement.