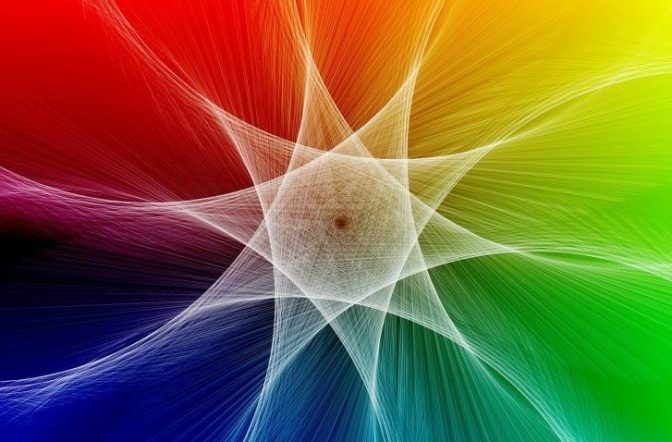 heart as the fulcrum for accessing our co-creative power

The heart (Love) is the fulcrum for accessing the quantum field and, through it a co-creative power to shape our future.  It is through the quantum connectivity of the heart that we bend time & space…returning home to the Source of creation within us.

When our brain aligns with the heart, a magical gateway is opened to quantum dimensions.  Our heart is the core of the holograph that embraces the Whole.  It is the entryway to a once hidden world of infinite fractal connection.  The heart has power to align the immanent with the transcendent, the individual with the universal, the spectrum of developmental and imperfect levels in time-space with all-absolving grace of the infinitely spacious Unconditional Love of the Absolute.  Our heart is the portal to graduated levels of perception in space-time leading to perfection of the all-forgiving, all-redeeming, all-embracing awareness of pure Love.

By bathing in fluidity of the quantum-field, we envision new portals of an enlightened future.  It is through connection with subtle-field energies that the greater cosmic intelligence speaks to us, moves us; nudging us to new possibilities, releasing us from the stagnant silos of old mental constructs.  Its fast-flowing, fluid frequencies visit as pure Light (not false-light), vibrations, shaking up (if necessary, as in kundalini experiences), dissolving old calcified thoughts and energies.  Emergent evolutionary insights and impulses arise from sacred levels.

The mind will try to capture those subtleties, so be aware of this delicate balance.  Mind, when receptive may catalyze fresh impulses into crystallized expression, but, in the process of formulating them, also tends towards calcification of them in a linguistic prison.  We must rest in the heart with its subtle quantum connection for creative insight and guidance, living each vibrant moment attuned to heart-essence ready to receive its divine inspiration.

Mind may then translate this into expression, and subsequently into action.  The line of direction here is from consciousness to energy to matter, the same line of flow through which the Cosmos itself creates.  The flow of organic creative process – in an individual as well as collective human evolution – follows the same line of development as the Cosmos ItSelf — from Consciousness to energy to matter and back again, continuously.  (It is a torus-shape rather than a line, folding back into ItSelf and out again in a synergistic, Self-expressing, Self-refining flow.)

divine love, non-duality and the question of suffering

If God is Love, and everything is – why is there so much suffering?  Many of us today, as throughout history, have wrestled with this question.  Yet through wisdom of the bigger picture, a 360-View of evolutionary non-duality, some clues may be gleaned.

Originally there was only Love, but it splits itSelf into love and hate in order to make possible a return journey.  When the hate – an illusion of separation – has reached such a peak that life on Earth has become a hell, it’s natural to cry for help from on-high, for the return of the good great Love.  Then the Love (good) must be brought back to bear on the “bad”, the suffering – not to reject or judge it, but rather embrace, interpenetrate and dissolve it.

On the temporal level this happens slowly, by bringing Love to each thing, each situation or person in front of us, effecting an eventual material and social transformation – Heaven on Earth.  On the trans-temporal level, the reconciliation and redemption is instantaneous and complete, accessible every moment through a shift in perception – by embracing darkness within Love, the two are no longer opposed to each other, and the darkness naturally merges into Love, the Light.  Shadow is absorbed back into the Light, recognized as never having been separate.  In the split-second when our personal grievances drop, this redemption is recognized within soul.

At the one level we have temporal transformation; at the other, trans-temporal transfiguration.  Neither discounts the other; in fact, they feed and empower each other.  Both are essential aspects of redemption.  In a sense, we’re learning Love the long way through evolution – learning what Love is.. by learning what it is not.

The steps in evolving from an old social paradigm to the next include: discernment about what’s not working in the old system, and why; disengagement from outdated structures and identities; and positive re-engagement in an emerging New Earth sovereign worldview with fresh directions and actions flowing from it.  In this flow, our energies and attention go to the positive, not getting stuck in an oppositional stance.  Non-opposition is a part of non-duality, which both rests in its own fullness and is an open playing field for new possibilities unencumbered by either the force of the old or any loss of energy incurred in fighting against it.

Rather than an angry, confrontational opposition to “this or that” issue, or a “this or that” manifestation of the present delusional system, we need to get to the root of all issues – belief in separation.  This is the root delusion now ruling our world.  Our aim, and the need of the hour, is to move from divisive, oppositional, deluded duality-consciousness to unity consciousness, with recognition that we’re all OneSelf, needing to live cooperatively in Love.  Once established as a foundational vision, our approach becomes more spacious and powerful: We may be both clear and bold in naming all the various areas, structures and institutions formed from divisive consciousness over the centuries, and at the same time begin re-configuring these arenas from unity consciousness.

This greater vision of unity is the truest position of power, from which we may radically change ourSelves.  If we take it as a guiding vision, there is no need – in fact, it is counter-productive – to give energy to opposition and aggressive denunciation of aberrant structures.  Disclosure is not denunciation, but exposure to pure truth, from which the present delusions become self-evident, and one approaches dissolution with compassion.  Compassion opens space for our passion to express itself in the most productive ways possible with positive focus on evolving the new possibilities so essential to creating a New Earth.

We are not saying that campaigns for education and disclosure are not important – they’re essential – but only that they must arise from new-paradigm visioning with consciousness-in-action that makes unity-consciousness paramount.  That will make their passion and clarity all the more effective.

To the extent that traditional religious and spiritual paths are willing to admit that they are not infallible, there may be an opening (from within their own institutions) for an integrated, inclusive, transparent and co-creative healthy evolutionary approach.  Some of the great eastern teachers who taught in the West during the last century, for instance, were revolutionary in their own ways, but they were also carrying baggage from the patriarchal background of their traditions.  The time has come to admit that re-calibration is needed.  The sacred feminine must be honored and feast at the table.  Evolving integral approaches that give new life and relevance to traditional teachings and practices must be embodied by women and men if we are to continue the rich wisdom and experiences offered.

Human evolution is accelerating — everything is accelerating.  Global crises demand our full attention and the need for appropriate responses through a growing level of consciousness of those seeking to respond.  Our spiritual approaches need to evolve, too.  They need to catalyze the changes in consciousness that have taken place in the last few decades, into the social changes critical at this time: To bring us quickly to an emerging non-dual, integral consciousness – Self-realization – and pioneer new-ways-of-being to apply ancient wisdom of the heart into balanced co-creative collaboration and collective action for the salvation of humanity’s higher evolution.

We need – as spiritual practitioners, guides, mentors, leaders and stewards – to evolve in 360-Ways.  In doing so we honor, preserve and share what is perennially valid in the traditional ways, but we’re also willing to leave behind what no longer serves the greater good in Love… and evolve new ways that do.

Love IS the fulcrum; join in this organic process for the higher evolution to a new earth.

Note: To read Part 1 of this article, CLICK HERE