Luke Rudkowski Breaks Down How To Be The Media 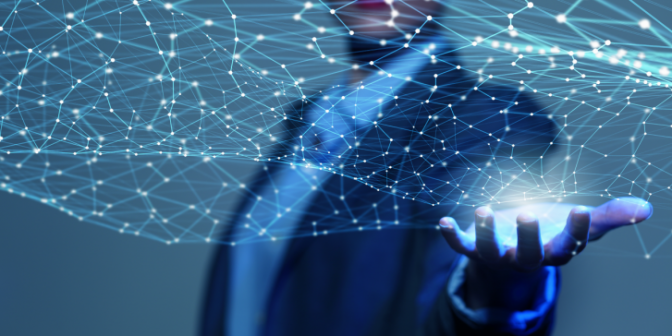 During an interview I did with We Are Change’s Luke Rudkowski, we spoke about how to weather the storm in a field which is rapidly growing.

Luke, as most of you reading this know, is somewhat of a legend in the alternative media world and while I say this on the site he created, I say it independently as a fan.

His work over the past decade can stand on its own. Something one must commend him on considering the amount of people who have stood up and pressed record on their personal camcorders due to the influence he had on them. I am one of them.

Many years ago after quitting my job, I had some money saved up and a few people willing to help me out. I’d been watching We Are Change since 2008 and was in awe of the incredible work they had done, as well as Dan Dicks of Press For Truth. I decided confronting Kissinger and the top globalist elites was the job for me, and not just that, but informing the populace and being the change I wish to see to the best of my ability.

So, I started World Alternative Media, which at its inception went by a different name.

It’s now been more than 4 years since I got into this incredible profession, which I always attempt to convince others to get involved in. Something I find so interesting about this work is that, while we are all trying to be the first to get the information out, we do not compete. We mutually benefit each other. We support each other. We care about each other and respect each other’s attempt to in our own ways inform the populace.

Now getting back to the interview mentioned above, Luke and I got the chance to talk about the steps one can take to become the media, and of course to be the change they wish to see in the world because globalists control the narrative spewed by the mainstream media.

Luke was running back and forth seconds earlier trying to get another story up and working with his incredible team of hard working, passionate editors, writers and researchers.

He explained what motivated him to start making videos, the importance of patience and being yourself, working through the hard times and using negative energy to motivate you to be a better person. It cannot be understated how important it is to transform negative energy. We all have it, we all witness it, we all deal with it and we all see others either fall or rise at its heels. No matter the employment or lack thereof, one can be just as happy homeless as others loaded with money.

With that said, one can be just as sad homeless as others loaded with money. It all comes down to how you handle the hard times and simply make the best of them. Bad breakup? Family member died? Deep sorrow?

All of these things can effect you at some point throughout your life, but most importantly, you can prevail far above those clouds through the transfer of that energy into productivity, something we in the independent media world tend to know a lot about due to the strenuous nature of the job and the level of hate/love coming from all ends at us daily. This is not to complain however, this is to embrace and build from.

During the above interview, Luke also went back to his beginnings including his first posts, his mistakes and what he’s learned from them. He talks about confrontations and how individuals should confront the top globalist elites not with hate but with pity.

The fact is, anyone can do this if they put the effort and passion into research, sourcing, marketing and of course editing. Luke influenced me and while I don’t want to appear conceited, I’ve influenced others who are starting out themselves. This becomes perpetual after a while. Instead of looking at others and saying “I wish I could do what they’re doing, ” instead ask yourself “How can I do what they’re doing?”

More than ever, we need your help to confront this beast called the mainstream media, the state run propaganda and the collectivist deep state hell-bent on destroying our free will, our liberties and of course our humanity. We are bigger than them, so let’s make sure they understand what they’re up against.

We ARE winning the info war and the truth will always prevail.