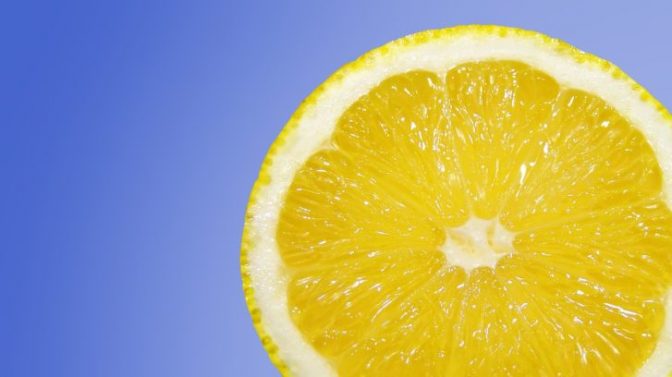 Albert Szent-Györgyi discovered the chemical, ascorbic acid, also known as vitamin C, in the 1930s. One of Vitamin C’s chief advocates, who won twice the Nobel (Chemistry and Peace), was Linus Pauling. Pauling advocated for high doses of Vitamin C to treat various illnesses, including cancer, but was ridiculed by doctors and scientists alike when he claimed it could help prevent cancer. In fact, an essay entitled “The Dark Side of Linus Pauling’s Legacy”, written by psychiatrist and anti-quackery advocate Stephen Barrett, M.D., claimed, “Pauling is largely responsible for the widespread misbelief that high doses of vitamin C are effective against colds and other illnesses.”

Barrett scoffed at the notion, even going so far as to conclude, “Pauling’s megavitamin claims lacked the evidence needed for acceptance by the scientific community, they have been accepted by large numbers of people who lack the scientific expertise to evaluate them.” Going even further, Barrett suggested, “Pauling’s irrational advice about supplements continues to lead people astray.”

Barrett’s conclusions about Pauling’s claims on Vitamin C now paint an entirely different picture. According to researchers from the University of Iowa, ascorbate, derived from Vitamin C, was successfully observed increasing hydrogen peroxide levels in cancer cells, which in turn had a toxic result with cancer cells, killing the cancer cells in lab rats yet not damaging normal cells in the process. The researchers concluded that Vitamin C might, indeed, be lethal to some cancers.

According to the scientists, “These results indicate that an in vivo measurement of catalase activity in tumors may predict which cancers will respond to pharmacological ascorbate therapy.” Once the exact cancers are identified, which are killed by vitamin C, the researchers concluded, “this information can also be used in finding combination therapies that may increase the efficacy of treatment for those tumors with higher catalase activities.” In other words, extremely high doses of the Vitamin C derivative may potentially be added to conventional cancer therapies to help kill more cancer cells.

Of course, the medical establishment, major oncology organizations, the federal government, as well as organizations of physicians, often oppose any discussion of alternative treatments for cancer. That’s because cancer treatment, not cancer cures, are big business for drug companies, hospitals, and physicians. The word “cure” is hardly ever used, and treatment is only blessed by physicians if it goes along with the long-accepted notion that cancer can only be treated by chemotherapy and radiation.

But, as The Free Thought Project has faithfully reported, the eyes of the people are being opened by anecdotal stories from people finding relief and healing from cancer and other illnesses by using alternative means. Stories of survivors treating their cancer with cannabis, vitamin K, turmeric, and other supplements are popping up all over the Internet. Now, it seems, those who are going with alternative treatments may want to explore Pauling’s original conclusions that mega-doses of Vitamin C has the power to help aid in killing cancer cells.

Pauling himself, suffered from prostate cancer, an illness he says was delayed for 20 years because of his consumption of Vitamin C. He took a reported 12,000 grams of Vitamin C daily. Pauling’s critic, Dr. Barrett, scoffed at Pauling’s cancer claims and even made a point to mention in his essay that Pauling died from prostate cancer. He wrote, “He died of the disease in August 1994.”

But what Barrett didn’t tell his readers is that Pauling lived to be 93 years old.

All too often, differing research is ridiculed, suppressed, and even outlawed in the medical field. Instead of being open to the idea of a new treatment for cancer, Barrett, and the medical community at large, scoffed at the notion — setting back progress for decades.

For now, however, it seems that the internet, and its ability to disseminate information instantly, has turned the tables on those who wish to remain in the stone age. Please share this article so that others may benefit from the brave research of Dr. Linus Pauling.