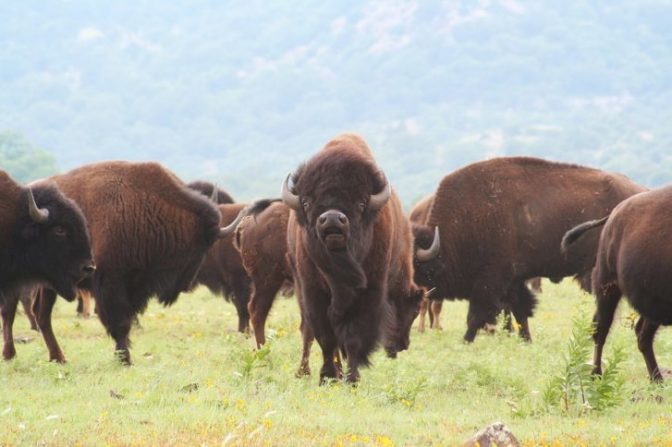 Cannon Ball, ND — In perhaps one of the most telling victories yet, the Army Corps of Engineers declared Monday that the construction of the Dakota Access Pipeline must be shelved until further review. This review includes consultation with the Standing Rock Sioux Tribe so it can be thoroughly evaluated to address the concerns of all parties.

Energy Transfer Partners applied for permission to route the pipeline under the Missouri River’s Lake Oahe reservoir under a law known as Nationwide Permit 12 (NWP), which limits the Army Corps’ assessment of environmental impact to waterways, wetlands, and federally-owned property.

Vehement but largely peaceful opposition began with the Standing Rock Sioux Tribe, whose government-allotted reservation draws drinking water from Lake Oahe. Although the focus of reports largely surrounds tribal rights and government exploitation, the potential for the Dakota Access Pipeline to spill or leak into the Missouri River would affect no less than 18 million people downstream.

Thousands of allies of the Standing Rock Sioux water protectors have joined semi-permanent encampments near the banks of the Missouri from locations around the planet to block construction of the contentious pipeline.

Earlier reports indicated the Corps and the outgoing Obama administration would grant approval for the easement necessary for ETP to begin drilling the pipeline’s path under the Missouri — so the news of a decisive delay will be most welcome.

In its review “that allows for robust discussion and analysis to be completed expeditiously,” the Army Corps plans to scrutinize closely the potential for such pipelines to experience spills and leaks — the issue of imperative concern to Dakota Access opposition, as ETP has a less-than-stellar safety record.

Army Assistant Secretary Jo-Ellen Darcy stated in a letter to Energy Transfer Partners and tribal leaders cited by the Associated Press that “additional discussion with the Standing Rock Sioux Tribe and analysis are warranted.”

While Native American and Indigenous water protectors and thousands of supporters at the camps can now celebrate this reprieve, ETP still remains poised at the edge of Lake Oahe to begin drilling in one of the final phases before Dakota Access is complete.

Prior to Monday’s announcement, construction of the pipeline had continued full speed ahead unimpeded, after requests from the Army Corps of Engineers and President Obama to halt until the permitting process and a federal lawsuit could be decided went brazenly unheeded by ETP.

Indeed, ETP’s tactics in constructing Dakota Access — hiring a mercenary private security firm with untrained handlers and dogs, and requesting a militarized police response — have earned the consternation of human rights advocates the world over.

Besides the potential the pipeline could spill into and contaminate the Missouri River, the Standing Rock Sioux have been vocal in concerns ETP has run roughshod over sites of cultural and historic significance — sacred sites tribal leaders and historians have been unable to thoroughly assess as the land now sits on private property.

Allowing for review and further discussion will provide a much-needed sounding board for the tribe, which has decried the approval process for Dakota Access as deeply flawed and callous to members’ concerns — as previously-filed court documents attest.

According to the United Nations Permanent Forum on Indigenous Issues, at least 412 people have been arrested for actions related to opposing the pipeline, additionally noting “numerous individuals have confirmed that there has been little consultation by the federal government related to the DAPL project.”

Somewhat ironically, the exact controversial process for approval used by ETP — the segmented Nationwide Permit 12 law — facilitated this temporary reprieve and review. Reports did not indicate specifically how much time would be allotted for review, but Darcy intimated the process would be completed in a timely fashion, and the Army would consult with the tribe for a timeline.

An international Day of Action was planned for Tuesday, November 15, with hundreds of planned events and tens of thousands of participants set to show solidarity worldwide.

As the Army Corps of Engineers noted in its statement,

“We fully support the rights of all Americans to assemble and speak freely, and urge everyone involved in protest or pipeline activities to adhere to the principles of nonviolence.”